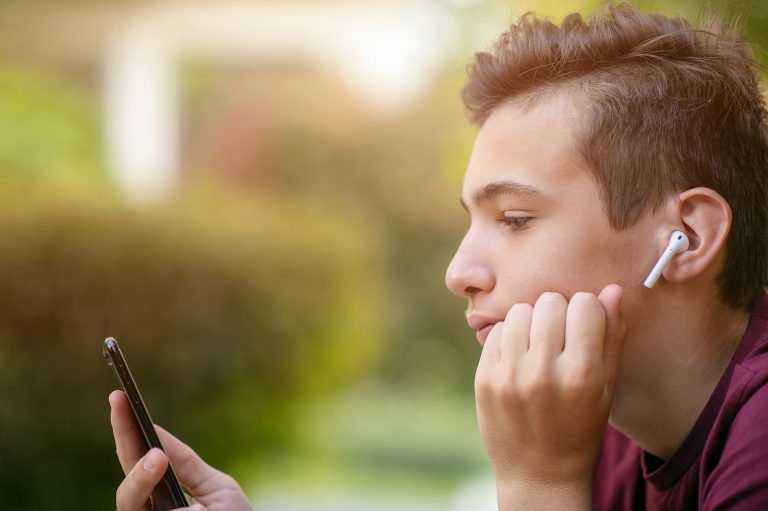 What Every Mother of Teenage Boys Should Know about Pornography

I have a number of sons, spread out far enough that by the time my youngest leaves home I will have been the mother of teenage boys for twenty years.

One of these boys has struggled mightily with pornography. As part of his journey, I have participated in support groups for mothers of porn-addicted children. As a mother, and as a participant, I have seen how devastating this addiction can be for mothers. As mothers who did our very best to create a wholesome home environment, who set standards for what televisions shows were appropriate, who read all the advice about dealing with sexual questions and tried to overcome our own discomfort to help our children be comfortable with their own bodies and impulses, it can be absolutely miserable to find our that our sweet little boy has entered the vicious and demeaning world of shallow, objectified womanhood.

We feel like we have failed our children, failed society, failed the Lord. We second-guess every interaction we ever had with our children about intimacy; we second-guess our decision to filter internet content (or not to), what television we watched and didn’t watch. Mostly, though, we struggle to understand how someone we love and treasure could have turned away from our motherly embrace and toward images and videos we find disgusting and disturbing. And we wonder if there is something we could have said, an example we could have set, that would have blocked our sweet sons from walking down this dangerous, addictive path.

I would like to tell you a story and offer comfort.

When I was pregnant with my fifth child, a boy, something strange happened. I am a perfectly normal woman; I had a few boyfriends in high school and was not always “Molly Mormon” chaste. I never did anything really serious, but I had a few chats with my bishop, and had to put some effort into developing a testimony of chastity and working toward being fully temple worthy.

I assumed I understood what my boys (none teenagers yet at that time) would go through in their own high school years. I felt I could wisely, and with the weight of experience, guide them through the labyrinth of puberty and early loves and lusts.

But very early in this fifth pregnancy, I felt a powerful change in my body and mind. As the baby boy grew, so did my libido. It was fun, and kind of funny, at first—I made jokes with my husband that I felt like a teenage boy, and we laughed about having a second honeymoon. But as time went on the little extra “spark” turned into a roaring bonfire. My husband, who thought this a nice side effect of pregnancy at first, became frustrated with my increasingly single-minded approach to our marriage. I was distracted from my responsibilities at home, disrupted my sleep, and my feelings threatened to entirely take over my life.

If I had not been a married woman, I can tell you without any doubt that I would never have gotten through that pregnancy without breaking the law of chastity. Not because I didn’t have a testimony, and not because I didn’t try, and pray, and distract myself, and read scriptures, and think about how my overwhelming thoughts were taking me away from my sacred responsibilities toward my children and my calling—because something about my hormonal response to this pregnancy was overtaking me. I felt like I was drifting along on a raging river, barely staying afloat, barely able to keep from drowning.

I had never imagined a grown woman could feel like this, and I withdrew from family and friends, completely unable to express to anyone the overwhelming and frightening power of what I felt. I couldn’t think of any way to talk about what was happening to me without people thinking I was “dirty”. But I hadn’t done anything wrong! I hadn’t started this. I was not to blame, and yet, my mind swirled with thoughts and my body swirled with feelings I could not control.

After the baby was born, this strange and unwanted side effect disappeared. It was, undoubtedly, some sort of hormonal reaction to the pregnancy. But I came out of it a changed woman.

One day, finding myself so overwhelmed by sexual thoughts and feelings that I couldn’t care for my children and had to lock myself in my room and wait for the wave to pass, I had prayed to God to take this away. I asked him why in the world, after 5 uneventful pregnancies, this was happening to me. The answer I received was that I “needed to know what it was like”.

Mothers, it’s been many years, but I felt prompted today to write this down for you. I want you to know that I have been through what some of our sons are feeling when they are young and their hormones are fluctuating through them. Obviously, it’s not the same for everyone, but at least for some of them, the hormones are overwhelming in their effects. Sure, some teenage boys might simply make the decision to indulge their worst impulses. But others (and I suspect, most who have been raised in the gospel) aren’t being weak and indulgent so much as facing a tremendously unfair fight. Most of us as women will not ever be subject to the huge swells of testosterone our boys experience, and so don’t understand how they can get involved in such things. But I have, and what I learned is that it is worse than I ever dreamed.

They are not responsible for the river carrying them along, and yet they feel ashamed to ask for help because they think they will be thought “dirty”.

Mothers, nurturing our children is our sacred responsibility. We are obligated to do what we can to protect our children from the evils of pornography and sexual experimentation. We have the sacred calling to demonstrate a different, better, more pure way of living. But we also need to understand that we are living in a new phase of mortality. We live in a world where Satan has arrayed his forces, leveraged all the learning and science mortal minds have amassed, all to ensnare young men and women in pornography. It is designed to be addictive. Even worse, our entire modern culture has been slowly but deliberately eroded, to the extent that many things that would have been considered pornographic in previous generations are now available on public television.

Our ancestors spent their adolescences doing hard physical work morning to night, reading classics and the Bible (if anything), wearing out their hormonal surges with exercise and ignorance. Our sons spend their adolescences sitting at desks, looking at phones, having few responsibilities and surrounded by sexual temptations of every possible kind, and a pornography industry developed by powerful minds for the express purpose of snaring and overcoming young men. The young men so caught are not worse than their ancestors; they are merely placed in a disastrously difficult situation.

However clean and pure we make our homes, our sons (and daughters) may be shown pornography on a friend’s phone in a car, at school, or even at church (trust me on this). We can teach them what to do in situations like that, but some of these children will also be dealing with overwhelming hormones and may get swallowed up, in spite of your teachings and their own honest efforts. The reach and sophistication and manipulative power of those who create and promote pornography is one of the most powerful armies Satan has ever amassed.

Mothers, please understand that involvement in pornography does not necessarily mean your son is dirty, disgusting, weak, or rejecting your teachings. He may have struggled with all his strength against impulses that have proven too strong for him.

And know that if your son struggles, you are not a failure. We are the first women in history to raise children in the internet age. I don’t mean to suggest we can’t protect our children from pornography and other evils. We can, we should, and very often we do. I just mean to say, we are facing a tougher fight than our mothers and grandmothers faced. And even if we do everything right, the effects of pornography aren’t the same for everyone. Some have a much harder fight than others. And all have a harder fight than any generation of boys (or girls) in the entire history of the world before us.

The addicted young man in your life is not disgusting or evil; he’s young, inexperienced, and caught in a river that’s too strong for him. You cannot help him out if you are too overwhelmed by guilt, disappointment, or disgust to throw a lifeline.

Here’s the thing. The mothers of the Church were chosen and prepared for this day. If we are called to parent boys who struggle against their own bodies and the vast forces of the devil, it is because we can do it. We can be the safe space for our sons. We can show them compassion for their struggles, support them when they feel hopeless, and testify of the power of the Atonement. We can’t do much about the plague of pornography or the physical effects of hormones, but we can be mothers to our sons.

The good news is, we are the mothers of the last days –we know how this story ends.

Satan and his minions have power on this earth, sure, and they may temporarily entrap those who are unwary or hormonally vulnerable. But we know the devil is going to lose! We have a Savior, and as long as we don’t give up, we will be on His side in the end.

Wonderful article! The power of the Adversary has been indeed unleashed like never before, and only being diligent in seeking the power of the atonement into our lives can save us from this terrible evil. Latter-Day Saint pioneers were faced with persecution and having to cross the plains under harsh conditions. Our fights against adversity may not be physical but spiritual, but just about as intense.

Excellent subject. I think both mothers and fathers should address this with their sons but also their daughters as well. Fathers may have a stronger influence with this subject than mothers would as they can relate from their own experiences when they were an adolescent boy. Also, a boy may feel more comfortable discussing this subject with dad and a little uncomfortable with talking about it with mom.