What Else Happened on the Fourth of July? | Meridian Magazine 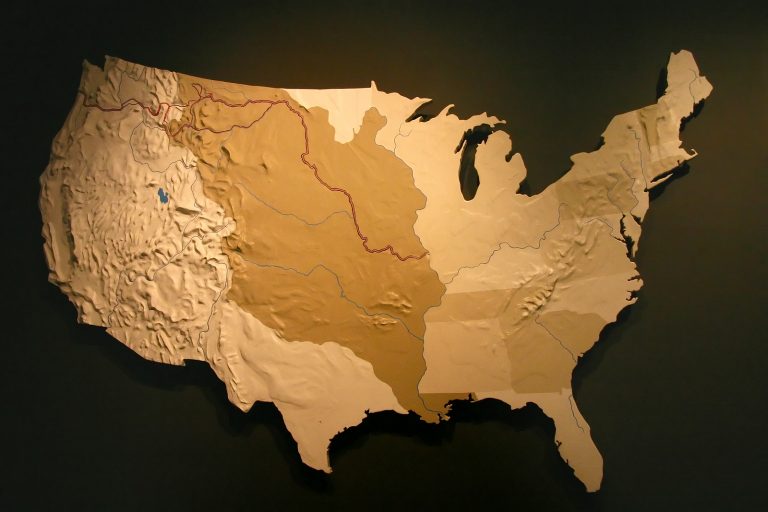 One July 4, 1777, the Virginia Gazette described how the first anniversary of Independence Day was celebrated in Philadelphia. “Yesterday the 4th of July, being the Anniversary of the Independence of the United States of America, was celebrated in this city with demonstration of joy and festivity. About noon all the armed ships and gallies in the river were drawn up before the city, dressed in the gayest manner, with the colours of the United States and streamers displayed. At one o’clock, the yards being properly manned, they began the celebration of the day by a discharge of thirteen cannon from each of the ships, and one from each of the thirteen gallies, in honour of the Thirteen United States” (www.mentalfloss.com/article/57633/first-fourth-july-celebration-1777).

Although celebrations continued year after year throughout the land, it took ninety-four years until June 28, 1870, for the government to make the Fourth of July day a national holiday.

On July 4, 1803, the people of America learned that President Thomas Jefferson had purchased 827,000 square miles of land from France at a cost of $15 million; that’s forty-one cents per acre. Some historians refer to the Louisiana Purchase as “the deal of the century.” Thanks, Napoleon.

On July 4, 1817, a groundbreaking ceremony opened construction on the Erie Canal, which was completed in 1825. This 363-mile canal created a waterway from the Atlantic Ocean to the Great Lakes. It transformed New York, the nation’s economy, and facilitated the growth of the Church of Jesus Christ of Latter-day Saints. Lock twenty-nine, located at the town of Palmyra where Joseph Smith lived from 1816-1828, brought goods and services to Palmyra, New York, facilitated travel for missionaries, and helped the Church move headquarters to Kirtland Ohio. The Erie Canal sped the spread of the gospel much like later technologies would accelerate the growth of the Kingdom of God on earth—electric power, railroad, automobile, telephone, airplane, computer, and the Internet.

On July 4, 1826, both John Adams, the second president of the United States, and Thomas Jefferson, the third president, died.

On July 4, 1831, James Monroe, fifth president of the United States, died on the fifth year anniversary of President Adams and Jefferson’s deaths. The New York Evening Post on July 5, 1831 expressed the opinion that if these three men “had been permitted to choose [they] would probably had selected [July 4] for the termination of their careers.” The same day another New York paper wrote: “It would be difficult to find a parallel in history, three of them have been called away in a good age, on the same proud anniversary.” The Boston Traveler wrote on July 8, 1831: “Again our national anniversary has been marked by one of those events, which it may be scarcely permitted to ascribe the chance” (https://constitutioncenter.org/blog/three-presidents-die-on-july-4th-just-a-coincidence).

On July 4, 1839, Parley P. Pratt escaped from a Richmond, Missouri jail. Parley wrote: “After eight months of weary confinement, the Lord had shown me in a vision of the night the manner and means of escape…. My brother, Orson Pratt, also came to us with a firm impression that we were about to be delivered…. As we sat pondering upon these things, and comparing our visions and manifestations of the spirit on this subject, my brother Orson opened the Book of Mormon, when the first sentence that caught his eye was the words of Ammon to King Lamoni: ‘Behold, my brother and my brethren are in prison, in the land of Middoni, and I go to deliver them!’ This was indeed a similar instance to ours. Ammon, on that occasion had a brother in prison, and also brethren in the ministry, and did deliver them. Our case was exactly similar, not in Middoni, but in Missouri. And, what was still more strange, in a book of six hundred pages, this was the only sentence which would have fitted our case.”

On July 4th, Parley distracted the jailer from possibly becoming aware of their escape plans by asking him for a long pole and red cloth. Parley made a flag with red stripes, an eagle, and “the word ‘Liberty,’ in large letters. This rude flag of red and white was suspended on the pole from the prison window, directly in front of the public square and courthouse, and composed one of the greatest attractions of the day. Hundreds of the people from the country, as well as villagers who were there at the celebration, would come up and stare at the flag, and reading the motto, would go swearing or laughing away, exclaiming, “Liberty! Liberty! What have the Mormons to do with celebrating liberty”(Autobiography of Parley P. Pratt, chapters 31-34). Parley did escape, surviving miracle-by-miracle, with little food or safe shelter for a week. Happily he was reunited with his family in Quincy, Illinois, a journey of almost two hundred miles.

On July 4, 1884, the Statue of Liberty was presented to the United State’s ambassador to France. The 305-foot statue was originally titled, “Liberty Enlightening the World.” A French organization called the Franco American Union raised funds for the statue to symbolize friendship between France and the United States. Lady Liberty, as she is also called, came by ship and was assembled on Bedloe Island, which is now Liberty Island in New York City harbor. At first she was a bright copper color, but within about twenty years, patina had formed over the copper, turning it the greenish-blue color it is today.

On July 4, 1959, the flag of the United States of America with forty-nine stars first flew over Philadelphia, celebrating Alaska becoming the 49th state. This flag with its seven staggered rows of seven was official for only one year. On July 4, 1960, the fifty-star flag with six centered columns of five and five centered columns of four celebrated Hawaii as the fiftieth state.

On July 4, 2020, we will celebrate 244 years since July 4, 1776. However, this birthday celebration for citizens of the United States will be different. Our neighborhood parade that has been held every year since World War II—cancelled. Our neighborhood breakfast—cancelled. Our favorite rodeo—cancelled. Our family traditions—greatly altered. Perhaps because of the pandemic, we will take opportunity to adapt and create new traditions. Perhaps the foundational liberties stated in the Declaration of Independence will mean more. You can read it at https://www.constitutionfacts.com/content/declaration/files/Declaration_ReadTheDeclaration.pdf

Yes, the article brought to my attention some informative and very specific facts of which I was not aware. Love finding new information such as that! Thank you.

Also, on July 4, 1846, Henry David Thoreau "went into the woods" near Concord, MA to begin his two-year experiment in stripped-down living that eventually produced his book Walden. As he wrote., " I wished to live deliberately, to front only the essential facts of life, and see if I could not learn what it had to teach, and not, when I came to die, discover that I had not lived."