What Does the Book of Mormon Teach about the Priesthood? | Meridian Magazine 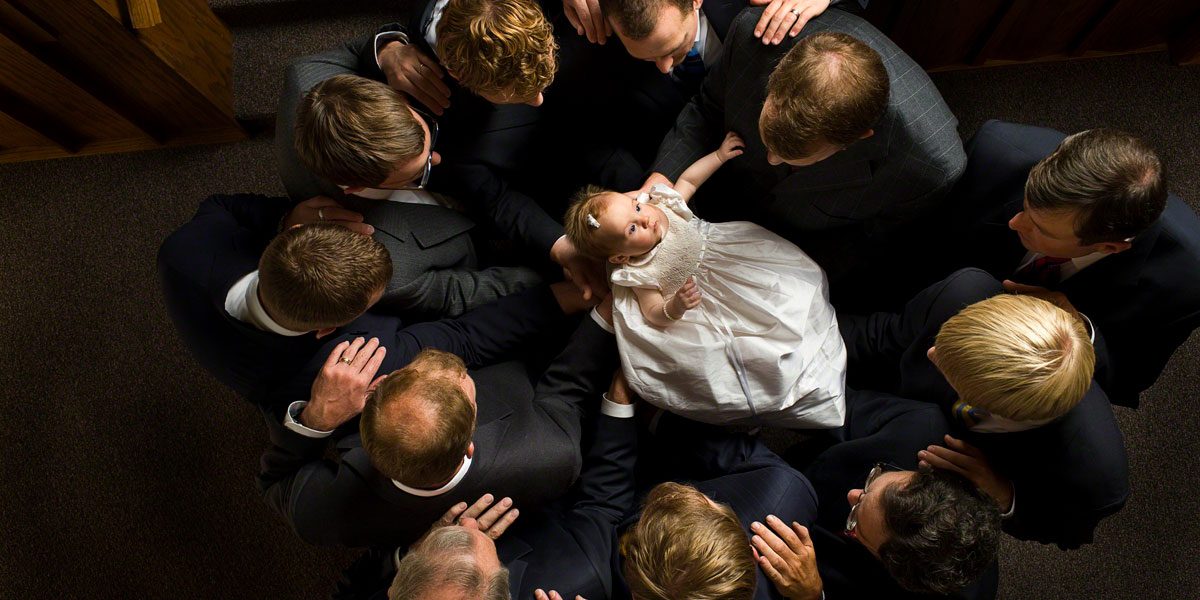 What Does the Book of Mormon Teach about the Priesthood?

“And it came to pass that none received authority to preach or to teach except it were by him from God. Therefore he consecrated all their priests and all their teachers; and none were consecrated except they were just men.”
Mosiah 23:17

The importance of the priesthood is firmly demonstrated throughout the Book of Mormon. For Book of Mormon authors, this divine authority was necessary to preach the gospel, to organize and establish the Lord’s church, and to perform sacred priesthood ordinances.

Early in the Book of Mormon, Nephi declared that “the Holy Ghost giveth authority that I should speak these things, and deny them not” (1 Nephi 10:22). The sons of Mosiah “taught with power and authority of God” (Alma 17:3). Mormon taught his people with “boldness, having authority from God” (Moroni 8:16). And Moroni challenged skeptical readers: “if I have no authority for these things, judge ye; for ye shall know that I have authority when ye shall see me, and we shall stand before God at the last day” (Ether 5:6). These are just a few examples which demonstrate that divine authority to speak the mind and will of the Lord is a key doctrine in the Book of Mormon.

Book of Mormon prophets clearly linked priesthood authority with the establishment of Christ’s church.[1] Alma the Elder, who established a congregation of Christian believers at the Waters of Mormon, was a “high priest, he being the founder of their church” (Mosiah 23:6). As the presiding high priest, Alma “consecrated all their priests and all their teachers,” and “none received authority to preach or to teach except it were by him from God” (v. 17).[2] Similarly, when Jesus visited the people at Bountiful, He gave “power and authority” to twelve disciples, admonishing the people to “give heed unto the words of these twelve whom I have chosen from among you” (3 Nephi 12:1).

The Book of Mormon shows that authority was also necessary to perform saving priesthood ordinances. King Limhi and his people had to wait before they could be baptized because “there was none in the land that had authority from God” (Mosiah 21:33). When Alma baptized at the Waters of Mormon, he made sure to declare that he did so “having authority from the Almighty God” (Mosiah 18:13). Similarly, Jesus explicitly and publicly gave his disciples power to baptize (see 3 Nephi 12:1) and also to “give the Holy Ghost” (3 Nephi 18:37).

Concerning priesthood procedures, Alma the Younger taught that priesthood holders themselves must be “called with a holy calling, and ordained with a holy ordinance” (Alma 13:8), which ordinance he demonstrated “by laying on his hands” (Alma 6:1). Likely noticing that Christ’s instructions about how to baptize were already recorded in 3 Nephi 11:22–28, Moroni made sure to include, in his final farewell, the words and procedures for giving the gift of the Holy Ghost,[3] ordaining men to priesthood offices,[4] and administering the sacrament.[5] That such details were purposefully inserted in the final chapters of the text only solidifies the importance of the priesthood and priesthood ordinances in the Book of Mormon.[6]

Elder Russell M. Nelson has explained that “Priesthood authority has existed in many dispensations” and that our dispensation “will host a whole, complete, and perfect union, welding together dispensations, keys, powers, and glories from the days of Adam even to the present time.”[7] Studying the priesthood in the Book of Mormon can therefore help give clarity and understanding to priesthood keys and authority in the current dispensation.

The priesthood today is necessary to preside over the Lord’s church and to declare the will of the Lord, as it was in the Book of Mormon. It likewise has specific priesthood offices or responsibilities, is conferred by the laying on of hands of those in authority, and is necessary for performing saving ordinances, just as it was in Book of Mormon times. These shared features seem to be fundamental and enduring aspects of the priesthood.[8]

There are differences, of course, between the circumstances, needs, and practices of one dispensation of the gospel and the next, and those differences are instructive as well. It appears that the Nephites only operated under the Melchizedek Priesthood,[9] and for a good portion of their history, they functioned under the Law of Moses.[10] Thus the structure and function of their priesthood offices, such as teacher and priest, were likely somewhat different than those familiar to modern Latter-day Saints.[11] The specific words used for their priesthood ordinances sometimes differed slightly than those given in the present dispensation.[12] And in today’s dispensation, there are added priesthood keys and temple ordinances that either were not always present or were not explicitly recorded in the Book of Mormon (see Doctrine and Covenants 110:11–16).[13]

Although each dispensation of priesthood authority shares essential key features, the organizational structures, offices, keys, and sacred words have been tailored for the varying circumstances and time periods in which each was given.[14] The prophet Joseph Smith explained that the “government of heaven” is conducted by “revelation adapted to the circumstances in which the children of the Kingdom are placed.”[15]

Better than any other body of scripture, the Book of Mormon shows how the priesthood was organized and how it functioned in a former dispensation. Thus by carefully studying it and comparing it to the current dispensation, readers can better understand which aspects of the priesthood are adaptable for different times and circumstances,[16] and which are “without beginning of days or end of years, being prepared from eternity to all eternity” (Alma 13:7).

Elder Jeffrey R. Holland, “Our Most Distinguishing Feature,” Ensign, May 2005, online at lds.org.

[3] See Moroni 2:1–2: “The words of Christ, which he spake unto his disciples, the twelve whom he had chosen, as he laid his hands upon them—And he called them by name, saying: Ye shall call on the Father in my name, in mighty prayer; and after ye have done this ye shall have power that to him upon whom ye shall lay your hands, ye shall give the Holy Ghost; and in my name shall ye give it, for thus do mine apostles.”

[4] Regarding the ordination to callings within the priesthood, following the practice shown the disciples in Bountiful, Moroni recorded: “The manner which the disciples, who were called the elders of the church, ordained priests and teachers—After they had prayed unto the Father in the name of Christ, they laid their hands upon them, and said: ‘In the name of Jesus Christ I ordain you to be a priest (or if he be a teacher, I ordain you to be a teacher) to preach repentance and remission of sins through Jesus Christ, by the endurance of faith on his name to the end. Amen.’ And after this manner did they ordain priests and teachers, according to the gifts and callings of God unto men; and they ordained them by the power of the Holy Ghost, which was in them” (Moroni 3:1–4).

[8] It should also be noted that these essential priesthood functions are intimately connected to the doctrine of Christ. They authoritatively teach and facilitate faith in the Lord Jesus Christ, repentance, baptism for the remission of sins, the reception and gifts of the Holy Ghost, and enduring unto the appointed end.

[9] Thus, special mention of Melchizedek is made in Alma 13:17–19. See Book of Mormon Central, “Why Does the Book of Mosiah Talk So Much about Priesthood Authority? (Mosiah 23:17),” KnoWhy 101 (May 17, 2016); David Rolph Seely and Jo Ann H. Seely, “Lehi and Jeremiah: Prophets, Priests, and Patriarchs,” Journal of Book of Mormon Studies 8, no. 2 (1999), 29: “Lehi and his family certainly had the Melchizedek Priesthood, as evidenced by Alma 13, which describes the Nephite priesthood as Melchizedek. It is likely that Lehi and Jeremiah were part of a Melchizedek Priesthood community in Jerusalem and it is not unlikely that one even received his priesthood authority from the other.”

[12] Naturally, no two languages will share exactly equivalent terms, so any translation of priesthood-related prayers and ordinances will have unavoidable variation. However, the wording of priesthood ordinances has even varied during different times in the same dispensation, and when revealed in the same language. For a treatment of the variations of the sacramental prayers in the Book of Mormon, see John W. Welch, “From Presence to Practice: Jesus, the Sacrament Prayers, the Priesthood, and Church Discipline in 3 Nephi 18 and Moroni 2–6,” Journal of Book of Mormon Studies 5, no. 1 (1996): 120–129. See Scott H. Faulring, “The Book of Mormon: A Blueprint for Organizing the Church,” Journal of Book of Mormon Studies 7, no. 1 (1998): 66–69 for variations in the wording for baptisms, ordinations, and the sacrament.

[16] It should be noted, however, that even though a feature of the priesthood may be adaptable, its modification can only be justifiably carried out when approved by the Lord through his authorized servants. See Book of Mormon Central, “Why Did Moroni Include Mormon’s Condemnation of Infant Baptism? (Moroni 8:12),” KnoWhy 253 (December 15, 2016).