What Do We Know About Nephite Language? | Meridian Magazine 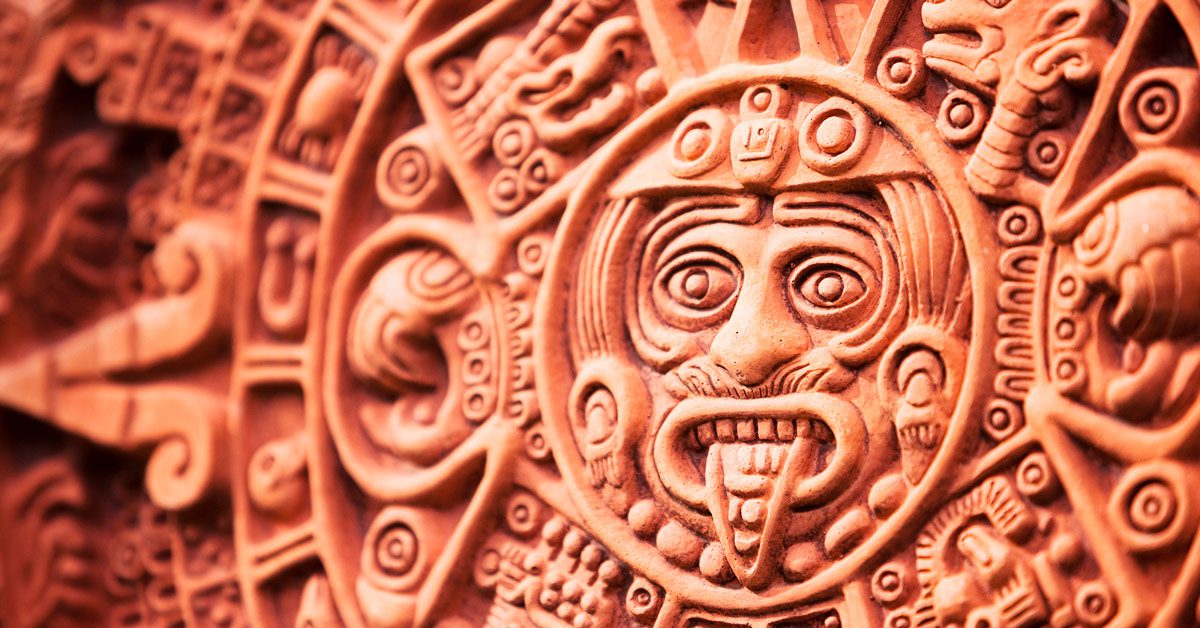 What Do We Know About Nephite Language?

“We have written this record according to our knowledge, in the characters which are called among us the reformed Egyptian, being handed down and altered by us, according to our manner of speech. And if our plates had been sufficiently large we should have written in Hebrew; but the Hebrew hath been altered by us also; and … none other people knoweth our language.” Mormon 9:32–34

Efforts to understand Nephite language have naturally focused on Hebrew and Egyptian, since those are the languages mentioned in the Book of Mormon itself (1 Nephi 1:2; Mormon 9:32–33).1 As productive and fruitful as these studies have been, it is important to remember that Nephite language did not remain stagnate over the course of their history. After assisting his father in compiling and abridging a near-millennium worth of Nephite records, Moroni noted that both their Egyptian and Hebrew had been “altered” over time, to the point that “none other people knoweth our language” (Mormon 9:32–34).

Languages can, and indeed often do, change drastically over long periods of time, to the point where earlier stages of the same language can be completely undecipherable to contemporary speakers. Old English from around 1000 years ago, for example, is mostly unintelligible to modern English speakers today. So without direct access to Nephite records in their original language, it is impossible to determine just how extensive Nephite languages had been altered and changed. As John L. Sorenson concluded, “Altogether, these facts mean that we have no idea what language Mormon was using.”2

In recent decades, research into Native American languages by linguist Brian D. Stubbs may help clarify questions about Nephite linguistics. Stubbs is an established authority on the Uto-Aztecan language family, which includes around 30 languages spoken by natives primarily in western Mexico and the southwestern United States.3 He also has a background in Semitic and Near Eastern languages, giving him a rare combination of training in languages from both the Old and New Worlds.4

As Stubbs began to study Uto-Aztecan languages, he noticed a lot of similarities to the Semitic languages he had studied previously. In the early stages, he identified several hundred potential cognates (words having the same linguistic origin) between Hebrew and Uto-Aztecan.5 As he continued his studies, the list expanded to over 1000 potential connections, and he discovered links to Egyptian as well.6 Finally, after three decades of research, Stubbs published a comprehensive study documenting 1528 total connections between Uto-Aztecan and Semitic or Egyptian languages.7

As impressive as this list is, Stubbs suspected that any proposal arguing that Old World languages had a significant impact on a New World language family would be met with skepticism and resistance. He thus put forth diligent effort to make sure he applied the strictest of methodological tools to his studies. For example, in his long lists of possible cognates, Stubbs has documented a consistent pattern of sound shifts. This adds strength to his impressive data because cognate terms in related languages often exhibit consistent phonetic changes.

For instance, in Uto-Aztecan, Stubbs noticed that the b sound in Semitic words consistently became kw, similar to a shift known to occur in other related languages.8 Thus, the Semitic baka(y), “cry,” relates to the reconstructed Uto-Aztecan term kweke, which also means “cry.”9 And the Semitic term bahamat, meaning “back,” corresponds with the Uto-Aztecan term kwahami, “back.”10 In each instance and around 40 others, the words and meanings are nearly identical, and each exhibit a shift from b in Semitic to kw in Uto-Aztecan.

The presence of two different common and consistent shifts for the Semitic b (one to kw and another to p), along with several other details, suggested to Stubbs that there were two strains of Semitic that influenced Uto-Aztecan, each with its own set of distinguishing features. Both appear to be Hebrew, but one (what Stubbs calls Semitic-p) shows influence from Aramaic,17 while the other (Semitic-kw) appears to have Phoenician influence.18 The Egyptian cognates manifest many of the same consistent sound shifts as the Semitic-p cognates.19

Each component contributes 400–700 (out of the total 1528) potential cognates with Uto-Aztecan. This is noteworthy because typically only 50–200 cognates are enough to establish a relationship between two languages.20 Altogether, Stubbs estimates that approximately 30–40% of Uto-Aztecan is derived from Semitic and Egyptian languages,21 which he argues mixed with the Native American components of Uto-Aztecan between 2500–3000 years ago.22

Significantly, Stubbs finds that recognizing the presence of creolized Semitic and Egyptian in Uto-Aztecan resolves seven out of nine persistent, unanswered questions linguists have about Uto-Aztecan.23 Thus, this data has the kind of “explanatory power” that “linguists look for to identify the best among competing theories to explain what happens in language.”24

Although some linguists have voiced reservations,25 several linguists and other scholars have been impressed with Brian Stubbs’ thorough work.26 Stubbs himself recognizes that “a general acceptance among linguists of Uto-Aztecan’s tie to the Near-Eastern languages will take a while or may never happen.” Nonetheless, he is confidant “the case of Uto-Aztecan’s Near-East tie is strong.”27 Even if the data is sound, Stubbs’ has acknowledged that finding Hebrew or Egyptian in a Native American language family does “not necessarily prove the Book of Mormon, since a Semitic element … could possibly have arrived independent of Lehi and Mulek.”28

Nevertheless, this data dovetails remarkably well with what is presented in the Book of Mormon.29 The book reports the influx of two Semitic-speaking peoples into the New World, within relatively close geographic proximity to each other, in the early sixth century BC. The first group—Lehi and his family—had roots in the Northern kingdom of Israel (1 Nephi 5:14). Northern Israel bordered Aramaic speaking regions, which influenced their dialect of Hebrew.30This same group also had knowledge of Egyptian (1 Nephi 1:2). This could account for the presence of Aramaic-influenced Hebrew (Semitic-p), plus Egyptian with similar sound shifts in Uto-Aztecan.

Less is known about the second group (the people of Mulek), except that they left from Jerusalem around the same time as the first, and by the time the two groups merged (in the second century BC), their languages were already mutually unintelligible (Omni 1:15–17). Giving careful consideration to subtle clues, though, Latter-day Saint scholars have suggested that they came to the New World aboard a Phoenician vessel.31 This could account for the presence of Phoenician-influenced Hebrew (Semitic-kw), with sound shifts independent of the other two strands of Near Eastern language in Uto-Aztecan.

Stubbs proposes that Uto-Aztecan may descend from the Nephite-Mulekite language from around the time of Alma.32 If that is the case, it can provide what he calls a “blurry snapshot” of Book of Mormon language.33 Blurry as it may be, the potential insight this snapshot can provide into Book of Mormon linguistic studies has not yet been fully realized.

For example, Uto-Aztecan could potentially be used to supplement studies of Book of Mormon names, which have been predominantly focused on ancient Near Eastern languages up to this point.34 Also, since several of the Semitic and Egyptian cognates in Uto-Aztecan deal with plants and animals, these words may inform questions about seemingly anachronous plants and animals in the Book of Mormon.35

In addition to informing readers about certain aspects of the text, Stubbs’ findings, assuming they are sound, may be among the more powerful evidences yet found for the Book of Mormon.36 As Stubbs explained:

The strength of language evidence is that if enough of it has been preserved to be documented linguistically, then language is among the strongest kinds of evidence. Language families cannot be fabricated. Written records unearthed in the Americas are often labeled hoaxes … but language ties, when apparent, show specific ties from ancient to modern times, and the thousands of speakers of the related languages are beyond fabrication.37

With Stubbs’ formidable publications now on the table, this evidence has the potential to bring greater light onto Nephite language, and thus onto the sacred text of the Book of Mormon.

Jeff Lindsay, “The Next Big Thing in LDS Apologetics: Strong Semitic and Egyptian Elements in Uto-Aztecan Languages,” Interpreter: A Journal of Mormon Scripture 26 (2017): 227–267.

4.Specifically, Stubbs took Hebrew, Arabic, and Egyptian (as well as Navajo) as an undergrad at BYU. He then began graduate work in Semitic studies at the University of Utah before switching to linguistics, completing an MA with an emphasis in Uto-Aztecan languages. He then continued toward a PhD (ABD) in Semitics.

5.Stubbs’ work was first reported on by FARMS, in December 1987. See “Hebrew and Uto-Aztecan: Possible Linguistic Connections,” in Reexploring the Book of Mormon: A Decade of New Research, ed. John W. Welch (Salt Lake City and Provo, UT: Deseret Book and FARMS, 1992), 279–281. FARMS made a preliminary report of his work available the following year, with 206 proposed connections. See Brian Stubbs, “Elements of Hebrew in Uto-Aztecan: A Summary of the Data,” FARMS Preliminary Report, 1988.

30.For example, Gary A. Rendsberg, How the Bible is Written (Peabody, MA: Hendrickson, 2019), 491–500 discusses “Israelian Hebrew” (Hebrew spoken by northern Israelites), mentioning and even providing examples of Aramaic influence.

35.See Stubbs, Exploring, 338–340 for a list of plant and animal cognates. Several of these examples involve loan-shifting the Semitic and Egyptian terms from Old World species to similar New World species. Jeff Lindsay, “The Next Big Thing in LDS Apologetics: Strong Semitic and Egyptian Elements in Uto-Aztecan Languages,” Interpreter: A Journal of Mormon Scripture 26 (2017): 256–257 explores a similar possibility with terms related to metallurgy.