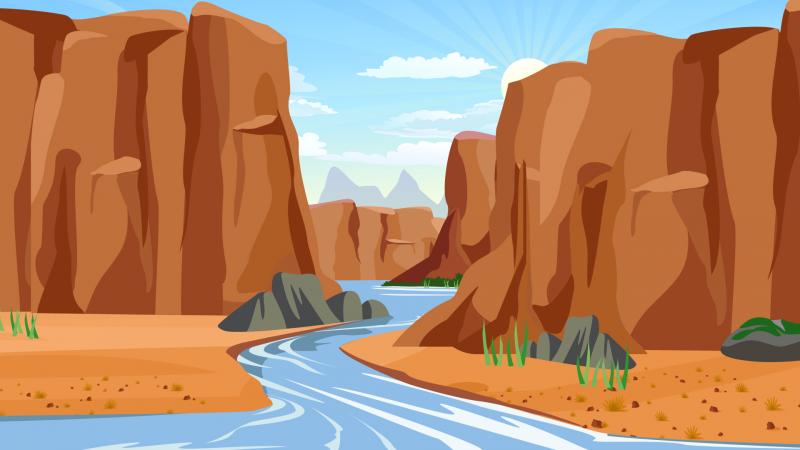 VIDEO: “We Think We’ve Found the Valley of Lemuel in Saudi Arabia”

To view this post on Book of Mormon Central.

Thanks to archaeology and on-the-ground surveying, scholars have made progress in identifying locations mentioned in the Book of Mormon. Along Lehi’s journey to the promised land, scholars have identified possible locations for Nahom and Bountiful. Evidence Central now presents evidence to help identify the Valley of Lemuel in a river-valley in northwest Arabia called Wadi Tayyib al-Ism.

This wadi sits between cliffs in the Sarawat Mountains of Arabia, and contains a perennial source of water, as described in 1 Nephi 2:6–10. Many riverbeds in Saudi Arabia overflow with water during the rainy season, however, a continuously flowing source of water is rare. Wadi Tayyib al-Ism does indeed contain a stream of water that flows out the Red Sea year-round. In addition, it is located in approximately the right geographic location, being three-days journey from Jerusalem (1 Nephi 2:6). Evidence Central summarizes,

The stream running through Wadi Tayyib al-Ism is currently the only documented perennial river or stream in northwest Arabia that continually flows into the Red Sea—and it happens to be within a narrow 30-mile window wherein the Valley of Lemuel should be located. It is impossible to be certain if Wadi Tayyib al-Ism is the Valley of Lemuel, but the existence of this site, at the right place, with its “firm and steadfast” granite walls and “continually running” stream, demonstrates with certainty that a river-valley like the one described in 1 Nephi 2 really exists.

Standard sources on Arabia in Joseph Smith’s day failed to document even the presence of wadis with seasonal rivers in this region. And even as late as 1984, a comprehensive geological survey concluded that Saudi Arabia “may be the world’s largest country without any perennial rivers or streams.” As Daniel C. Peterson asked, “How did Joseph Smith know about the Wadi Tayyib al-Ism? Even in our information-rich contemporary environment, what could most of us say about it?”

You mean like "today most scholars agree that the best option is a river valley called Wadi Tayyib al-Ism, discovered in 1995 by Latter-day Saint explorers George Potter and Craig Thorsted." in the text of the article. Or, "According to Warren Aston, who has carefully explored the surrounding regions..." Or the list of several books and articles listed in the notes and bibliography?

It would be nice if you gave credit to those who originally discovered this place instead of giving the impression that you made the discovery.