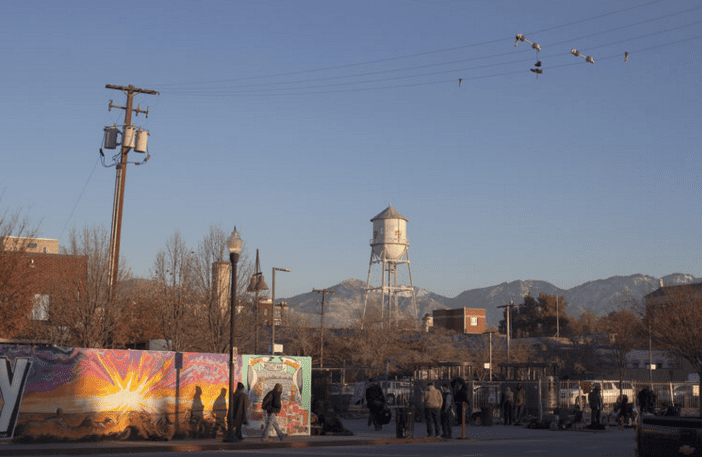 Cover image: The Road Home is a private nonprofit social services agency that assists homeless individuals and families, in downtown Salt Lake City, Utah. Here, a view from outside. Image via NPR.

A decade ago, Utah set itself an ambitious goal: end chronic homelessness.

As of 2015, the state can just about declare victory: The population of chronically homeless people has dropped by 91 percent.

The state’s success story has generated headlines around the country, and even The Daily Show With Jon Stewart looked to Utah to understand how the state achieved its goal.

In fact, Utah still has a substantial homeless problem. The overall homeless population is around 14,000.

The chronically homeless, on the other hand, are a subset of the homeless population that is often the most vulnerable. These are people who have been living on the streets for more than a year, or four times in the past three years, and who have a “disabling condition” that might include serious mental illness, an addiction or a physical disability or illness.

According to the Department of Housing and Urban Development, that represents about 20 percent of the national homeless population.

By implementing a model known as Housing First, Utah has reduced that number from nearly 2,000 people in 2005, to fewer than 200 now.

To read the full story on NPR, click here.