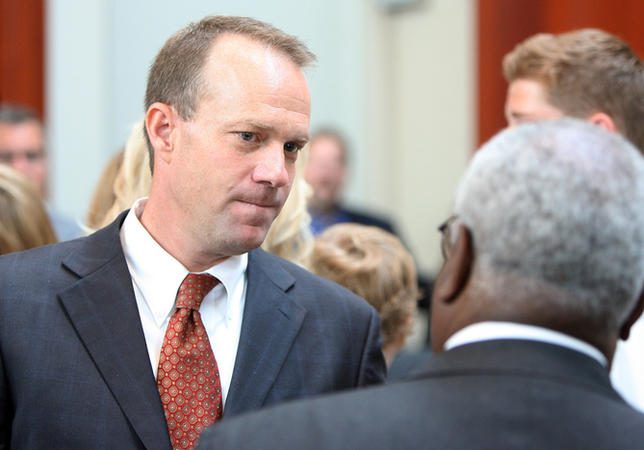 Trump, the presumptive GOP nominee for president, unveiled a list of 11 candidates Wednesday that he intends to vet to replace the late Antonin Scalia if he’s elected to the White House.

Trump said in statement that the list “is representative of the kind of constitutional principles I value” and said that, as president, he would use it “as a guide to nominate our next United States Supreme Court justices.”

Lee is the brother of Sen. Mike Lee, R-Utah, and the son of the late Rex E. Lee, who served as U.S. solicitor general in the Ronald Reagan administration.

“I don’t know everyone on the list, but those I do know would all be great Supreme Court justices,” Mike Lee said. “Of course I do believe one name on that list stands head and shoulders above the rest.”

National conservatives were pushing Trump earlier this year to consider Mike Lee to fill the vacancy. But the senator’s office said he already has the job he wants and is looking forward to advancing his conservative reform agenda in the Senate.

I can seriously think of little worse than being chose by Donald Trump for anything.

I have known Justice Lee's Father when he was Dean of the BYU Law School, and incidentally my Stake President. One could expect that, coming from such a family - their maternal Grandfather served a Mission President in the France-Paris Mission, back in the late 60's/early 70's - he and his brother Mike Lee would make great politicians. However, one cannot help wondering whether the choice from Donald Trump is not essentially political. This would make him more sympathetic to the LDS community and Conservatives in general than currently is the case...