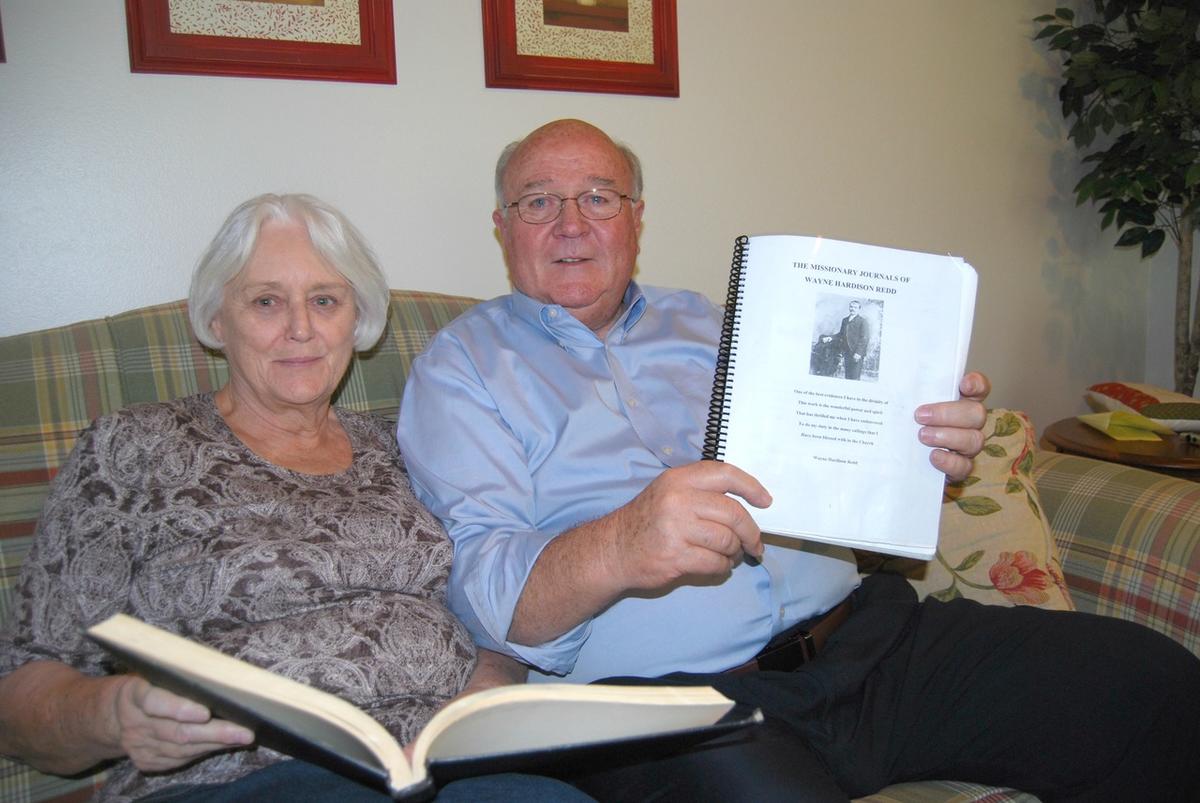 On several occasions last fall, Harold and Patricia Redd found themselves pulling over on a rural Alabama road to study the atlas, already having forsaken the GPS unit.

When that didn’t help, the elderly couple from Utah frequently turned in at the nearest country store and approached the friendly clerk.

The married couple of more than 50 years didn’t feel lost, just a little disoriented. But on this investigative adventure, missed turns were usually fortuitous.

The Redds went to rural Alabama to pursue their version of the genealogy TV show, “Who Do You Think You Are?“, primarily using the journal of Harold’s LDS missionary grandfather to retrace his two-year journey through the Deep South. The experience involved some unexpected twists and pleasant cultural surprises, but having never met his granddad in this life, it was ultimately rich and rewarding, Harold Redd said.

“I felt like he (grandpa) was aware and pleased that we were there,” Harold Redd said. “I felt we were led by the Spirit.”

“For Harold, this was the culmination of years of reading these journals and wanting to go and see where his grandfather served,” Patricia Redd said. “What we found was a lot more than we expected.”

Harold’s grandfather, Wayne Hardison Redd, served a mission for The Church of Jesus Christ of Latter-day Saints in the Southern States, laboring in Alabama and parts of Georgia and South Carolina from 1896-1898. He later served two terms in the state legislature, a mission to California and as a president of the San Juan LDS Stake, among other life experiences, before he died in 1936.

One of the treasures Wayne Redd left behind were his mission journals. His grandson obtained copies of the six handwritten volumes, along with a 300-page, typed and spiral-bound version. As he read and re-read the pages, Harold Redd became enthralled with his grandfather’s writings.

“You always wish there was more,” Redd said. “It’s a good journal and what it contains is really interesting to me. … As I read I wanted to see what he saw.”

Harold Redd had never been to the South, but given his passion for history and geography, a road trip was a no-brainer. The Redds traveled to Alabama for about 10 days in 2015 and returned in 2016, renting a small home in a central location for an extended three-month stay.