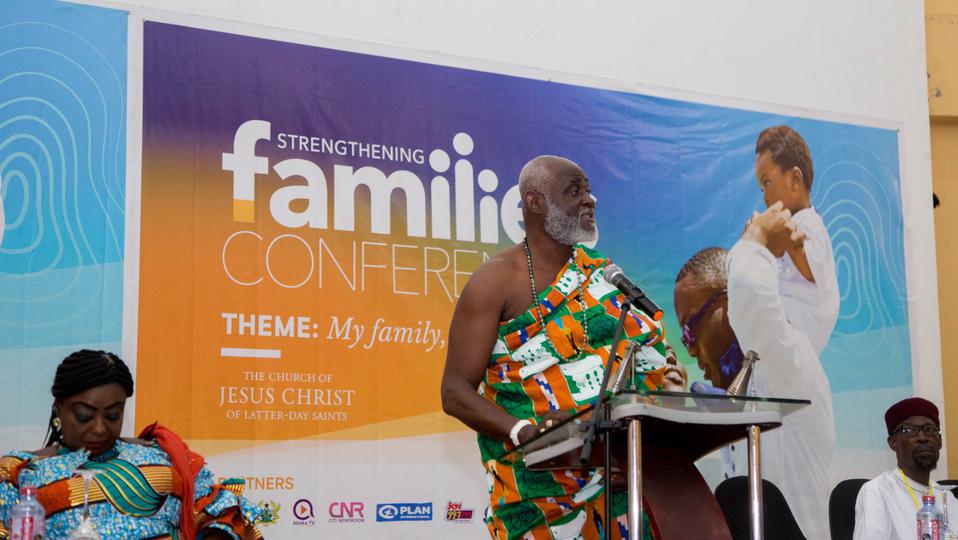 Updates from Latter-day Saints from Around the World: Pacific, Guatemala, Ghana, Japan

Go to the Church Newsroom website to read more about how the partnership is helping the homeless find shelter.

Canada: Prince Edward Island Latter-day Saints Feed the Hungry
Members of The Church of Jesus Christ of Latter-day Saints throughout the world are working hard to reduce poverty and hunger. This work is carried out by Latter-day Saint Charities on a global level, bishops’ storehouses on a regional level, and individual members and congregations on a local level.

Frank and Vivian Dourte of Gaspereaux on Prince Edward Island are doing their part. For the Dourtes, 2017 was a significant year — Frank concluded his service as a Church branch president, and Vivian completed a difficult year of cancer treatment. They found themselves seeking a new opportunity to serve their community.

Read about that new opportunity on the Canada Newsroom website.

Pacific: Missionaries Clear River for Business Transportation
Boats play an important role in the island nation of Kiribati and Latter-day Saint missionaries have been volunteering their time to clear and widen a passageway for local boats engaged in business to come ashore along the riverbanks.

The missionaries’ efforts have enabled boat owners to keep their crafts safe at night. In addition to working on the river, the missionaries helped clean up the Aratokotoko Primary School in Buota Village, North Tarawa. The school has about 200 students from Buota and surrounding villages.

Go to the Pacific Newsroom website for more information.

Guatemala: Young Latter-day Saints Plant Trees
Members of the Church planted 120 trees in a protected area of the Pacaya Volcano National Park. A group of 40 single adults, between the ages of 18 and 30 volunteered.

It’s hoped that the trees will improve the environment and serve as a refuge for the different species of birds in the area according to park rangers.

Ghana: West Africa Pioneers Strengthening Families
The Ghana Ministry of Gender, Children and Social Protection has partnered with The Church of Jesus Christ of Latter-day Saints and other organizations to protect the family.

Go to the Ghana Newsroom website to read more about the conference.

USA: Latter-day Saint Youth in Ohio Engage in Unique Service
This summer, in Cleveland, Ohio, about 120 Latter-day Saint youth and local Church leaders accepted a unique service opportunity by constructing 25 prosthetic hands for “Hands of Gratitude.” The project is an exceptional team-building program in which participants assemble 3D-printed prosthetic hands needed by tens of thousands of people around the world. The completed devices are donated at no cost to recipients; the experience, for both the builders and the recipients, is invaluable.

With a continued sense of purpose in serving, youth and leaders were also involved in a recent Special Olympics event, packing 4,600 lunches for the participants. The youth also helped during the Special Olympics track and field games. They served, cheered and realized that all who participated were winners; coming in first or sixthplace wasn’t important.

Read more about what the youth did on the Newsroom website.

Japan: Day of Service Spent at the Beach
A local beach was the site of a national day of service in Japan as Latter-day Saints of all ages helped clean the area of plastic and other refuse.

A fisherman saw people in Helping Hands yellow vests and called out, “What are you guys doing?” Acknowledging this was an organized cleaning project, he said, “Oh, it’s good for the fish.”

Learn more about the national service day project on the Japan Newsroom website (Japanese).USA: Pioneer Monument Rededicated in Southern California The Fort Moore Pioneer Memorial in downtown Los Angeles, California, has been rededicated following a major refurbishment. The monument is located on Fort Moore Hill, where the Mormon Battalion built a fort in 1847.

The Church of Jesus Christ of Latter-day Saints and the Sons and Daughters of Utah Pioneers sponsored and funded a portion of the memorial, which includes a 68-foot-high freestanding pylon created to give emphasis to a 73-foot-high flagpole.

Read about the monument’s history on the Newsroom website.