Update on the New Hymnbook: Sorting through 16,000 Submissions | Meridian Magazine 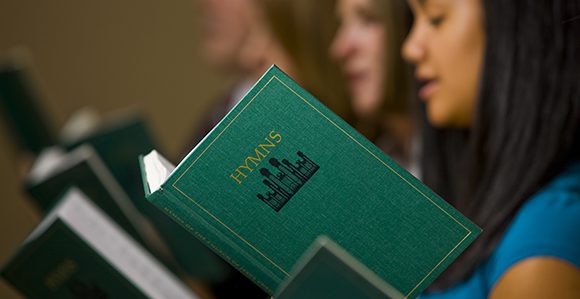 Update on the New Hymnbook: Sorting through 16,000 Submissions

Members of The Church of Jesus Christ of Latter-day Saints are no doubt anxious to know what hymns will be in the revised hymnbook announced two years ago. Along with the announcement came a request for member feedback about sacred music. A call that was answered by over 50,000 people who submitted their responses.

Along with feedback, the invitation was issued to submit new, original music to be included in the future hymnbook that will be consistent throughout the world and across languages.

In the June 2018 press release, Elder Ronald A. Rasband said, “We recognize the power that sacred music has to unify the members of the Church throughout the world. We desire to offer a consistent core collection of hymns and songs in every language that reflects the diverse needs of the global Church in our day.”

Apparently over 16,000 music submissions were received from members in over 66 nations. In an update on the project from this month’s Church magazine, it was clarified that “these original hymns and songs are being reviewed blindly in multiple rounds by an international group of talented members and by the revision committees at Church headquarters.”

The process is understandably a lengthy one and will yet take several years, but the committees are “grateful to members throughout the world for offering their time and talents to help others come closer to the Savior through sacred music.”

Read the full update on the project at ChurchofJesusChrist.org.

Why do we even need new hymns? There are plenty of amazing, traditional hymns in existence that, criminally, aren't even in the current book - Lord Of All Hopefulness, The Lord's My Shepherd (Crimond), Love Divine All Loves Excelling, At The Name Of Jesus, etc, etc. I'm afraid our hymn book is in grave danger of becoming a book of camp fire songs.

Several years??? I thought the plan was to have a new hymnal much sooner than that.