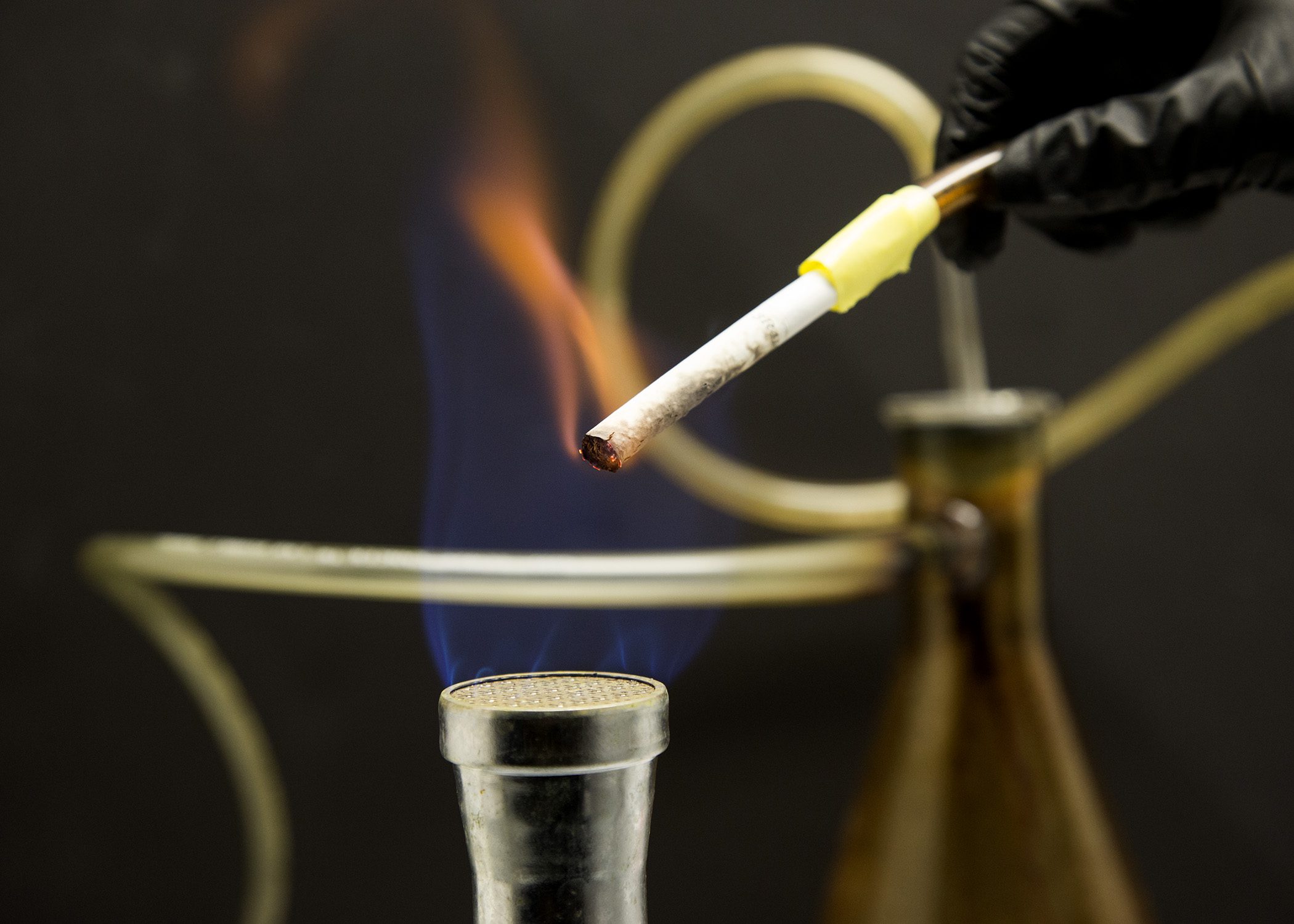 A BYU study published in the American Journal of Physiology: Endocrinology and Metabolism finds that exposure to cigarette smoke can actually cause weight gain. But here’s the kicker: Secondhand smoke is the biggest culprit.

“For people who are in a home with a smoker, particularly children, the increased risk of cardiovascular or metabolic problems is massive,” said author Benjamin Bikman, professor of physiology and developmental biology at Brigham Young University.

Data shows half of the U.S. population is exposed at least once daily to secondhand cigarette smoke and approximately 20 percent of young children live with someone who smokes in the home. Every day, almost 4,000 young adults smoke their first cigarette and 1,000 become habitual smokers.

Bikman and BYU colleague Paul Reynolds’ interest in cigarette smoke is tied to metabolic function: they wanted to pinpoint the mechanism behind why smokers become insulin resistant. To carry out their study, they exposed lab mice to side-stream (or second-hand) smoke and followed their metabolic progression.

Sure enough, those exposed to smoke put on weight. When they drilled down to the cellular level, they found the smoke triggered a tiny lipid called ceramide to alter mitochondria in the cells, causing disruption to normal cell function and inhibiting the cells’ ability to respond to insulin.

“The lungs provide a vast interface with our environment and this research shows that a response to involuntary smoking includes altering systemic sensitivity to insulin,” Reynolds said. “Once someone becomes insulin resistant, their body needs more insulin. And any time you have insulin go up, you have fat being made in the body.”

The key to reversing the effects of cigarette smoke, they discovered, is to inhibit ceramide. The researchers found the mice treated with myriocin (a known ceramide blocker) didn’t gain weight or experience metabolic problems, regardless of their exposure to the smoke. However, when the smoke-exposed mice were also fed a high-sugar diet, the metabolic disruption could not be fixed. Now Bikman and his team are in a race with other researchers to find a ceramide inhibitor that is safe for humans.

“The idea that there might be some therapy we could give to innocent bystanders to help protect them from the consequences of being raised in a home with a smoker is quite gratifying,” he said.

And what about the smokers themselves? Bikman said that one is easier said than done.

“They just have to quit,” he said. “Perhaps our research can provide added motivation as they learn about the additional harmful effects to loved ones.”