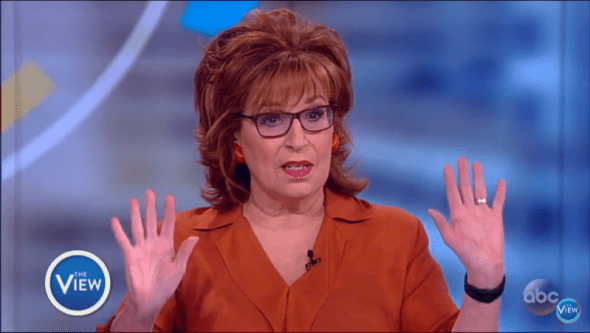 Joy Behar, co-host of ABC’s “The View” placed a private phone call to Vice President Mike Pence apologizing for her anti-Christian slur aimed at him on her television show in February.

Then on Tuesday she admitted on air, “I think Vice President Pence is right. I was raised to respect everyone’s religious faith and I fell short of that.”

The incident that raised the outcry was when Omarosa Manigault Newman, a fired Trump employee was featured on the show and said, “Everybody who’s wishing for impeachment might want to reconsider. We would be begging for days of Trump back if Pence became president…He’s scary,” Newman said. “I’m a Christian. I love Jesus, but he thinks Jesus tells him to say things.”

Behar answered, “It’s one thing to talk to Jesus. It’s another thing when Jesus talks to you. That’s called mental illness—if I’m not correct—hearing voices.” Then in a jab at Mike Pence’s policy of not dining alone with other women besides his wife, she joked, “Can he talk to Mary Magdelene without his wife in the room?”

It is ironic in this day when so many powerful men are being accused of sexual harassment that Mike Pence should be skewered for being scrupulous, but his concern was about the attack on religion.

He told C-SPAN, “I just think it demonstrates how out of touch some people in the mainstream media are with the faith and values of the American people that you could have a major network like ABC permit a forum for invective against religion like that. I just call them out on it, not because of what was about me, but it’s just simply wrong for ABC to have a television program that expresses that kind of religious intolerance. We’re better than that. Our country is better than that.”

The Media Research Center, conservative watchdogs of the media, called for Christians to let ABC know of their concern and 43,000 people called and wrote the network and advertisers.

Brent Bozell, head of the Media Research Center said, “While our campaign is over, let it be made clear: we will not hesitate to come after any TV personality or media figure who engages in this type of anti-Christian bigotry. Nor will we spare any effort to denounce the sponsors of such hatred. Christians are fed up, and aren’t going to take it anymore.”