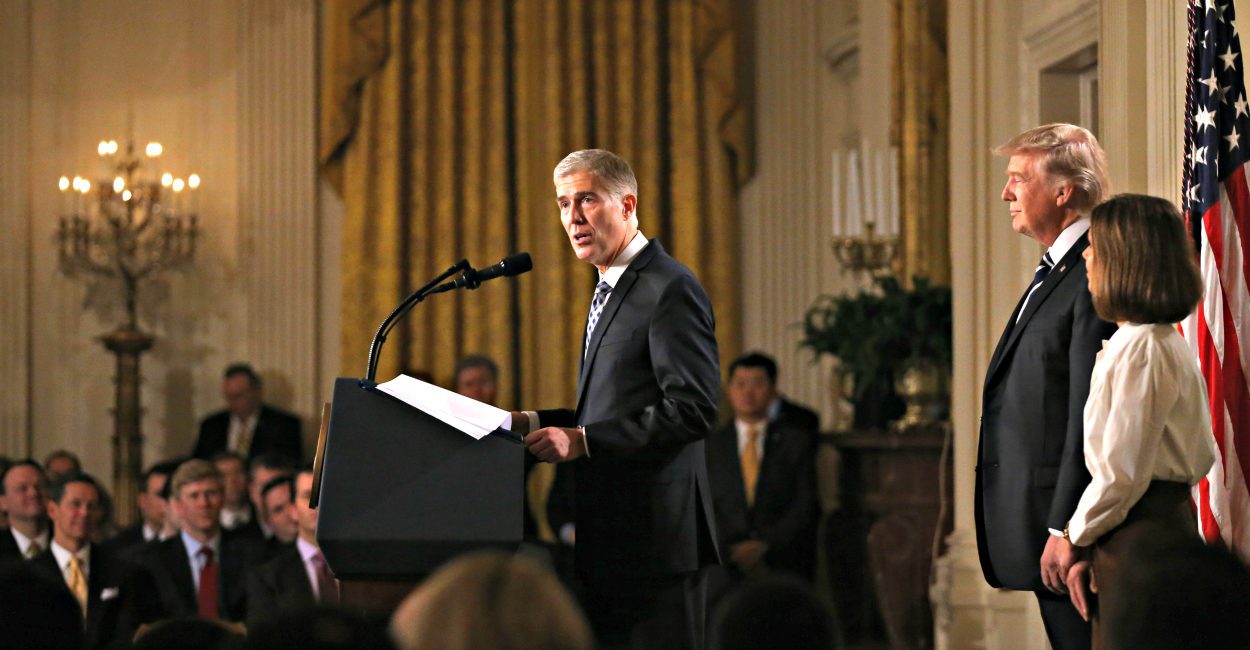 President Donald Trump on Tuesday night nominated Judge Neil Gorsuch to the U.S. Supreme Court, using the first prime-time address of his presidency to fulfill a campaign pledge to name a conservative to the high court.

“I have selected an individual whose qualities define, closely defined, what we’re looking for,”  Trump said in introducing Gorsuch to guests and reporters gathered in the East Room of the White House shortly after 8 p.m. “Judge Gorsuch has outstanding legal skills, tremendous discipline, and has earned bipartisan support.”

It’s now up to the Senate to decide whether Gorsuch, a judge on the U.S. Court of Appeals for the 10th Circuit, will fill the nearly year-old vacancy left by the death of Justice Antonin Scalia, a staunch conservative.

Gorsuch, after being introduced by Trump, said: “Standing here in a house of history, and acutely aware of my own imperfections, I pledge that if I am confirmed I will do all my powers permit to be a faithful servant of the Constitution and laws of this great country.”

“Justice Scalia was a lion of the law,” he added. “Agree or disagree with him, all of his colleagues on the bench shared his wisdom and his humor. And like them, I miss him.”

Gorsuch, 49, brings a strong record on gun rights and religious freedom, and what admirers call a clearly articulated judicial philosophy.

What an outstanding pick for the Supreme Court! How the left can oppose such a fine man baffles me! I pray he will be nominated soon!