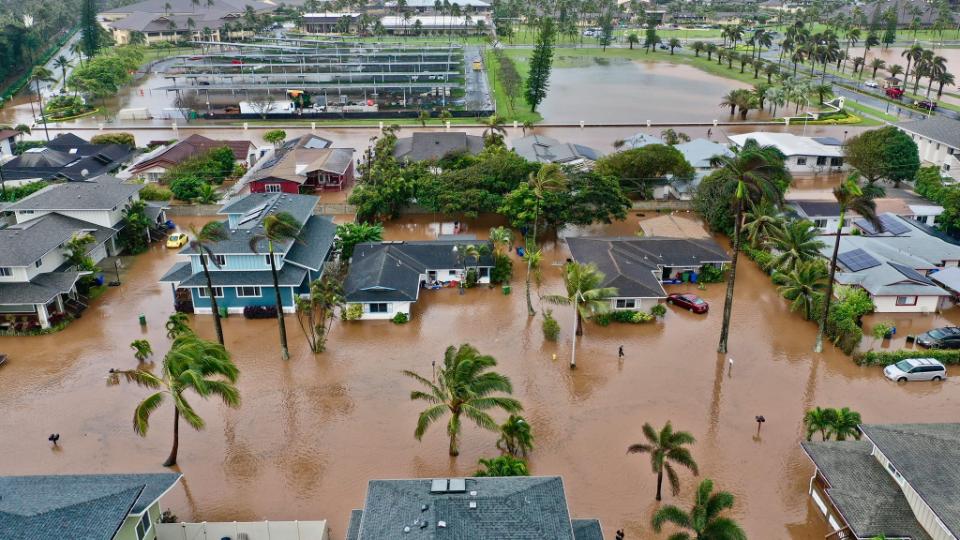 Torrential rains moved through Hawaii on March 8-9, 2021, causing flooding across much of Windward and North Shore Oahu, including the town of Laie, home to the Polynesian Cultural Center, Brigham Young University–Hawaii and the Laie Hawaii Temple of The Church of Jesus Christ of Latter-day Saints.

Unusually heavy rain caused catastrophic flooding across the state, according to a statement released by R. Eric Beaver, president of Hawaii Reserves, Inc. (HRI). The flooding damaged homes, businesses and property. Most of the damage in Laie specifically was caused by overflow of the Wailele Stream and occurred on Tuesday, March 9.

This is not the first time Wailele’s flooding has caused problems. A federal effort to solve its flooding began in the mid-1990s and in 2019 a study was completed that concluded that an improvement project should move forward. “We are hopeful that design and construction of the Wailele flood control project will be expedited to prevent future damage in our community” Beaver said.

BYU–Hawaii spokesperson Laura Tevaga expressed gratitude for the safety of the school during the flooding. “We were very fortunate with this storm. We have some wet carpets and other clean-up we need to do. Our campus drainage system worked as best as it could given the unusual amount of rain we received in such a short period of time.”

James Brown, the BYUH architect, described the nature and extent of the damage to campus buildings. “The Aloha Center experienced some flooding which was probably made worse by the adjacent construction site on the new campus cafeteria. Other campus areas experienced small areas of localized flooding. The simple summary is we that we dodged a bullet.”

The Laie Hawaii Temple is located on higher ground and was not impacted.

To read the full report from the Church Newsroom, CLICK HERE.