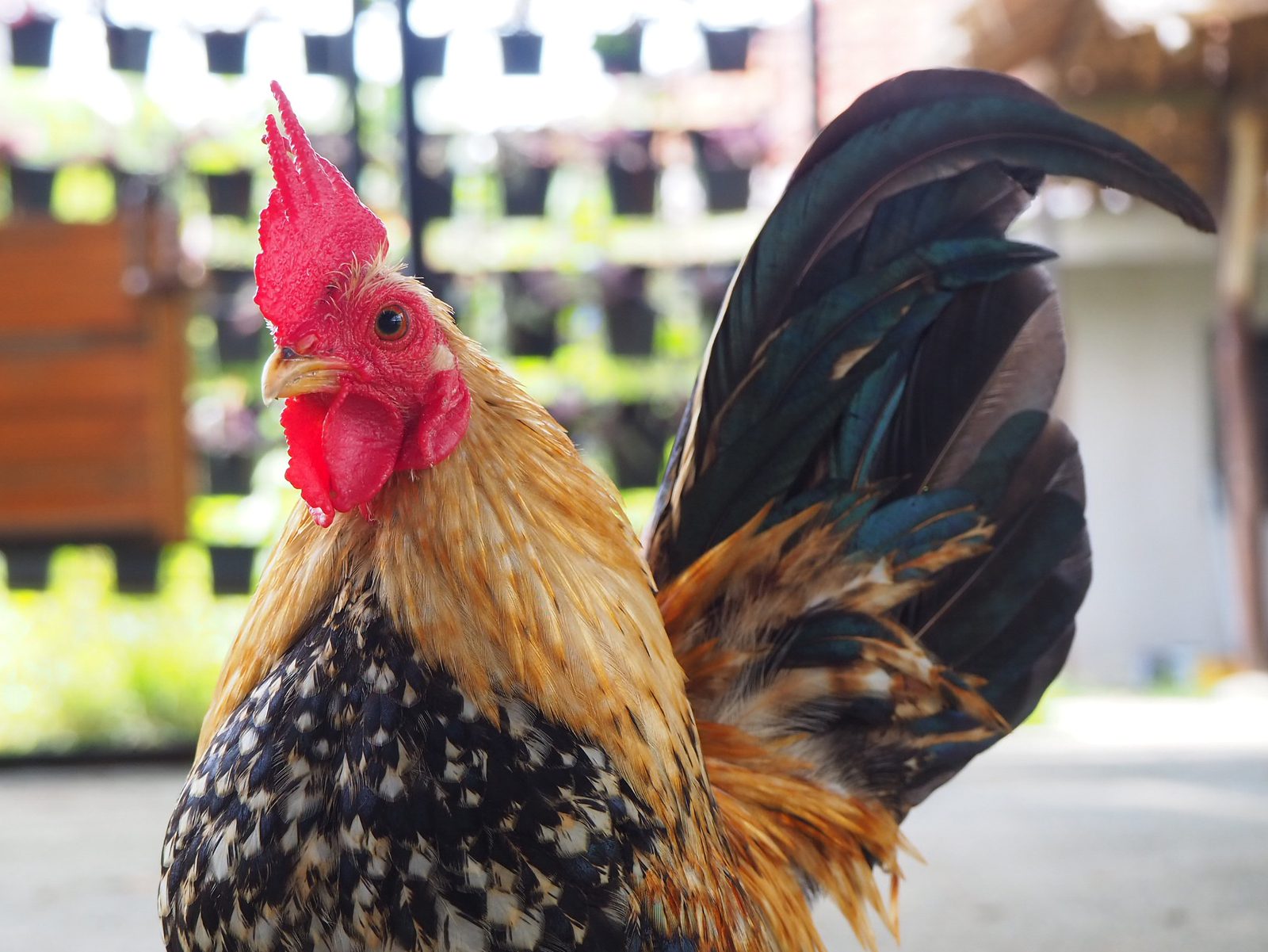 Some of us were visiting after church, and since Thanksgiving had just passed, the topic of conversation turned to turkeys. Our neighbor had one that had become rather mean. He was telling about it and how he would never raise a turkey again.

“I’ve raised some turkeys,” I said, “and they can be as mean as any animal there is, except maybe a rooster. Turkeys and roosters think they are the cock of the walk.”

Our young fourteen-year-old neighbor, McKenzie, said, “We had a really mean rooster, too. But then he had a therapy session, and everything changed.”

“A therapy session?” I asked.

She nodded. “It all started when our turkey was young. We put him in the chicken building because he was smaller than the hens, and we didn’t think he would bother them. But because of his size, all the chickens, and especially the rooster, picked on him. We were afraid they would kill him, so we ended up having to move him to a pen of his own.

“So we caught the rooster, and having nowhere else to put him, we put him in with the turkey. They seemed to remember each other. The rooster immediately went on the attack, and the turkey backed away as he always had. But after a few minutes, something changed. It was as if the turkey realized his old nemesis was no longer that intimidating. That’s when the turkey attacked back.

“The two of them went at each other, and feathers started to fly, mostly those of the rooster. The fight was getting so bad that we eventually had to shut the door to the shed and just let them work out their differences. Mom called us to dinner, so we left the rooster and turkey to themselves. When dinner was over, we came out of the house, and everything was quiet.

“We approached the door of the building that had the rooster and the turkey in it and listened, but there was no sound. We were afraid the turkey had killed the rooster because we doubted it would be the other way around. We carefully opened the door, and the rooster, who had lodged himself up at the top of the door, fell out in a pile in the snow.

“We thought he was dead until he slowly raised his head and looked at us before dropping his head back into the snow. No one wanted to get near him in case it was an act, and he would attack, so we went back into the house for a while. But when we came back out, he was still lying there. Finally, we picked him up and put him back in the hen house for the night until we could figure out what to do with him.

“But the next day, when we went to gather eggs, the rooster didn’t bother us at all. In fact, he acted all friendly-like. He has never bothered anyone since then. He’s probably afraid if he does, he will have to go through another therapy session with the turkey.”

I smiled. There is nothing like a good turkey therapy session to make a mean rooster nice.

I lived in the Country and was visiting a neighbor. As I was leaving their home their turkey was coming at me and was trying to attack me. I guess it was protecting it's territory. I was backing up and yelling and somehow I got away safely. I will never trust a live turkey again.

I loved this story about the rooster getting a "therapy" session that turned him into a very nice gentleman. It's good to laugh!!