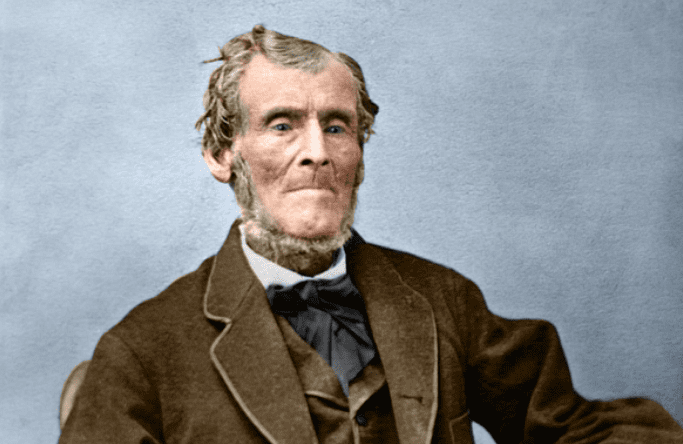 The Testimony of Martin Harris

In a notarized statement dated 29 October 1921, George Godfrey, who prepared Martin Harris’s grave in Clarkston, Utah, summarized his lengthy acquaintance with the Witness.  Then he offered this interesting statement:

Prior to his death and in his last sickness I sat up nights with him upon many an occasion, in connection with my Brothers, John E. Godfrey and Thomas Godfrey, both of whom now reside at Clarkston, aforesaid, and who can make affidavit to the things I am herein stating: that many times I have heard the said Martin Harris bear witness to the truthfulness and genuineness of the Book of Mormon, at times when he was enjoying good health and spirits and when he was on his deathbed; that his testimony never varied;

that I have seen others and that I myself have tried to entrap him relative to the testimony which he bore, by cros [sic] questioning him relative to the scenes and events which are Church History in connection with the bringing forth of the Book of Mormon; that upon all of these questions his mind was clear as it is possible for the human mind to be, and that his testimonies have left no tract [sic] in my mind that he actually conversed with an angel who bore testimony to him of the truthfulness of the records contained in the Book of Mormon; that he saw and handled the gold plates from which the said records were taken;

that a few hours before his death, and when he was so weak and enfeebled that he was unable to recognize me or anyone, and knew not to whom he was speaking, I asked him if he did not feel that there was an element, at least, of fraudulence and deception in the things that were written and told of the coming forth of the Book of Mormon, and he replied as he had always done, and many, many times in my hearing, and with the same spirit that he always manifested when enjoying health and vigor:

“The Book of Mormon is no fake.  I know what I know.  I have seen what I have seen, and I have heard what I have heard.  I have seen and handled the gold plates from which the Book of Mormon is written.  An angel appeared to me and others and testified to the truthfulness of the record, and had I been willing to have perjured myself and sworn falsely to the testimony I now bear, I could have been a rich man, but I could not have testified other than I have done and am now doing, for these things are true.”[2]

[2] The document is reproduced at Tuckett and Wilson, The Martin Harris Story, 88.

[3] Cited at Tuckett and Wilson, The Martin Harris Story, 90.