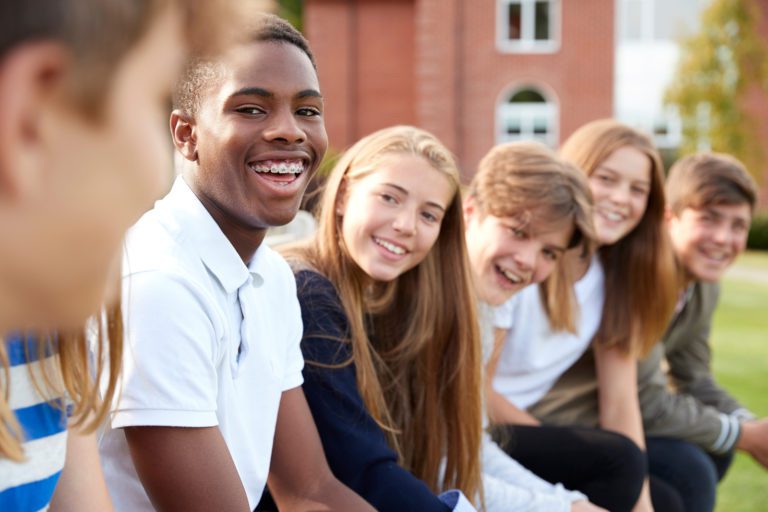 The Sexual Ideologies Competing for the Hearts of Your Children

There are two ideologies vying for the hearts and minds of our children and families. One says that humans are sexual beings and that they should be encouraged to explore and express that sexuality any way they want. There is no wrong or right, just what gives you pleasure, and sexual pleasure is the ultimate goal. The other says that we are humans with a sexual drive that plays an important role in marriage and family formation, that helps form and maintain love and trust between two committed individuals and is so powerful that it should be treated with respect and great care. That misused it can harm not only individuals and families, but communities as well.

How did this change develop?

Many people think the philosophy of sexual pleasure and expression emerged during the 1960s and 70s, but it actually surfaced earlier than that in 1947. That’s when Dr. Alfred Kinsey established the Kinsey Institute for Research in Sex, Gender, and Reproduction. Kinsey has been hailed as one of the “most influential Americans of the 20th century”, a “pioneer” of sex research. He is credited with “liberating” society from what he called the “only three kinds of sexual abnormalities: abstinence, celibacy and delayed marriage.” His published research became bestselling books.

Kinsey used questionable research methods, often overrepresenting certain segments of the general population, focusing on gay communities, prostitutes, and sexual criminals. He used the skewed results to overstate the prevalence of sexual behaviors that many would consider deviant and even criminal, thereby presenting them as normal. John Bancroft, former director of The Kinsey Institute admits that Kinsey obtained information about the “sexual responses” of children from interviews with men who had “been involved in sexual activity with children.” It is from his interviews with pedophiles, and one in particular in which he falsified the data to make it look like the information had come from several subjects, that Kinsey concluded that children are “sexual beings,” a tenet of modern sexuality education.

The government helped fund both SEICUS and the Kinsey Institute. The National Institute of Mental Health (NIMH), the “lead federal agency on mental disorders,” became a major financier for both the Kinsey Institute and for SEICUS. The connection between the two organizations was very close. The Kinsey Institute provided the research and SEICUS would design sexuality education based upon that research. Today, SEICUS provides the guidelines governments and agencies, such as the United Nations Educational, Scientific and Cultural Organization (UNESCO), use to promote sexuality education. Taking a page from Kinsey’s playbook, SEICUS tells parents, “Children are sexual and think sexual thoughts and do sexual things . . . parents must accept and honor their child’s erotic potential,” and, “Professionals who study children have recently affirmed the strong sexuality of the newborn.”

In addition to the close collaboration of the Kinsey Institute and SEICUS, the Institute for Advanced Study of Human Sexuality (IASHS) trains sex educators and instructors; and the American Association of Sexuality Educators, Counselors and Therapists (AASECT) serves as a professional organization for instructors, helping to facilitate training. Both the IASHS and AASECT are grounded in the Kinsey Institute  ideology of the sexualization of children from birth and are preoccupied with pleasure and encouraging individuals to explore pleasure.

How educators are “reprogramed”

One of the ways that IASHS trains educators is through its Sexual Attitude Restructuring (SAR) program, a human sexuality immersion learning experience that, according to one facilitator, “enables the participant to move emotionally, intellectually, spiritually and psychologically into a zone of greater knowing, acceptance, and tolerance of human sexuality in all of its possible dimensions.” Journalist George Leonard investigated one SAR program that culminated in a multi-media experience. The following account is edited because the content was so graphic, but Leonard described his experience as follows:

“in the darkness . . . images of human beings—and sometimes even animals—engaging in every conceivable sexual act…accompanied by [sounds and music]. By the end…[n]othing was shocking…[b]ut nothing was sacred either. But as I drove home, I began to get a slightly uneasy feeling. It was almost as if I had been conned…by my own conditioned response of taking the most liberated position…whatever my deeper feelings…love had not been mentioned a single time during the entire weekend.”

This program designed to desensitize and re-educate is how today’s “experts” in sexuality education are trained. This is an ideology of licentiousness, and the adherents are the ones designing, promoting, and even sometimes teaching comprehensive sexuality education curricula in our schools, to our children. It grooms people in hedonism.

Most people want their kids to be happy and to have fulfilling lives that include stable marriages and families, and the vast majority of parents understand that when children delay sexual initiation, their chances of having that happy life increases. The majority of parents, regardless of political affiliation, feel that it is important for children to have well-rounded, informative instruction on sex education. In one survey, 89% of parents said that the topics covered in high school should include “puberty, healthy relationships, abstinence, sexually transmitted diseases (STDs) and birth control. While fewer parents agree about the what should be included for middle school students, 78% believe that those same topics should be presented to middle schoolers.

Another survey asked parents to identify the priorities they had regarding their children’s sex education. It revealed that the most parents want children to be taught to save sex for marriage or delay it until close to marriage. Only seven percent of respondents felt that it was okay for children to have sex in high school as long as contraception was used.

Those are pretty clear criteria. Teach about puberty, relationships, STDs, birth control, and waiting to have sex until marriage or close to it. In other words, abstinence or delayed initiation.

Sexual Risk Avoidance (SRA) is a sex education method that focuses on teaching children about those topics that the majority of parents agree are necessary in sex education. But it also helps young people avoid all of the consequences of early sexual initiation. With CSE, risks of sexual activity focus narrowly on pregnancy and STDs, but studies indicate that risks also include emotional and academic outcomes including esteem loss and depression. SRA proponents believe that information plus delay results in optimal outcomes for young people.

Sexual Risk Avoidance addresses the cognitive development of youth and associated risks. For instance, the part of the brain that is responsible for reasoning, impulse suppression and critical thinking is not fully developed in adolescence. Adolescents are more likely to react emotionally and take risks when experiencing new, intense or stimulating feelings. Girls carry a higher risk from sexual activity that is physiologically innate. Dr. Miriam Grossman relates that girls are “vulnerable to stress, especially the stress of failed relationships.” Both men and women release oxytocin when they kiss, cuddle or are sexually intimate. This is a hormone that encourages bonding and trust. In women, estrogen amplifies the effect of oxytocin, but in men, testosterone diminishes it.

The benefits of SRA

Organizations that promote CSE claim that SRA is an “abstinence only” program. There are programs out there that encourage abstinence only, but they aren’t sex ed programs like SRA. They tend to be religious programs that focus on purity. CSE proponents sow confusion by comparing apples to oranges. They claim that children are going to have sex, so they need to be prepared for it. Yet from 1991 to 2015, there has been a 28% increase in the number of high school students who have not had sex. Children are not a bunch of animals lacking in self-control. CSE proponents also typically cite condom use as evidence of a program’s success. By that measure, SRA is successful as participants are no less likely to use condoms than their CSE-educated peers.

The real and meaningful difference between the CSE and the SRA programs is in the objective to delay sexual initiation as long as possible. SRA programs teach teens that delaying sex not only reduces the risk of pregnancy and infection, more so than CSE, but it is healthier emotionally, includes academic benefits and helps youth avoid other risky behaviors. It acknowledges what the CDC reports, that “having first sex at a younger age within the teen years is associated with more negative circumstances and consequences.” So, whereas comprehensive sex education emphasizes sexual expression and trains students to use condoms through relay races, sexual risk avoidance teaches students about the benefits of delaying sex and provides tools to encourage abstinence for as long as possible in addition to teaching about methods of contraception and effectiveness. When it comes down to it, CSE proponents and curriculum designers are opposed to SRA because they believe, like Kinsey, that children are sexual beings, and sexual pleasure at any age should not be repressed.

There are many sexual risk avoidance programs out there. Ascend is an advocacy organization that educates parents and politicians on the efficacy and superiority of SRA curricula. It provides resources and compares programs. You can find them here and a comparison of curricula and outcomes here.

Dr. Stan Weed and Dr. Thomas Lickona conducted an extensive review that compared CSE programs and SRA programs. They concluded that comprehensive sexuality educators “had not achieved their professed goals of reducing teen pregnancies or STIs or even the more modest intermediate goal of getting sexually active teens to use condoms consistently. By contrast, well-designed abstinence education programs…have achieved significant reductions in teen sexual activity that are still evident a year or more later. The evidence suggests that it may in fact be easier to get a teenager to abstain from sex than to use a condom consistently.”

Weed and Lickona emphasize the philosophical differences between the two approaches based on underlying values regarding human sexuality. Is sex about “personal pleasure seeking” or a foundation for “committed love and a responsibility to one’s community”? We have seen the consequences of the personal pleasure-seeking model – increased STDs, teen pregnancy, higher divorce rates, fatherless homes, sky-high abortion rates.

Protecting your children from a sex-saturated culture

There is much parents can do to help their children and families navigate a sex-saturated culture. Dr. Grossman reminds parents that:

We can do better

We can do better for our children than education based on the twisted philosophies of Alfred Kinsey and Mary Calderone. Talk to your school districts, school administrators, legislators and other parents about the efficacy and success of sexual risk avoidance programs and encourage decision makers to implement them. Nurture a warm and loving relationship with your children that will encourage them to come to you for information and guidance. Our children deserve better than what sexual hedonists have to offer them.