The Revival of the Western: Two Novels of Note | Meridian Magazine 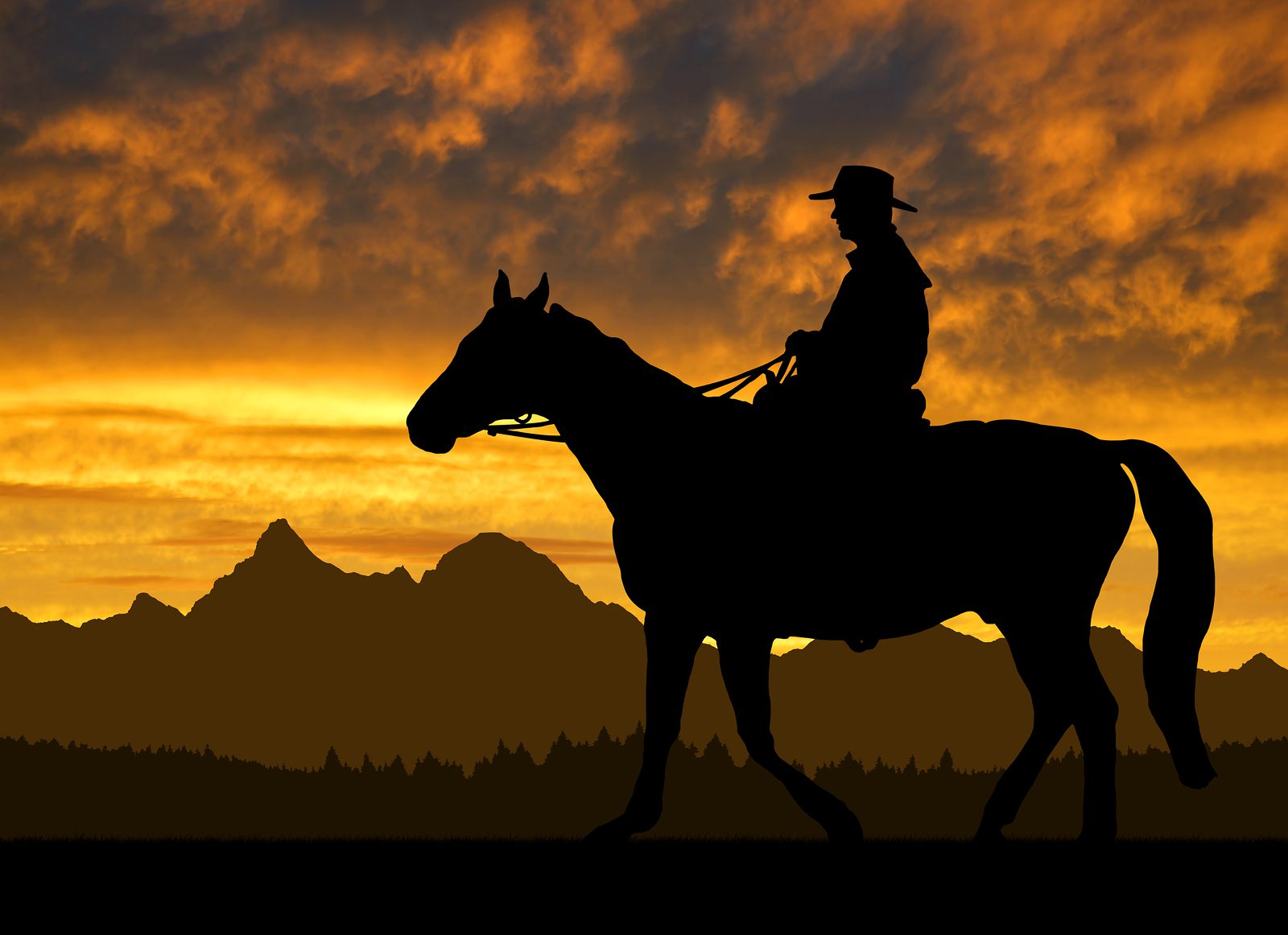 The Revival of the Western: Two Novels of Note

Not many Western novels make it big in this modern era except those which are more historical than strictly Western. Western and Historical fans often express their disappointment at finding few new, worthwhile novels in this long loved genre. Fortunately two very different Westerns have recently emerged and will be enjoyed by Western fans that find them in their stockings Christmas morning.

Westerns are generally equated with the latter half of the nineteenth and early twentieth centuries in the western United States, Canada, and Mexico. The mere mention of Western novels brings up Zane Grey, Louis L’mour, and Elmore Leonard, kings of the small mass-market cowboy paperback market. The “shoot-em-ups” are mostly gone both on television and on the big screens along with the John Wayne and Roy Rogers style heroes. Today’s Westerns are grittier and tend to tie in with historical incidents. Those written for the LDS market generally deal with or have ties or references to the early days of the Church’s settlement and migration to the west. There’s an increasing number of “modern westerns”, or novels set in the West, featuring a lifestyle linked to ranching, forests, and mountains. Most belong to a sub category of another genre.

The two new Western novels which have appeared recently are by LDS authors. Marilyn Brown’s Waking in Tombstone is set in the 1880s and has a strong historical bent. Deceived by Kathi Oram Peterson is a murder mystery set in the modern west.

Prolific and well-known author Marilyn Brown’s latest novel, Waking in Tombstone, is an historical western that takes place shortly after the infamous shootout at the OK Corral in Tombstone, Arizona. It begins with Libby Campbell dressing as a boy to run away from an abusive situation in Kansas City. In her desperation to get as far away as possible, she befriends a young minister and a flamboyant lady of the night. Knowing she’ll need funds to buy train fare and food, she takes a bag of gold coins from her abusive employer who treats indentured servants and their children as slaves. She figures she earned the coins by her and her mother’s years of unpaid service. She is followed to Tombstone by an attorney who works for the master she is fleeing.

On an impulse she travels to Tombstone, boards at the house run by her fellow passenger’s sister, a successful madam, but refuses to work there. She also becomes acquainted with the two women’s brother, Horace, who loves to tell stories and jokes. The family has been separated since they were children living in China where their missionary parents were murdered and they were sold as child prostitutes.

Instead of working at the brothel, Libby gets a job as a waitress at a pool hall. She falls in love with the preacher, Cotter, who has been kind to her, but who is in love with his cousin. He’s young and idealistic and has his heart set on building a church and returning to Massachusetts. His sermons draw throngs of people to hear him preach. He’s patterned after a real person, Endicott Peabody, who really did build a church in Tombstone.

Every time she turns around she bumps into the lawyer, Charles Grenville, and she fears he’ll take the gold and send her back to the slave-like conditions she barely escaped in Kansas. Like everyone else in the arid, lawless town she faces danger from fire and from the feud between outlaw cowboys and the Earps. She fears him and tries to steer clear of him and of the girl at the brothel he often comes to see.

Brown has drawn heavily on real events and real people in this story, however she takes literary license with some people and events since this is a work of fiction. She also throws in many historical quirks and sidelights through Horace’s eccentric obsession with storytelling. Some of those stories have links to the Book of Mormon though neither the Book of Mormon nor the Mormon Church are mentioned. Faith, however, is one of the themes carried out in the story.

There are a number of strong, interesting characters in this story. Libby is portrayed well as more girl than woman. She is a little naive, yet has seen too much, and endured more than one so young should even know about. She yearns for love, safety and protection, while vigorously fighting for her independence. Cotter has three loves in his life, his cousin Frances, baseball, and God. He’s a good man, but struggles to maintain his own high standards. For an educated man Grenville is a little socially clumsy and Libby is both drawn to him and repulsed by his connection to her past. Other characters are distinct individuals and even from the lawless and those with unsavory backgrounds, there is a sense of value and recognition for hard work, a commitment to family, and a respect for those who rise above the misfortunes of life.

This is the kind of Western not often seen anymore. It’s gritty and honest, but the language is clean and the emphasis is on people, their motives and emotions, their hopes and dreams instead of playing up the gory aspects of the time and place. Brothels, gunfights, robberies and all of the trademarks of nineteenths century western lore are present and presented in a straight forward, honest manner without dwelling on the less savory aspects. There is sympathy shown for women who are widowed or orphaned, who find there are few respectable jobs available to women who must support themselves. This book will have a wide appeal, not just to Western fans, but to all those, both men and women, who simply enjoy a good story.

Marilyn McMeen Brown has Masters degrees from both Brigham Young University and the University of Utah. She has earned numerous writing awards and established the Marilyn Brown Novel Award for unpublished novels. She and her husband live in Utah.

Deceived by Kathi Oram Peterson is a contemporary Western and a strong contrast to Waking in Tombstone. Her style is more in keeping with Clair Poulson than L’amour.

Tara Kelly is awakened from a deep sleep. Confused and disoriented she becomes the only witness to her aunt’s murder, presumably by Tara’s former boyfriend. Within hours she is on a flight from Los Angeles to Idaho where she is to stay in hiding for her protection with a rancher who once worked as a police officer in Los Angeles. The rancher, Joseph White Eagle, is a widower with a seven-year-old-daughter. His mother, a chain-smoking, tough woman lives with him too, and isn’t happy when her son introduces Tara as his fiancé. His daughter and the woman veterinarian he’s been dating aren’t too pleased either.

Joseph has more problems than looking after a city woman who looks too much like his deceased wife. Someone has been shooting his cattle and causing other problems for him. He suspects either the vet’s eccentric father or a gung ho environmentalist who is opposed to his cattle grazing on federal land. When serious threats are made against both Tara and his young daughter, Joseph is determined to protect them both.

Peterson keeps the suspense level high throughout this novel and springs a number of shocking surprises. She takes advantage of firsthand knowledge of a rugged area in Idaho to set a background that is authentic western, then adds decidedly modern technology. Her characters are modern ranchers with a blend of frontier necessity combined with the education and conveniences of today’s world. Her cowboys are as comfortable sitting at a computer as they are at saddling up and riding out.

This is a story about faith and rising to meet challenges. It’s about doing hard things. Peterson like Brown, uses a Western format to show characters who have taken hard licks in life, who choose to become stronger, face disappointment and betrayal, and forge ahead despite all the reasons they could just give up.

Kathi Oram Peterson graduated from the University of Utah and now lives in Salt Lake City. She worked for several years for a curriculum publisher, then when her children were grown began writing novels. This is her seventh published novel.

Thanks for the review, Jennie. The Western Revival is on.

You might look at several Western Historical Fiction books I have on Amazon - they all have a gospel twist, but are true historical happenings. Thanx. . . .