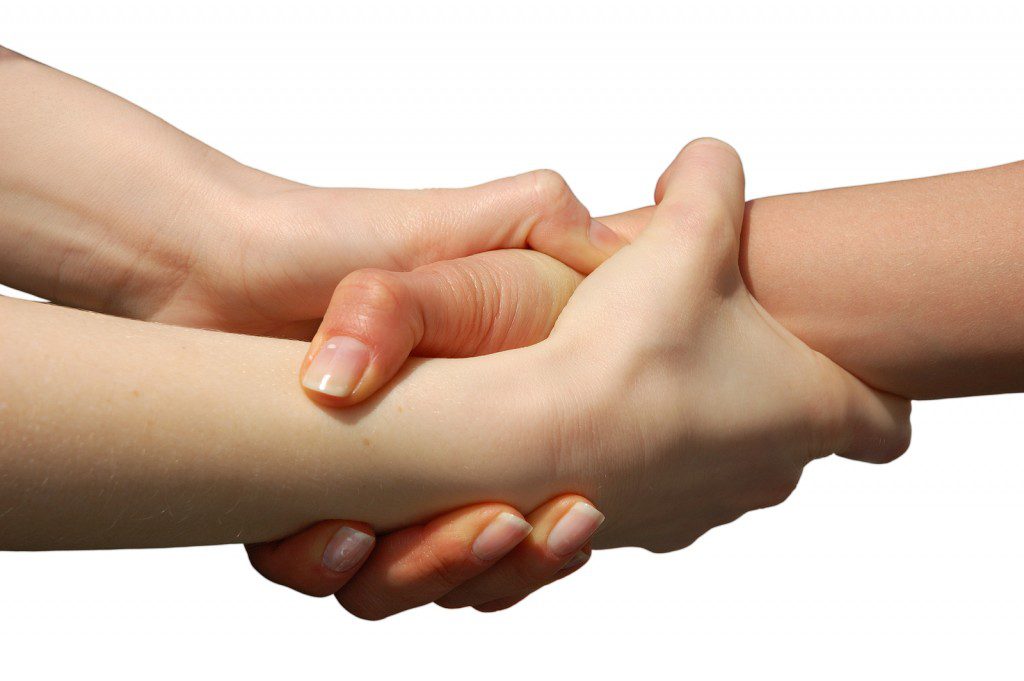 The Reality of Ministering Angels

I have been thinking about Doctrine and Covenants 7. At first glance this section seems to be out of place. In the midst of personal revelations to associates of Joseph regarding the Restoration and the part they would have in it, the Lord has his prophet insert the translation of a parchment of John.

This section makes me want to ask questions. Why is it here? What am I supposed to learn? I don’t know the answers to those questions, but asking them helps me think about section 7 in a new way.

The Lord told John he could have anything he asked for (see 7:1). John asked for the privilege of being a missionary for 2000 years or so. The Lord has been speaking in the revelations in the Doctrine and Covenants about the importance of missionary work, and he will speak about it a great deal more before the book is completed, but could there be a more dramatic demonstration of the importance of this work than John’s request:

“And I said unto him: Lord, give unto me power over death, that I may live and bring souls unto thee. And the Lord said unto me: Verily, verily, I say unto thee, because thou desirest this thou shalt tarry until I come in my glory, and shalt prophesy before nations, kindreds, tongues and people” (D&C 7:2-3).

There is another great message in this section. When Peter questioned John’s request, the Lord said,

Yea, he has undertaken a greater work; therefore I will make him as flaming fire and a ministering angel; he shall minister for those who shall be heirs of salvation who dwell on the earth (D&C 7:6).

John is going to minister “as an angel and a flaming fire” to those who dwell on the earth who are heirs of salvation. I wonder if the Lord might be using this revelation to say to Joseph and Oliver and all of us who “dwell on the earth,” you don’t have to do this work alone. There will be help for you from my side of the veil.

[T]he Lord has said that there are more for us than there can be against us. “Who are they,” says one? Righteous men who have been upon the earth. “But do you suppose that angels will pay friendly visits to those who do not live up to their privileges? Would you? . . . the God whom I serve . . . has millions of angels at His command. Do you suppose that there are any angels here to‑day? I would not wonder if there were ten times more angels here than people. We do not see them, but they are here watching us, and are anxious for our salvation” (Journal of Discourses, Vol.3, p.230, Heber C. Kimball, March 2, 1856).

“Those who otherwise might be thought to be contemptible and unworthy of notice, Jesus says be careful about offending them, for “their angels do always behold the face of my Father” (Matt. 18:10). We are in their charge. They watch over us, and are, to a certain extent, doubtless, responsible for the watchcare that they exercise over us, just as we are responsible for any duty that is assigned us (Collected Discourses, Vol.2, George Q. Cannon, November, 1890).

Elder Talmage said it this way:

“This great Being of infinite power and goodness, whom we cannot think of in His mighty attributes without sinking in our own sense of personal insignificance, He is our Father; and He has greater affection than we can comprehend by [a] father’s love for His children. As a result of that great love, He has set heavenly beings to watch over us and to guard us from the attacks of evil powers while we live on earth. Do we realize that in our daily walk and work we are not alone, but that angels attend us wherever our duty causes us to go? It is only when we stray into unholy places, only when we tread upon forbidden ground, that they leave us to ourselves; and then they watch us from the distance with sorrow and tears. Those holy beings think it not beneath their state to abide in the hovels of the poor, to stand by us in the most menial labor, provided it be honorable employment; but I cannot conceive of their going with us to the dram shop, the gambling den, and the brothel. But as long as we are where duty calls us we are in no way alone. Our eyes are so heavy, our ears so dull, that we see and hear only the things of earth. Could our vision be opened, we would see in this room at this very moment more worshippers than are occupying these seats; could our ears be unstopped we would hear more than our own feeble voices joining in the hymns of praise that we sing.

“When at times trouble comes upon us, and we feel almost given up to despair, and think we have been deserted by friends, let us think of the heavenly companions whom God has assigned to us; who, indeed, would reveal themselves to our eyes but for our lack of faith. Let us read again and ponder over the wonderful experience of the prophet of old, who, with but a single earthly companion‑‑the servant who was with him‑‑found himself surrounded by the army of a wicked king. (See 2 Kings 6:15‑17). In fear, seeing escape by human agency to be entirely impossible, Elisha’s servant cried out, “Alas, my master, how shall we do?” But the prophet answered, “Fear not; for they that be with us are more than they that be with them.” And then Elisha prayed that the Lord would open the young man’s eyes, and the servant saw that the mountains were covered with horses and chariots and hosts of angels sent to protect the prophet of God, whose time had not yet come” (Collected Discourses, Vol.3, James E. Talmage, June 25, 1893).

I think I was nine when I raced out the front door of my house to attend to some unremembered matter across the road. Our sidewalk reached out toward Center Street, and on this particular day, two cars were parked in front of our house, the gap between them corresponding almost exactly to the end of our sidewalk.

I did not look either direction and I did not slow down. I had just reached the space between the two parked cars, only a few feet from the street, when I was struck in the back and knocked to my hands and knees. At that moment, a car roared by.

I was grateful that I had fallen, for a continuous sprint would have put me in the path of that automobile. But my most immediate thought was realizing that someone had hit me. I still remember feeling the ache where I had been pushed. I looked behind me. No one. The sidewalk to the front of my house was empty. The sidewalk was empty. There was no one on my lawn.

I think that even then, in that tender year, I became aware that something remarkable had happened. As I reflected on that moment of being knocked to the ground, I became aware that if I had not been, I would have found myself in the path of that car. I have come to believe that what happened to me was a fulfillment of a priesthood promise made to me about guardian angels.

“Usually [angels] are not seen. Sometimes they are. But seen or unseen they are always near” (Jeffrey R. Holland: Ensign, November 2008, 29).

I am reminded me of a phrase in hymn #2, “The Spirit of God like a Fire is Burning,” and the phrase, “We’ll sing and we’ll shout with the armies of heaven.” There is a footnote in this hymn that takes us to Doctrine and Covenants 109.

“And help us by the power of thy Spirit, that we may mingle our voices with those bright, shining seraphs around thy throne, with acclamations of praise, singing Hosanna to God and the Lamb! And let these, thine anointed ones, be clothed with salvation, and thy saints shout aloud for joy. Amen, and Amen” (Doctrine and Covenants 109:79-80).

It is a reassuring thought to consider angels standing with us in our trials, and sitting in the empty seats of our congregations. What a delight to imagine mingling our voices with “those bright shining seraphs” in singing and shouting praises to the Father and the Son! What confidence should come to us as we consider those angels with their horses and chariots of fire marshalled for our protection and salvation.

A wonderful reminder. Personally, I just went through my most difficult trial, and with loneliness still on my mind, I'm so glad I read this, to remember how wonderful the Human Family is, here on Earth and on the other side of the veil. I Love this Family, and I Love all the angels, mortal and otherwise, everywhere, that make this life so rich and bright!

Thank you for this inspiring and uplifting message. I have experienced ministering angels and the humbling sacred gift this is. Often we feel alone and that there seems less purpose to our adversity and attempts at overcoming all that besets us. Remembering that there are those on the other side of the veil, besides our Father and the Savior who love us and who are there for us is a remarkably joyful and hopeful feeling. Being alone, a lot is a hard place and also being poor is a challenge. They bring a kind of balm that no other source has. The Holy Ghost knows this and comfort comes. Again, many thanks for the beautiful reminder.