The Reality of Abortion: Sacrificing the Future | Meridian Magazine 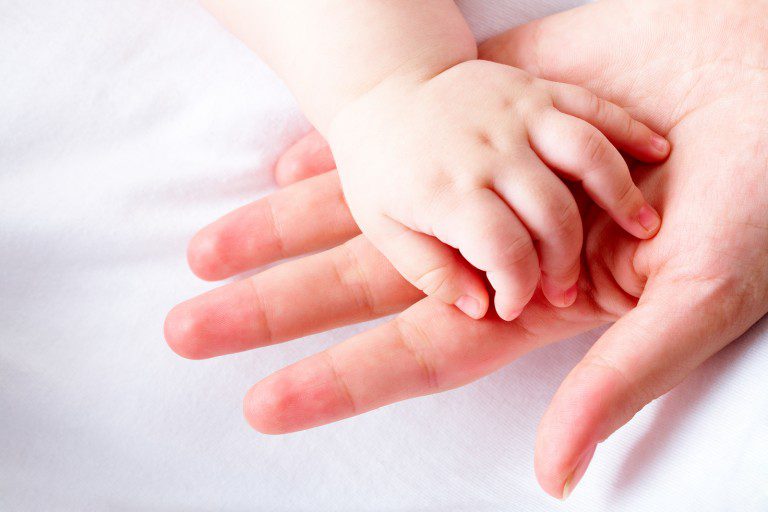 The Reality of Abortion: Sacrificing the Future

Of course, I clicked on the link. My husband spent two years in Peru as a missionary for the Church of Jesus Christ of Latter-day Saints, and we’ve visited a couple of times more recently.  The article reports the discovery of “269 children [between the ages of 5 and 14 and 466 llamas] who were sacrificed and buried around A.D. 1450 at two sites near Chan Chan, the ancient capital of the Chimú people. Most of the victims [human and animal] were killed with a cut to the chest, possibly to remove the heart, and buried in simple shrouds.”

When we visited Chan Chan, a World Heritage site, in 2015 we found it impressive.  It is a somber experience to walk through a citadel, a city, abandoned by its people long ago. It is hard not to try to imagine what it might have been like to have lived as they lived—or as we supposed they lived as interpreted by archeologists.  We had heard of burials approaching natural mummification along Peru’s dry coastline, but not the child sacrifice sites.

No Chimú writings exist, so archaeologists, admitting to bewilderment and relying on the material history they find and Spanish chronicles, believe that the children and llamas were precious gifts to the gods, a “mass sacrifice in a desperate attempt to persuade the gods to stop . . .” the apparently  “. . . unusually destructive rain events likely caused by El Nino, as well as the threat of an Inca invasion.”   The value of the sacrificial animals, which were used for food, transportation and clothing, was considerable, and the value of the children inestimable.  As anthropologist Jane Eva Baxter noted, “You’re sacrificing the future and all that potential . . ..” “All of the energy and effort that’s gone into continuing your family, continuing your society into the future—you’re taking that away when you take a child.”

State abortion laws in the news

After reading the lamentable story of the Chimú’s child sacrifice, I returned to current events: New York Governor Andrew Cuomo orders the One World Trade Center lighted pink to celebrate the state’s newly revised abortion law which declared abortion a fundamental human right and reduced minimal protections for some unborn and newly born children; Illinois Governor J.B. Pritzker signs an executive order ensuring that all state insurance plans cover abortions. Both are confident that their actions will help women and will create a better future for their respective states. A few days later, a Virginia bill which would have removed some restrictions on some abortions was defeated in part because it was interpreted to include the possibility of infanticide. And on February 6, 2019, New Mexico’s state House repealed a pre-Roe v. Wade anti-abortion law.

The fallacy of abortion and women’s rights

In 1973 the U.S. Supreme Court legalized abortion throughout the nation in the belief that it would help women. Since then, it is estimated that more than 61 million legal abortions have been performed in the United States. In 1992, In Planned Parenthood v. Casey, a plurality of the court contended that legal abortion is necessary for women’s equality, and that “society has come to rely on abortion as key to socioeconomic development and the organization of intimate relationships.” Certainly to many in our popular culture, women’s rights are synonymous with abortion. However, Erika Bachiochi argues that “the assumptions underlying the idea that pregnancy and motherhood necessarily undermine equality for women,” are wrong.  Rather, she contends that “abortion rights actually hinder the equality of women by taking the wombless male body as normative, thereby promoting cultural hostility toward pregnancy and motherhood.  Only pro-life feminism can promote the equality of women because it does not embrace the falsehood that equality requires women to deny their fertility and reject their children.”

Mirroring the ancient past

We think of ourselves as far more sophisticated and scientific than the Chimu, and yet in culture and law we mirror in part their belief that parents can insure prosperity by sacrificing their children. There are differences, of course.  The Chimú sacrificed children ages 5-14; for the most part, abortion takes the lives of the smallest children, faces not yet seen, voices not yet heard. To some extent our culture is still revulsed by infanticide, although there have been a number of serious attempts since 1979 to justify the morality of infanticide and euthanasia.

Yet, we are too much like the Chimú if we fail to understand that any culture which does not protect its young has no future.

Camille Stilson Williams (J.D., M.A., Brigham Young University) worked as part of the Family Law Research Project at the J. Reuben Clark Law School at Brigham Young University, and has taught family law for undergraduates. Her research interests are related to women’s and family issues. Her publications have supported the sanctity of human life and the necessity of the natural family for the flourishing of individuals and societies. She currently works as an assistant city attorney. She and her husband, Richard, are the parents of five, and the grandparents of twenty-four.

Thank you for writing this article and providing a contemporary framework for discussing this very divisive issue. I would extend this discussion to those working in the professional public health arena of maternal and child health where current policy, and, social and health interventions and initiatives in the area of prenatal and post-natal care are increasingly at odds legally, culturally, and ethically. This is an ongoing debate here in the US and also abroad especially in countries where abortion is illegal except under very strict circumstances. Ironically in most developing countries where aggressive prochoice policies are being promoted through the UNFPA, USAID, WHO, and other global health policy institutions as well as philanthropic institutions like the the Population Council, International Planned Parenthood, etc., most populations continue to resist pro-choice policies and legal frameworks often faced with funding tied to 'all or nothing' packages. It is a highly contentious arena to be in.... These commentaries and articles are very valuable for those of us working in this arena professionally.

Thank you for writing this article. We all need to help protect the unborn.