The Quest for a Common Moral Framework | Meridian Magazine 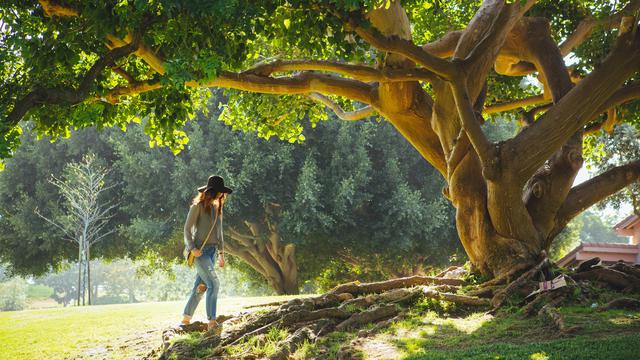 The Quest for a Common Moral Framework

“Religion has no monopoly on moral action, but centuries of religious belief, including institutional church- or synagogue- or mosque-going, have clearly been preeminent in shaping our notions of right and wrong.” — Jeffrey R. Holland[1]

Can a society of diverse religious, political and philosophical opinions agree on the fundamentals of right and wrong? To one degree or another, this is the challenge of civilization, and to make it work we have to live with some form of agreement. The soil that lies underneath determines what grows on top.

A recent article about programming self-driving cars to make moral decisions during accidents ends with this question: “Can you teach a machine what the right thing to do is?” The author answers, “First, humans would have to agree.”[2]

This comment shows not only that we have a moral sense deeply embedded in our experience but also that moral agreement is difficult to find in a pluralistic society. Whether in the situations described in the article—do I sacrifice myself or pedestrians in a collision?—or in other weighty decisions, ideas of right and wrong vary widely.

One Pew Research Center headline from 2014 asks, “What’s morally acceptable? It depends on where in the world you live.” While many agree adultery is morally wrong, for example, fewer believe divorce is unacceptable. And while a majority see gambling as bad, fewer have the same view of alcohol use. Such diversity of moral opinion is unavoidable.

These and other issues listed in the Pew report are complex and impact individuals, families and societies at their core. Underneath all this diversity of human expression, however, societies are generally guided by a basic moral foundation. In such matters as the worth of individuals, caring for the weak among us and keeping our obligations to family and community, we rely on sources higher than human reason.

Rabbi Jonathan Sacks said, “In a debate in which there are no shared standards, the loudest voice wins.” Deciding right and wrong is more than a show of strength — it is about the wellbeing of the individual and the common good. Thus, he continues, “if there is no moral truth, there is only victory. The pursuit of truth mutates into the will to power.”[3] That’s what makes this framework common: it helps the weak and the strong, the quiet and the loud, the minority and the majority.

Whether inherited from religious teachings or grounded in practical experience, or both, all societies have some moral basis. And in a pluralistic world — one in which many different ideologies, ethnicities and worldviews exist side-by-side — we have little choice but to engage these various sources as we seek to promote the good.

Trace the pedigree of our moral understandings and you will find religion at the roots. Secular historians Will and Ariel Durant wrote, “There is no significant example in history, before our time, of a society successfully maintaining moral life without the aid of religion.”[4] Washington, D.C., Archbishop Cardinal Donald Wuerl says much the same thing about our Judeo-Christian heritage. Though perhaps an unpopular option to those who aren’t religious, he says expressing one’s faith is “not to force values upon our society but rather to call it to its own legacy of long accepted, moral principles and commitment to defend basic human rights.”

As Latter-day Saint apostle Elder Quentin L. Cook has said, these values are linked to the advancement of human dignity and freedom. In an address about respecting religious heritage, he points to such things as the publishing of the King James Bible in the 1600s, the distribution of scripture to the masses, religious toleration, civil liberties and scientific achievements, including the communication revolution and advances in medicine — all examples of the “underpinnings of our Judeo-Christian heritage [that] bless people worldwide.”

Granted, Judeo-Christian values do not give obvious answers to every moral dilemma. Yet we can’t ignore them because, as Rabbi Sacks says, that would be like severing “the ropes that moor [our] morality to something transcendent.” Since people of faith see such values as coming from God, they do not depend on the variability of circumstance. Not only has their durability been tested over millennia, their meaning “lies outside the system” [5] of the transient nature of societies.

Ultimately, a diverse culture cannot thrive on individual moralities — an idea as inconceivable, Rabbi Sacks says, as “a private language that only one person understands.”[6] In a society where individual autonomy is judged to be the greatest good, everything is up to the individual. Here is how French thinker Alexis de Tocqueville described this lonely quest: “If each undertook himself to form all his opinions and to pursue the truth in isolation down paths cleared by him alone, it is not probable that a great number of men would ever unite in any common belief.” And in such a situation, people still exist, “but a social body does not.”[7]

In the words of Christian writer R. R. Reno, this stability, rooted in the sense that something greater than self is in control, “helps people lead happy, meaningful lives” and provides us with a cultural inheritance less in the pattern of unmoored individual sailboats heading freely to self-chosen destinations and more in the staid yet secure form of “trains [that] run on set schedules.”[8]

We may not agree on all the specifics of a common moral code — something neither possible nor desirable — but it is in our interest to find agreement on the crucial questions. After all, morality is not what any one of us decides, “it’s what holds a group together.”[9]

Moral truths originated with God's word, and while I agree that religion does not exclusively corner the market on morality, the moral beliefs that our Judeo-Christian society was founded upon came from God. We generally agree that murder, lying, cheating, adultery are wrong. These laws came from God.

Probably not. We Mormons can't even get on the same page despite listening to the same Prophets and reading the same Scripture. Within the "Mormon" community there are those that vote socialist in direct opposition to the teachings of Pres. Benson, vote for abortion despite the Church's official stand on it and finally swoon over same sex marriage despite the Proclamation of the Family.