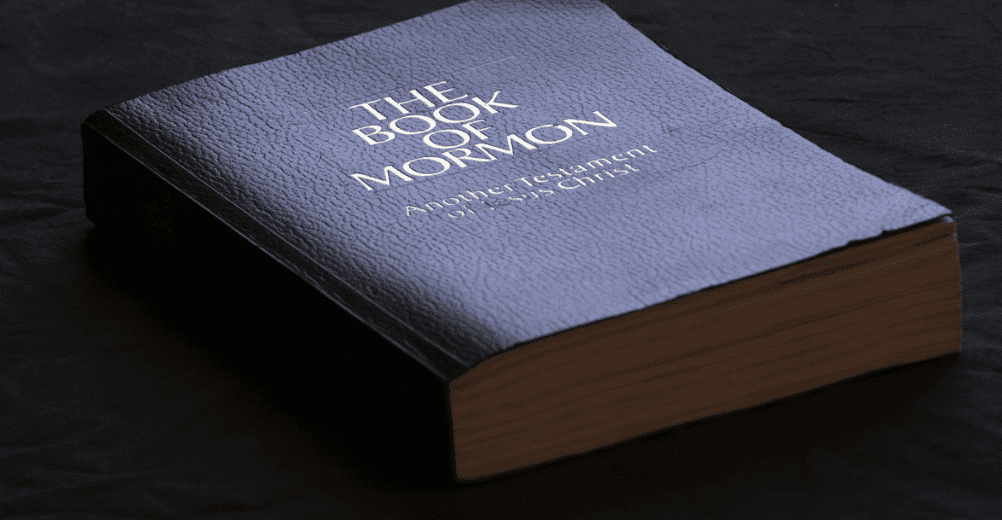 The Meaning of the Name of the Book of Mormon

Spring 2020 is the 200th anniversary of the First Vision. The articles in this column look forward to the upcoming bicentennial celebrations of the events of the Restoration with great quotes, stories and interesting thoughts about the Prophet Joseph Smith. To see the previous post in the series, CLICK HERE.

Most people understand that the sacred record called the “Book of Mormon,” stands as a Testament of Jesus Christ and teaches the doctrine of Christ, or the fullness of the everlasting gospel. The book is named after the ancient Prophet/Warrior Leader/Writer/and Editor, Mormon, who created metal plates with his own hands (3 Ne. 5:11); inherited wagon-loads of Nephite records (Mormon 1:1-4); edited their teachings down into one single set of plates; then added the things which the Lord commanded him to write (3 Nephi 26:12); and then delivered the record to his son, Moroni, for safekeeping. We owe him an eternal debt of gratitude for compiling the Book of Mormon. And although the book bears his name, the word “Mormon” signifies something even more important, and something very significant about our Savior Jesus Christ, and what it means to come unto Him.

Mormon has a unique name. He tells us that he is a direct descendant of Lehi through Nephi, and that he was given the same name as his father (Mormon 1:5). He said that the name Mormon originated from a very sacred place: “Behold, I am called Mormon, being called after the land of Mormon, the land in which Alma did establish the church among the people, yea, the first church which was established among them after their transgression [or apostasy during the reign of wicked King Noah]” (3 Nephi 5:12).

The place where Alma escaped to, was called Mormon before Alma and his people had arrived (Mosiah 18:4). When Alma had to flee from King Noah for believing in the words of the Prophet Abinadi (whom King Noah slew), he journeyed to “a place which was called Mormon, having received its name from the king, being in the borders” of the land of Nephi (Mosiah 18:4). “Now, there was in Mormon a fountain of pure water” (Mosiah 18:5). And there, with the authority he had received from God, he taught the people who followed him, and baptized them in the waters of Mormon, and organized the Church of Jesus Christ (Mosiah 18:16-18).

In all, 204 people “came into the fold of God,” and were called the Lord’s people, and entered into a covenant to bear one another’s burdens, that they might be light; promising to mourn with those who mourn; to comfort those who stood in need of comfort; and “to stand as witnesses of God at all times and in all things, and in all places,” that they might gain eternal life (Mosiah 18:8-9).

They were filled with the Spirit and the grace of God was upon them (Mosiah 18:16). They learned to love and care for one another. And by meeting together each week, and walking uprightly before God, and “imparting to one another both temporally and spiritually according to their needs,” they became the children of God, and came to know the Savior (Mosiah 18:22-29).

That’s what the word Mormon came to represent—the place where people could come to know Christ. “And now it came to pass that all this was done in Mormon, year, by the waters of Mormon, in the forest of Mormon, how beautiful are they to the eyes of them who there came to the knowledge of their Redeemer; yea, and how blessed are they, for they shall sing to his praise forever” (Mosiah 18:30).

So the title of the Book of Mormon really means something like “the book, or the place, where you will come to know Jesus Christ and learn how to take upon you covenants through priesthood ordinances, and become a member of His true Church.” That’s why the Book of Mormon plates were preserved, and almost 200 million copies of the book have been printed since—for the primary purpose of convincing everyone that Jesus is the Christ (Moroni 10:4).

Here’s how Nephi described the words in the Book of Mormon: “And now, … all ye ends of the earth, hearken unto these words and believe in Christ; and if ye believe not in these words believe in Christ. And if ye shall believe in Christ ye will believe in these words, for they are the words of Christ, and he hath given them unto me; and they teach all men that they should do good. And if they are not the words of Christ, judge ye—for Christ will show unto you, with power and great glory, that they are his words, at the last day; and you and I shall stand face to face before his bar; and ye shall know that I have been commanded of him to write these things, notwithstanding my weakness. And I pray the Father in the name of Christ that many of us, if not all, may be saved in his kingdom at that great and last day (2 Nephi 33:10-12).

So, the Book of Mormon is in fact, a spiritual place (like the waters of Mormon) where the humble and sincere will come to know that Jesus is the Christ. Any place in life where we come to know the Savior will become sacred to us. We’ll never forget it. The Book of Mormon is that kind of place. And for those who take the time to explore it, they will experience the same joy that Alma’s followers did at the waters of Mormon: “How beautiful are they to the eyes of them who there came to the knowledge of their Redeemer; yea, and how blessed are they, for they shall sing to his praise forever.”

The Prophet Joseph Smith spoke about what the name means, and I was waiting to see that here, and, unless I missed it, I am saddened that the author did not include it.