The Importance of Recording Divine and Human Mercies | Meridian Magazine 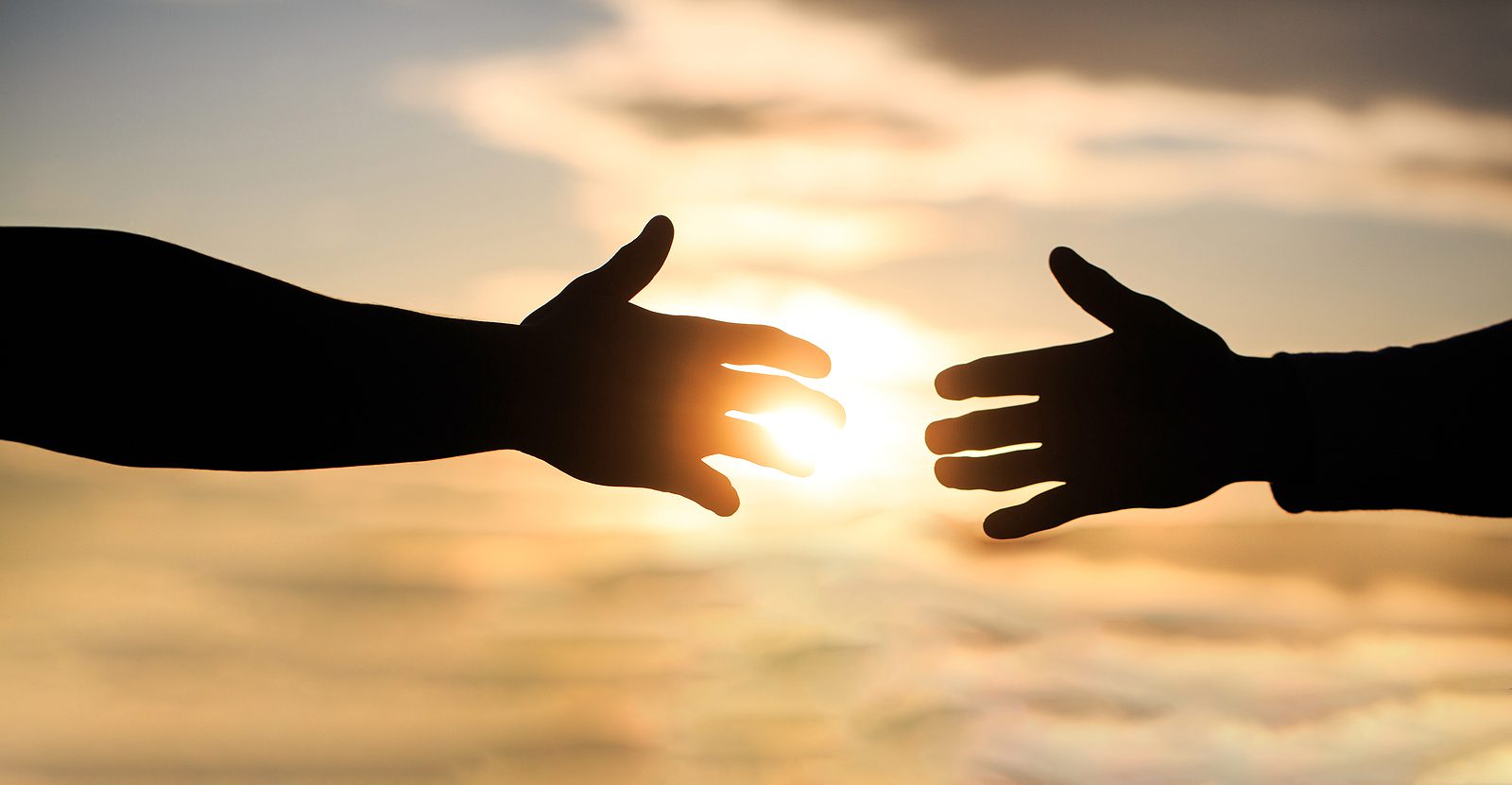 In 2015, I started keeping a five-year journal with five lines for each day. I’m able to crowd in about 50 words per day, often like bullet points. After completing 2015, 2016, 2017, 2018, 2019, I bought another. The year 2020 is now in the book, and it is already April 2021. I try to write every day, but sometimes I have to catch up. To date, every day is filled in except for some February 29ths. Often I read back to previous years to see what I wrote for that day on preceding years. What I discovered—and I had no idea this would be the result—is that it’s a compilation of divine and human mercies.

Mercy is on my mind because of a book review in which I participated. Mark A. Wrathall’s book, Alma 30-63, is one in a series of books on the Book of Mormon published by the Neal A. Maxwell Institute, copyright 2020. Dr. Wrathall shows how the principle of mercy permeates Alma’s teachings. Alma, son of Alma, knew God’s mercy when his father’s prayers and God’s will rescued him—dramatically, powerfully, and indelibly. His writings are an exposition on mercy. In the first forty-five chapters of Alma, you can find mercy/mercies fifty times. He lived mercifully and taught mercy. He counseled the poor of Ammonihah how to use God’s gift of mercy: “And now, because ye are compelled to be humble blessed are ye; for a man sometimes, if he is compelled to be humble, seeketh repentance; and now surely, whosoever repenteth shall find mercy; and he that findeth mercy and endureth to the end the same shall be saved” (Alma 32:12-13).

In researching mercy, I remembered the painting, shown here, that hangs in the Conference Center in Salt Lake City, Utah, in which Mercy and Justice are personified. It is instructive that Mercy and Justice stand side-by-side, working together in behalf of the sinner. Mercy is beckoning, inviting the sinner to amend his ways. Justice has a sword in his left hand, showing he doesn’t intend to use it. (Traditionally, the right hand held the weapon and the shield was in the left hand.) If the sinner repents and accepts the outreached hand of mercy, the demands of justice can be satisfied through Jesus Christ. “Mercy claimeth the repentant” (Alma 42:23).

I found out, according to the third Lecture on Faith, that the second character of God is “that he is merciful” (lecturesonfaith.com/3/). I found out that mercy is not found in the Bible Dictionary, which I assume is an oversight because mercy is found 320 times in the Bible. I learned about mercy’s reciprocity from Dr. Wrathall: “Blessed are the merciful: for they shall obtain mercy,” (Matthew 5:7; 3 Nephi 12:7), which heightens my awareness that others need my mercy as much as I need theirs. I also learned that “God… is rich in mercy, for his great love wherewith he loved us” (Ephesians 2:4). I want to be rich in mercy wherewith I love others.

When I think that God, who “cannot look on sin with the least degree of allowance” (Alma 45:16), does not punish me immediately for my foibles and sins but grants time and space for Mercy to do her work, I love Him more than ever. Alma explained to his son, Corianton: “There was a time granted unto man to repent, yea, a probationary time, a time to repent and serve God” (Alma 42:4). This time period or space happens here on earth and again between death and the resurrection, a concept echoed in Revelation: “I gave her space to repent” (Revelation 2:21).

I also learned in my research that mercy is connected to covenant protection: “Blessed are they who have kept the covenant… for they shall obtain mercy” (D&C 54:6). (See also Deuteronomy 4:31; Luke 1:72.) “And behold how great the covenants of the Lord, and how great his… mercy” (2 Nephi 9:53).

Add to that, the fact that mercy is one of six names for Heavenly Father’s plan: “And now, the plan of mercy could not be brought about except an atonement should be made” (Alma 42:15, italics added).

Lehi received mercy: “And after I had traveled for the space of many hours in darkness, I began to pray unto the Lord that he would have mercy on me, according to the multitude of his tender mercies” (1 Nephi 8:8, italics added).

Nephi received mercy: “I, Nephi, will show unto you that the tender mercies of the Lord are over all those whom he hath chosen, because of their faith, to make them mighty even unto the power of deliverance” (1 Nephi 1:20, italics added).

Elder David A. Bednar defined mercy: “I testify that the tender mercies of the Lord are real and that they do not occur randomly or merely by coincidence…. The Lord’s tender mercies are the very personal and individualized blessings, strength, protection, assurances, guidance, loving-kindnesses, consolation, support, and spiritual gifts which we receive from and because of and through the Lord Jesus Christ” (www.churchofjesuschrist.org/study/general-conference/2005/04/the-tender-mercies-of-the-lord?lang=eng).

Elder Dale G. Renlund’s rejoiced in mercy: “I testify that God lives and that Jesus is the Christ, our Savior and Redeemer, and He lovingly and joyfully extends His mercy to all. Don’t you love it” (www.churchofjesuschrist.org/study/liahona/2020/11/55renlund?lang=eng)?

I do love it and rejoice in the mercies I receive.

One afternoon I was traveling to Pleasanton, California to help a daughter through a difficult pregnancy. I flew to San Francisco and found BART (Bay Area Rapid Transport), the under-the-bay railway that would take me to Pleasanton. When I walked down into the BART tunnel, I looked for signs identifying which train went to Pleasanton. (I was used to the London Underground and New York subways where getting on the right train is crucial.) I couldn’t see any signs, and I was the only one on the platform. I heard a train coming. It stopped in front on me. I frantically searched for directions. It was getting dark. I was alone in an unfamiliar place. Suddenly, I saw through the windows of the train, a man running to a door as though he had suddenly decided to get off, but instead he yelled to me, “There is only one train! Get on!” He understood my predicament and in a split second mercifully rescued me. He prevented the conductor from driving off by standing in the doorway until I was safely on the train.

When a human rescues me, I never know whether the rescuer was just being kind or whether the Spirit had prompted him or her to act in my behalf. But when the Holy Ghost directly intercedes, there is no question that it is divine mercy.

Especially in these 2020-2021 years, human and divine angels have attended the hardships and adversities brought on by the pandemic. I know earthly angels are the human link that carry out the will of heaven. The husband of one of my dearest friends was a casualty of COVID-19. In her heartbreak, she spoke of attending angels and the Savior’s “arm of mercy” (D&C 29:1). I have been grateful for the merciful gift of technology that allowed me to keep in touch with family and friends. I stand in awe of the perfectly-timed mercy to members of The Church of Jesus Christ of Latter-day Saints in that President Russell M. Nelson prepared us “for such a time as this” with the new focus on home-centered church and “Come, Follow Me” curriculum. I am grateful I have documented these mercies in my journal.

Recently, my 2015-2019 journal fell open to January twenty-sixth. I read the top entry. The last sentence reads: “Michelle called me with one of the most significant revelations of my life. I am recording it in ‘notes’ at the end of this book.” You can imagine how quickly I turned to the notes at the back of the book. It is blank. Obviously, I became distracted and didn’t record it.

David, who killed Goliath as a young man, grew up to be King of Israel. He wrote poems, called psalms, to record his relationship to God, both to beg for mercy and praise for mercies granted. Psalms became “in effect the standard ‘hymnal’ for the Jewish nation” (Donald P. Hustad, Hope, 1981, 83). In Psalm 136, King David expresses gratitude for God’s blessings to and rescues of Israel. All twenty-six verses end with the same melodic phrase, as if musical notations accompany the words: a reverent whisper, as if played pianissimo (pp), crescendos to mezzoforte (mf), and then to fortissimo (ff) with a gradual slowing at the end, or ritardando (rit). As I read these words aloud, my gratitude becomes a prayer for the divine and human mercies I receive daily.

pp  O give thanks unto the Lord; for he is good: for his mercy endureth for ever.

mf  O give thanks unto the God of gods: for his mercy endureth for ever.

ff  O give thanks to the Lord of lords:

rit  for his mercy endureth for ever.

What a wonderful reminder and beautiful examples! I find my large journal with endless blank pages overwhelming, but also would love to record these mercies every day. Can you share with us where you get your five-line dated journal? I can't seem to find one.

I’m grateful for this article. I think we could be good friends! I’ve been studying mercy too, and highly recommend Mark Wrathall’s contribution to the Maxwell Institute’s series