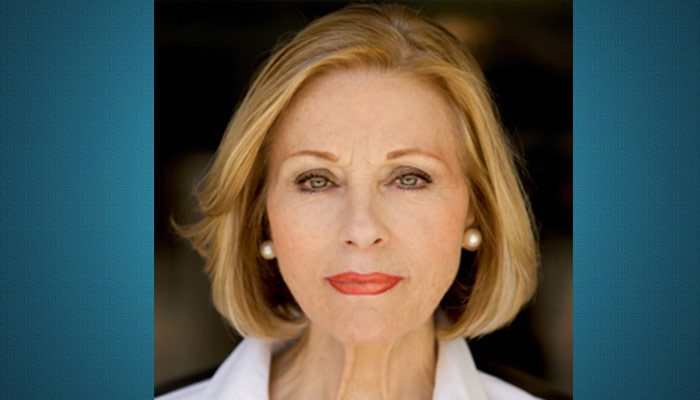 The first thing you might have noticed about her was her posture. It was impeccable. Every time we spoke, I found myself trying to stand a little taller, to match her in her tall height, trying to square my shoulders, and trying to assume that confidence that naturally seems to follow people with excellent posture.

Her eyes were the next noticeable thing. Lovely and clear, they swirled with depth. They were unapologetic eyes that hinted at great joy and deep sorrow. They were compassionate eyes. But they were also quick, and analytical. Ariel Bybee was a strong and valiant woman, and you knew that immediately, just by looking in those eyes.

When I met her, I was totally intimidated. She was the famous mormon opera star, a mezzo sporano who sang with the Metropolitan Opera. By the time she was done, she would have over 18 seasons and 460 plus performances there to her credit. Her credits would also come to include singing “How Great Thou Art” at the National Prayer Breakfast, performing at the Visitor’s Center of the Washington, DC, Temple for ambassadors and other dignitaries, soloing several times with the Mormon Tabernacle Choir and singing for LDS Church President Gordon B. Hinkley at his 90th birthday party. She recorded two albums of sacred music, O Divine Redeemer and Eternal Day.

Before we met I had attended Brigham Young University, where a full length portrait of her hung in the Harrison Fine Arts Center. I had seen it nearly everytime I walked into that building for classes.

We met in the late eighties, in New York City, where we both then lived. She was mid-life and mid-success and I was in my late twenties. I was married with two small children. I was, unimaginably, the Stake Primary president, and Ariel was a ward Primary President. Ariel would often ask me what I would have her do to improve her Primary. This was mind boggling. Here I was, a nervous young convert who had never been a ward Primary President, and who was relying desperately on the spirit for guidance. And here she was, professional and organized and accomplished and oh my…I could barely find my toddler’s missing socks after a meeting.

One of these meetings was a luncheon, organized by Ariel, for her Primary staff. She included me and my counselors on the invitation list. I came and was elegantly served pumpkin cheesecake with a ginger snap crust. I had never heard of this delicacy before but it was sublime. I can’t hear of it now without thinking of Ariel.

She was so kind. One day after a Stake Conference I visited with her in her Primary room. She asked me again about what improvements I thought she might be able to make in her Primary. I smiled slowly like I was thinking. But inside I was actually frantically praying that I could come up with something, anything. I could have reminded her of some training we were offering later, but she didn’t really seem to need that and besides those eyes were looking for something right then. There had to be something. I turned and looked towards the front of the room. The spirit mercifully whispered and I was able to haltingly say “Well… I noticed that you might be able to use a little podium here in the front of your room, for, you know, when your Primary children are giving talks?” She nodded deeply. She would get right on it.

And she did. The podium was purchased and up and running within weeks. She followed through and let me know that it was done. Wow.

A couple of years later we moved, and I heard something about Ariel. She had always wanted more children. She had one, a wonderful daughter, Nylane McBaine, who is an accomplished pianist and author. But sadly, additional children were not in the plan. So she accepted a new plan, one that involved a plethora of music. In addition to her opera performances, she taught voice, often for free. She sang in many wards. She held demanding callings. She gave and gave with faith, love and characteristic humility.

Ariel Bybee wasn’t just a professional singer. She was a professional human being. I imagine she will be in the heavenly choir that welcomes us home one day. I hope so. I think I will recognize her as soon as I see those kind, wise, loving eyes again.

Thank-you Chuck, Ed, Ann, Carol, and Maryan all for these interesting comments! I hope that Ariel can somehow see these fun memories/hopes/realizations and expressions of love from her vantage point. Thank-you all so much for sharing them. P.P.S. Hi Maryan!! I remember you from that time. What a great writer and person you were/are.

I too was in her ward in the 80's in Manhattan. One December night a few of us squished in our car to go over the river to Short Hills Ward to hear the Messiah. My husband was driving, I was in the middle, and Ariel was next to the door. Three other passengers were in the back. I remember thinking as I sat next to her that night, "I can't believe I am crunched next to Ariel Bybee, singing Christmas carols in our old car, and going to hear the Messiah. Her long fur coat kept me warm that night as it stretched over my lap. We all laughed and told stories that night, feeling the festive spirit of Christmas upon us. I knew Ariel and ran into her for many years, but that night all squished in our old Duster at Christmastime is my favorite memory of her.