The Graph That Shatters CRT: July 4, 1776 Set Slavery on the Path to Worldwide Extinction | Meridian Magazine 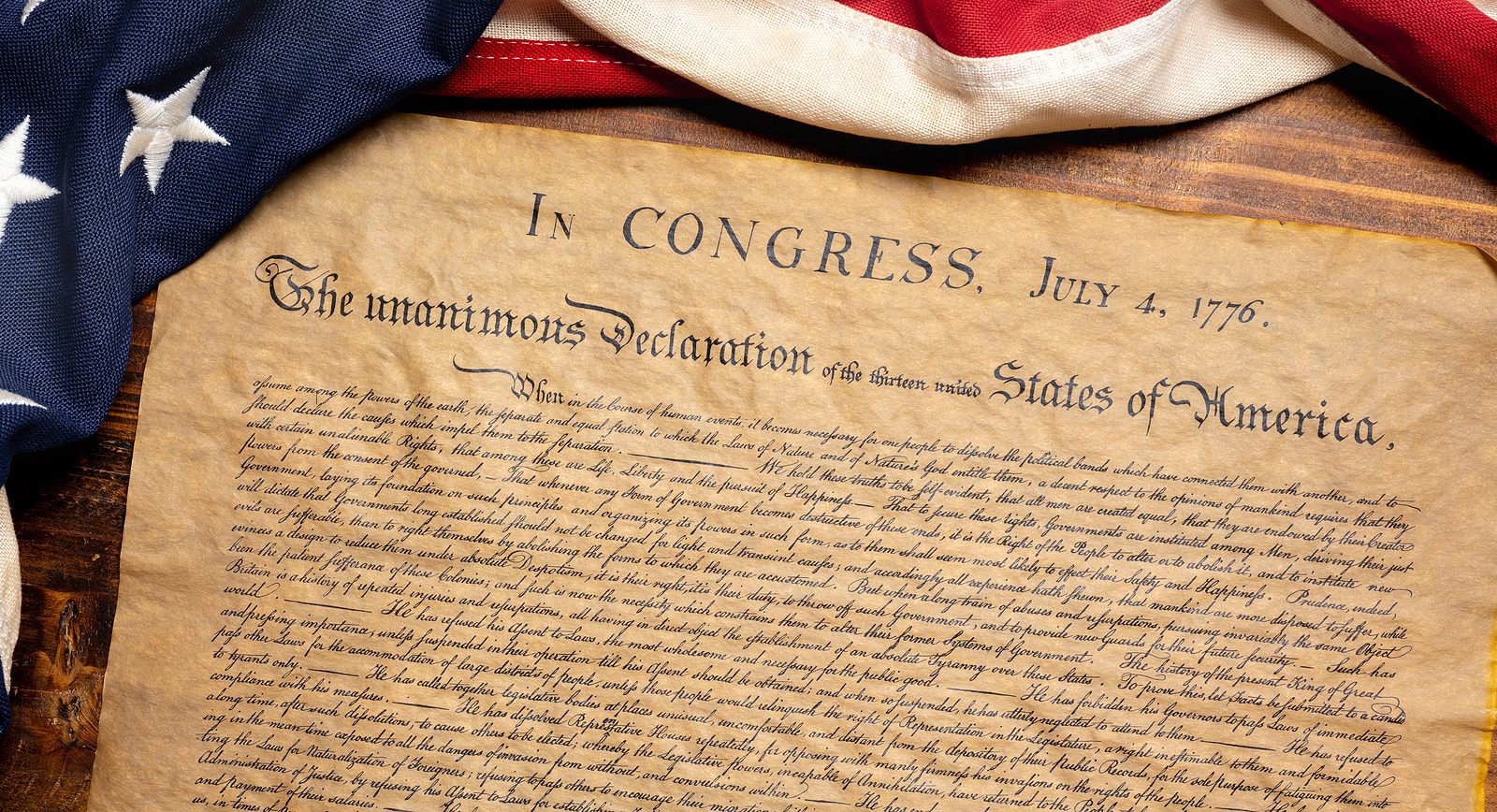 The Graph That Shatters CRT: July 4, 1776 Set Slavery on the Path to Worldwide Extinction

The following is excerpted from AMAC. To read the full article, CLICK HERE.

As America celebrated the 245th anniversary of the Declaration of Independence this July 4, the legacy of the Declaration is under attack like perhaps never before. Much of the American left has adopted the view—one even espoused by Joe Biden’s Ambassador to the United Nations—that the Declaration is a “white supremacist” document. This is among the central notions of what has become known as Critical Race Theory. Yet this idea, so crucial to the thinking of the modern left, is not only not true, but the clear historical record shows that the exact opposite is true. The Declaration of Independence did not forever enshrine slavery and racism into the soul of America—it set slavery on the path to inevitable global extinction.

The question goes to the heart of the faith which has animated liberal thought toward race since long before it was formalized in the New York Times’ 1619 Project and Critical Race Theory—a belief not just that America has sins, or was imperfect, but that America was and is uniquely sinful and worse than everyone else.

In this version of American history, the truth of 1776 is not merely that the Founders were forced to make pragmatic compromises with reality and take time to achieve the aspirations they set themselves. It is not simply that Thomas Jefferson, despite his repeated personal desire to do so, failed to see the elimination of slavery in his lifetime.

No, the 1619 Project and Critical Race Theory’s historical claim is much bigger than that. They claim that Jefferson and the Founders never cared to see the end of slavery at all, and above all, they claim that the American Revolution itself was fought specifically to entrench slavery, driven by fears that Britain might abolish it.

As has been noted even by a number of liberal and partisan Democratic historians, these claims are total nonsense.

The abolition of slavery in Boston, New York, and Philadelphia followed rather than preceded the Declaration of Independence and it did so for a simple reason. The British, far from being a force for emancipation, were a force against it. In fact, they opposed any move toward emancipation for the same reason the American Revolution was necessary in the first place. London sought control of all trade and economic activities in the colonies for revenue raising purposes. The British Exchequer profited from the buying and selling of slaves in American ports, and British banks invested heavily in loans to slave trading firms. Any attack on the slave trade would have been as much an act of rebellion against Britain as the attack on the tea trade was.

Reality is the inverse of the 1619 Project’s thesis. Rather than being an effort to avert any moves toward emancipation or restrictions on slavery, American Independence was a prerequisite for any legal limitations to it.

Accurate history. Well written and definitely factual. Add to that, at the debate before July 4, 1776, the northern states were thrilled with Jefferson's language condemning King George for the slave trade. Interesting denunciation in that they profited from the slave trade with their ships in the infamous triangle. But rather than this condemning them, it should inspire everyone that these were men of principle willing to sacrifice the shilling for the abolition of slavery. The only reason that denunciation of King George's slave trade was taken out is that was the price of the slave states in the south agreeing to participate in the rebellion and sign on to the Declaration of Independence. Ben Franklin started the first abolition society and John Adams was a fiery opponent of slavery. It was a bitter pill to swallow but they figured it was best to create the First nation in the world that would then freely, by the voice of the people, abolish slavery. And, as this article so expertly shows, they did just that. One other point. Russian Tsar Alexander II was anxious to abolish slavery in Russia (called serfdom or being a serf -- a gentler word than slave). He was inspired by the American Revolution of 1776 and used that to abolish serfdom in 1861, freeing more than 23 million people. (Those white serfs would have found the notion of "white privilege" bizarre. Slavery and repression of any sort is evil.) It should also be noted that the first European slave traders were the beneficiaries of the existing slave trade among African tribes. Wrong is wrong no matter where. For thousands of years across the world people have been enslaved by each other regardless of race. America has blessed the world a 1,000 times over and a 1,000 times more than any damage it has done -- real or imagined.

Thank you!! Finally, an article that tells the truth of the matter, instead of pandering to those suffering the confusions and delusions of the CRT scheme toward communism. We need more people with, and more articles encouraging this understanding of truth.