The Gift of a Violin | Meridian Magazine 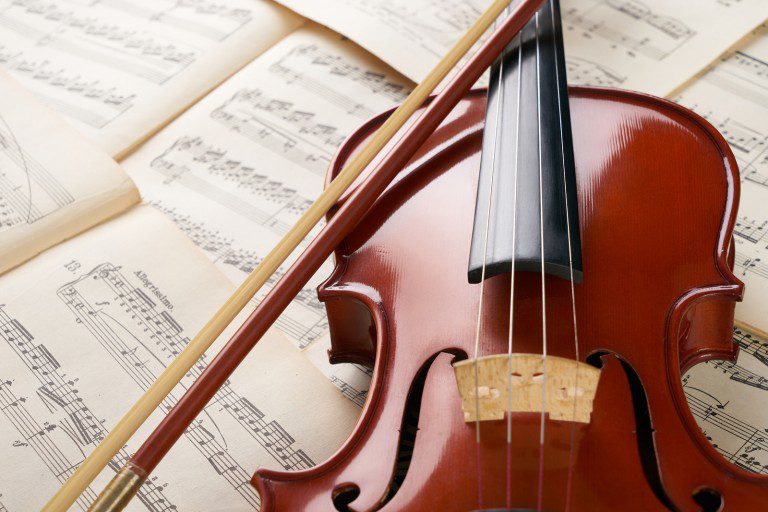 The Gift of a Violin

I went to the high school orchestra concert and visited with people before it started. But when the lights dimmed, we all moved to our seats and quieted down. The youth came filing in, and the audience applauded. As the young musicians moved to their designated chairs, I smiled as I saw who the senior boy was who took the concertmaster chair.

Nathan was a big, muscular boy who looked like he should have been a linebacker for a football team, not playing violin in an orchestra. But Nathan’s orchestra story started many years earlier.

He was always a big boy for his age, and everyone expected him to play football. The school had one of the best teams in the state, having won the state championship many times. Those on the football team were quite popular in the school. So when Nathan got into fifth grade, everyone was surprised when he didn’t try out for football. That was when the teasing started. Most of it was in fun, but some of it was downright mean. It continued to the point that he finally decided to join one of the teams. And because of his size, he was fairly good, but he wasn’t as outstanding as many people thought he should be.

Nathan’s mother was the secretary in our department. In high school, I had been an all-conference and all-state football lineman, so Nathan’s mother thought it would be good to have him talk to me. She felt that maybe I could motivate him. But when he came to me, I could sense something was wrong.

He shrugged again, and we started to talk. I learned that Nathan was not really interested in football. His real love was music; classical music, no less.

“Have you told your mother?” I asked.

He shook his head. “Everyone just expects me to play football.”

“I think she would understand,” I said. “Everyone expected my children to do sports. But when they tried, their hearts weren’t in it. If your heart isn’t in it, you will never excel. You need to do what you love to do, not what others tell you that you should do.”

For the next few days, our department secretary was not her jovial self, and I wondered if I had been wrong in what I said. She wouldn’t say what was bothering her, but we could all tell something was on her mind.

It was about this time that one of my colleagues came to my office. His wife was the orchestra teacher at the middle school. He told me he wanted to talk about Nathan.

“Daris,” he said, “I don’t know if you know, but Nathan wants to play violin in the orchestra. But since his mother is a single parent, she doesn’t have the money to get him a violin. Would you consider donating?”

There were only twelve members of our department, but we collected enough money to buy Nathan a high-quality, professional violin. A few days later, our department members gathered in the department foyer, and my colleague presented the beautiful instrument to Nathan’s mother. She cried openly as she accepted the gift for her son. And she was again her jovial self.

Nathan loved orchestra, and he excelled. It wasn’t long before he was the lead violinist. Though some people still teased him about not playing football, his musical talent was soon recognized, and the teasing faded away.

So now, as I watched Nathan play, including a phenomenal solo, I thought of how important it is to do the thing you love the most. But I also thought about how grateful I was for the good people I worked with who were willing to support a young man when he needed it most.

What a great example of knowing what our dreams are and having support to go after them! Inspiring!