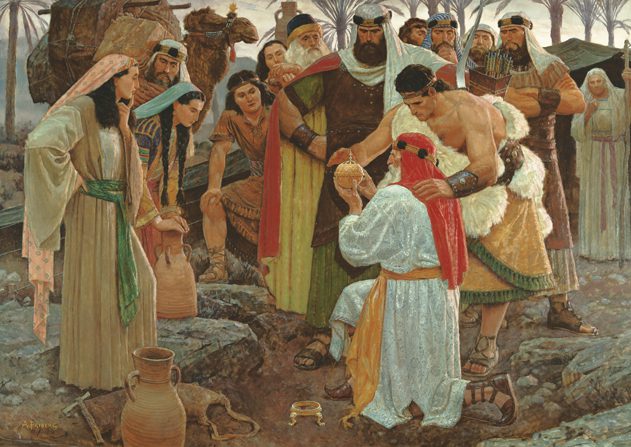 The Book of Mormon as Brilliant Literature

I’m not the most qualified person to write on the literary aspects of the Book of Mormon, but I’m not a neophyte either. With degreed work at a Bachelor and Master’s level in English, publication of 18 books including plays and short stories, I have some understanding and appreciation of the endeavors of Shakespeare, Milton, Hardy and James on the England side of the language, Hemingway, Steinbeck, Poe and Twain on the American side, and Dostoyevsky, Camus, and Conrad in the international world of letters.

In all, the blurry eyes from reading and the enjoyment from delving into the writings have left me to ponder the Book of Mormon as it might stack up against the standards, mores, artifices, and literary devices used by the geniuses to portray their ideas in print. Does it make the Book of Mormon any more true or false… no, but infinitely more interesting to me.

But first a word on the five ton elephant in the room: authorship. The Book of Mormon’s authorship is much in doubt to the world. To say its origins are curious would be an understatement. But only someone wishing to give a Nobel Prize for Literature will care all that much about authorship. For the rest of us, the Book simply is. You can hold it and read it and let it speak for itself. Whether Joseph Smith made it up, read it out of a hat, got it from someone and didn’t give him credit, found it or whatever, the Book is there. It either was produced as Joseph Smith, Emma Smith, Oliver Cowdery and others claim or it wasn’t.

After examining all of the accounts I accept Ockham’s Razor which was best stated much earlier by Ptolemy, “We consider it a good principle to explain the phenomena by the simplest hypothesis possible.” Applied to the fantastic rationalizations by the detractors of the Book of Mormon, I find the idea that an “angel did it” or it was a “deus ex machina” a far simpler possibility and I’ll leave authorship at that.

It also leaves people who write or read extensively with a challenge. Few writers can conceive writing 400+ pages in 90 days let alone a book that is so filled with literary accomplishments.

To that I specifically ponder the use of character development, allusion, symbolism, allegory in the general theme and specific usage in a story, effective vs. affected language usage, plot with its twists and interest development as well its didactic development methodology, human predicament resolution and exculpation, and the universality of themes which may have, in a Jules Verne manner, a greatly prophetic or predictive value. One could easily seek to discuss the actual text of the Book and the unusual nature of that, but I won’t touch that subject because it takes someone of the acumen of a Dr. Royal Skousen to accomplish that, which he has.

Space doesn’t allow me to go into detail so here is a brief overview of two of these subjects.

The family of Lehi is a complex and compelling collection of characters. Nephi is the voice and protagonist of the first two books and is a character that belies simple description. He evolves, as a character should, over time and with experiences. He begins as a brash, idealistic nearly arrogant young man who naturally antagonizes his older brothers to the point of violence. Typical of family life, especially in a middle-eastern family where the law of primogenitor dominates. When the eldest brother speaks, you answer with “yes sir.”

Yet it is Nephi who stands up and leads and commits a major crime – justified though it becomes. Yet this crime becomes the central plot twisting point throughout the entire Book of Mormon and eventually leads – spoiler alert –, to the destruction to Nephi’s entire race. Yet he is the protagonist and his eldest brother who schemes against Nephi and several times tries to kill him, is the antagonist, and he argues against the crime Nephi committed. Yet it is his posterity that is cursed and becomes degenerated.

Father Lehi is no less complex. He begins as a pillar of granite and leads in divine manifestations but himself falters and ends up ceding authority voluntarily to young Nephi, supporting the crime, and justifying it as honorable.

Other characters are fleshed out a bit as minor characters are and play their parts and weave in and out of the story as they should. Sam and Zoram have little to say but are intriguing characters. They are not the character crafting of an amateur writer.

When Nephi dies, barely 70 years of the 1,000 year narrative has gone by. Throughout the rest of the Book, characters come and go, have their 15 minutes (pages) of fame and do so in a representative fashion. Many are quite memorable even though their time on the stage is brief. King Mosiah stakes his claim to government stardom as does his father Benjamin, although Benjamin manages to elevate government far higher than any king before or after has done, blending church and state into a rational government of goodness.

King Noah blusters his way into ignominious history. Alma the Elder evolves into a heroic figure, one of the truly great figures. His son has a Saul to Paul moment and becomes a giant of a leader although his character is less defined the older he gets for the editor lets his epistles speak for his life.

One of the strangest characters is one of the Book’s strongest cases. It manifests a writer, Mormon, who cares more about the Book than himself as a writer for he takes Nephi, son of Helaman, and shows him as a struggling prophet who toils in sorrow until one day he rises above the others and is given gifts from heaven that are greater than any gifts bestowed by the Gods from Olympus to the Greek heroes. He can say a mountain is to be removed and it will be, or floods to rage or disappear and they will be. But his choice of actions is to ask the Divine what His will is, setting a pattern for all mankind. This character stands as one of the greatest of prophets in scriptural writing, yet, in all of his pronouncements, the writer of the Book, lets the editor of the text let Nephi declare to his people that he wishes they could live in the time of Father Lehi when all was roses and paved streets of gold.

The writer clearly presents a prophet who could see the future but hadn’t a firm grip on what was in the past. Writers generally don’t let their best characters appear foolish, leaving the reader to wonder why neither the editor of the book – Mormon – nor the purported writer/translator, Joseph Smith, would not provide cover for this great man. Perhaps they just wanted to let the reader see that the characters were real people, warts and all.

Similarly, the Book’s greatest military mind, Captain Moroni, not only is shown to uncannily resemble the actions of ancient Tsun Tsu, but he has a vulnerable, emotional side that humiliates himself. As previously mentioned, the editor leaves in Moroni’s ironic epistle to his political leader that excoriates the leader for lack of support for the military. The leader humbly accepts the roasting and reveals they were worse off than Captain Moroni and his crew, something the Captain wasn’t expecting. He has to eat crow and back away from his bombastic epistle. Once again, a real human character is shown, warts and all.

Many other characters fill the pages: Helaman, 3rd Nephi, Ether, the brother of Jared, Mormon and Moroni. And bad guys, plenty. The aforementioned King Noah, Korihor, and of course Gadianton.

More can be said of the characters of the Book of Mormon. They certainly fulfill the requirement of good literature to be complex, memorable, filled with humanity and universal appeal.

Allegory in the general overall structure

The Book of Mormon in its entirety is the life of mankind and individual mankind depending upon their honorable life trajectory. Mankind’s path has been described by numerous scholars similarly to the way a colleague of Adam Smith describes mankind. Alexander Frasier Tytler, the Scottish economist in the 19th century predicted that democracies cannot last: The average age of the world’s greatest civilizations from the beginning of history has been about 200 years. During those 200 years, these nations always progressed through the following sequence: From bondage to spiritual faith; From spiritual faith to great courage; From courage to liberty; From liberty to abundance; From abundance to selfishness; From selfishness to complacency; From complacency to apathy; From apathy to dependence; From dependence back into bondage.

The Book of Mormon follows this path or life cycle throughout making the entire book allegorical.

Specific usage in a story of Allegory

It’s one thing to effectively make the entire book a striking allegory. That takes talent. But an amazing literary feat is pulled off in the Book of Jacob in the telling of Zenos’s the Allegory of the Olive Garden. Having studied the world’s classic allegories like Bunyan’s Pilgrim’s Progress, Dante’s Inferno, Plato’s Allegory of the Cave, Golding’s Lord of the Flies, CS Lewis’s Chronicles of Narnia and dozens more that make use of a loosely woven open story that carries deep symbolism throughout the story. But, I can say unequivocally that none are as tightly woven, as efficiently told, and as deeply layered with symbolic representations as the Allegory of the Olive Garden.

In a much shorter space than any of the other great allegories, the writer manages to incorporate into the allegory God, Christ, mankind as Hebrew tribes, Gentiles, apostates, the penitent person and the penitent movement, threat of destruction to enthronement, all while being exactly correct in the horticulture of grafting and the keeping of a huge olive orchard or garden. It’s brilliant. The Bible doesn’t publish this great Allegory but apparently some of the prophets knew of it because some, like Paul, they actually refer to it.

Next to it in style and skill, but greater in its universal application is Lehi’s Vision of the Tree of Life. It’s simple to understand and a powerful statement about religion, rebellion and devotion. Songs have been written with its imagery although not terribly good ones. But, still, the lyrical language is there awaiting better composers.

That’s enough for now. The Book of Mormon stands as it is. It exists and is a challenge to ponder how it was written as well as how brilliantly it was composed. Either accept its divine origins or give it a Nobel Prize for Literature.

Thank you, Mr. Stoddard. You may well have written a teaching outline for a semester class. This essay has been a joy to read. I have been a persistent student of this marvelous volume throughout my life, yet such observations as you put forth have escaped me cognitively as well as consciously. I agree with every one of your points and wish that they had been more apparent to me all along.

I really enjoyed this! I too wish it had been longer and think you should consider a series. At USU I took "The Bible as Literature", but didn't really love the class. My dislike had more to do with the professor than the content. This piece was very insightful and I would love to read more! 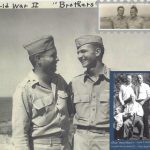 My Legacy of Handcart Pioneer Faith and Fortitude…and Heart Disease