The Atlantic on "Why Romney is Running for Senate" | Meridian Magazine 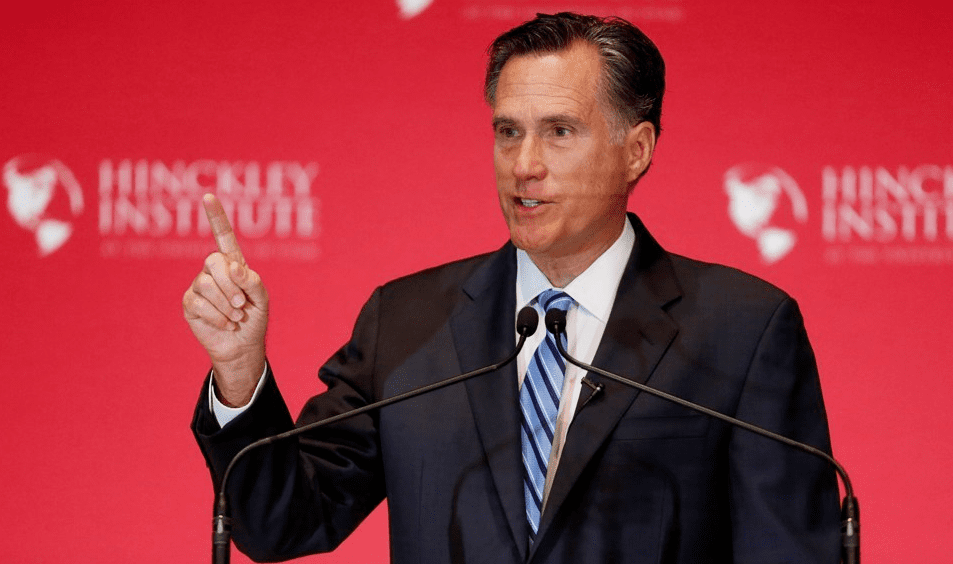 The Atlantic on “Why Romney is Running for Senate”

The following is excerpted from The Atlantic. To read the full article, click here.

Mitt Romney launched his long-anticipated campaign on Friday, tweeting, “I am running for United States Senate to serve the people of Utah and bring Utah’s values to Washington.”

Over recent weeks, much of the national pundit chatter has focused on whether he will be returning to the political arena as a friend or foe to Donald Trump. But in interviews this week, advisers and allies close to the candidate told me he will seek to avoid direct combat with the president this year, and emerge instead as a full-throated pitchman for his adoptive home state—making the case that Utah’s distinctive brand of conservatism could offer a better way forward for the GOP and the nation.

All of this might sound like pandering from a carpetbagger looking to curry favor with would-be constituents. After all, Romney grew up in Michigan and spent most of his adult life in Massachusetts. But people close to him say that Romney—who famously turned around the floundering Salt Lake City Olympics in 2002, and later became the first Mormon to win a major-party presidential nomination—has long felt a deep kinship with Utah. When his 2012 presidential bid ended, he and his wife Ann chose to build a house outside of Salt Lake, and Romney has spent much of his semi-retirement in the state skiing, playing with his grandkids, and hosting an annual summit for high-powered politicos and corporate leaders in Park City.
“He and Ann could have lived anywhere in the country … and this is the place where they felt most comfortable living out the rest of their lives. They built a house to die in, basically,” said a Romney adviser, who requested anonymity to discuss private matters.More to the point, the adviser said, Romney is a true believer in the Utah model of governance—and he plans to make it a central theme of his campaign. Rather than define himself as the Republican antidote to Trump, he will champion a brand of Republicanism that he believes could be the antidote to Trumpism. Rather than barnstorm the state with withering condemnations of the president’s character—as he did in 2016, when he denounced Trump as a “phony” and a “fraud”—he will seek to advance a proactive policy vision to contend with Trump-style nationalism.

I would much rather have a Utahn for a Senator, but in lieu of there actually being someone better, then my vote will go for Mitt.

I have nothing against Mr. Romney as a person. But Utah needs to be represented in Congress by a Utahn. He is not that no matter how his people try to spin the facts.