The April 2021 General Conference Will Be Virtual Only | Meridian Magazine 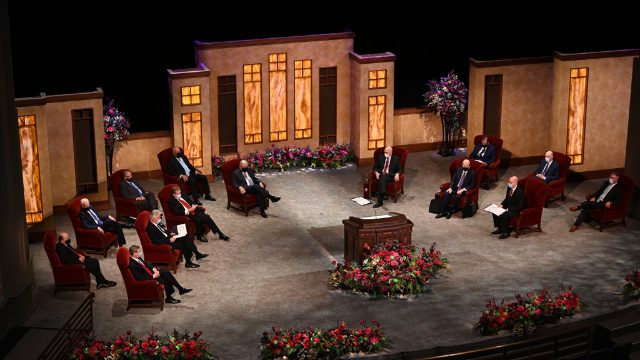 The First Presidency of The Church of Jesus Christ of Latter-day Saints has announced that the April 2021 general conference will be virtual only.

The April proceedings will mirror the October 2020 general conference: The broadcast will originate from the Conference Center Theater on Temple Square, only the speakers and their spouses for a given session will be present in the meeting, and the music will be prerecorded from previous general conferences.

“As a worldwide organization, we have an obligation to be good citizens and to act with caution as it relates to such a unique setting as general conference, which traditionally brings thousands of visitors to Salt Lake City from around the globe,” the First Presidency has said.