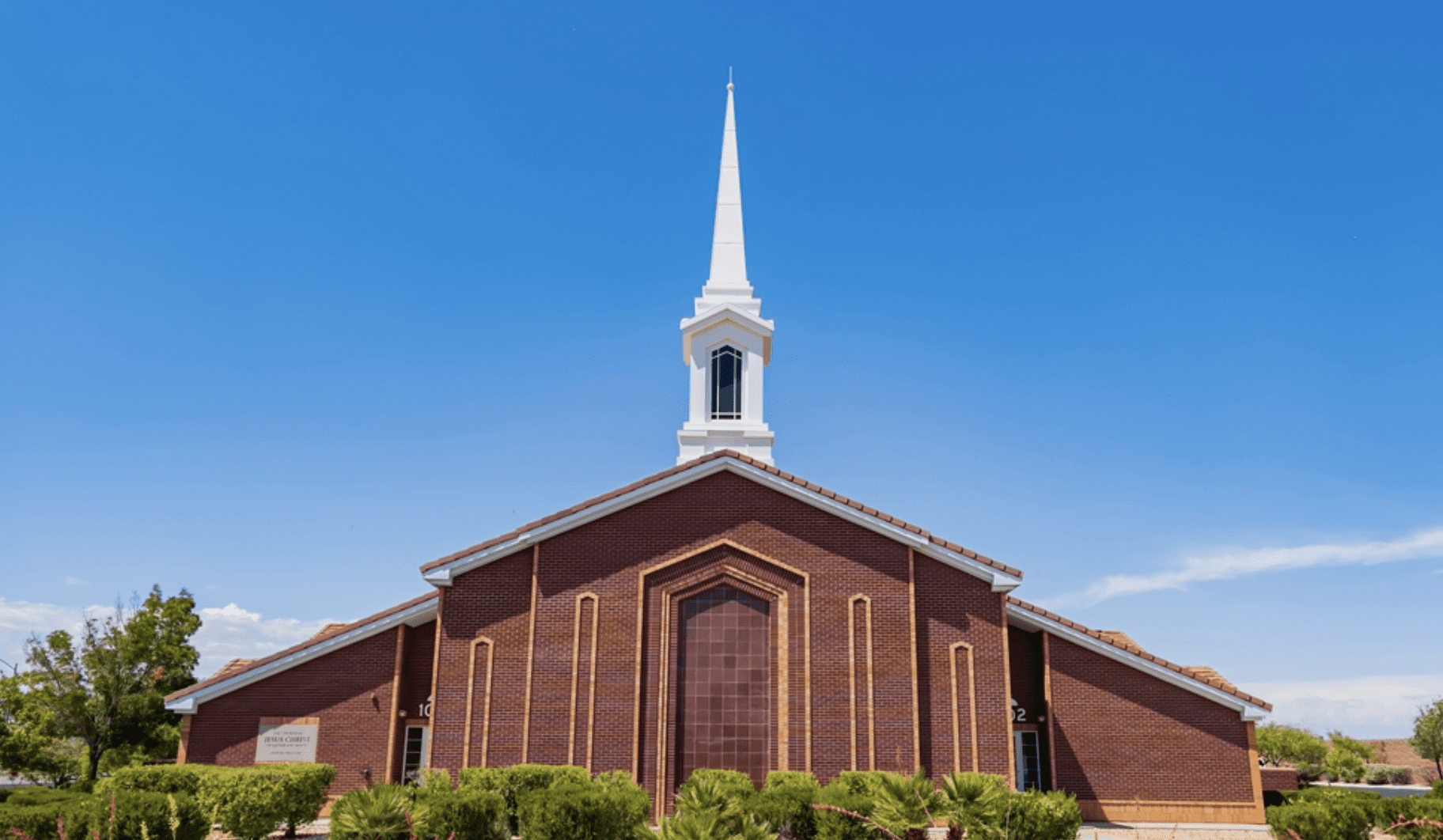 A few years ago, Richard and I were vacationing in Park City, Utah. On Saturday night, we looked on the Church website and found out that the Park City Ward met at 11:00. We arrived about 10:30 because we have friends in the Park City Ward whom we hoped to see. When we got to the door, a sign taped to the door said, “The Park City Ward meets at 9:00. Sacrament meeting for visitors is from 11:00-12:00.” We were disappointed that our friends were already in their classes but found a seat in the unusually large chapel to wait.

I watched many Aaronic Priesthood young men reverently setting up two sacrament tables on either side of the room. I watched family after family dressed in Sunday best fill the chapel. At about 10:50, the chapel and the cultural hall were full. Folding chairs were being put on the stage. Then the man who would conduct the meeting came to the microphone and invited those who hadn’t found a seat to sit in the choir seats. I looked over the stake-conference-size congregation and wondered how many Sundays in a year the crowd was this large. I appreciated the efforts of the Park City Stake to provide for a “visitors” sacrament meeting.

The man conducting introduced himself as a member of the Park City Stake high council. He welcomed us and announced the opening song, prayer, and sacrament song. I began to figure in my mind that even with two sacrament tables, eight priests, and sixteen deacons, the sacrament was going to take a very long time. I thought about all the children and babies and wondered how noisy it might become. I looked at my watch. It was 11:15. At 11:45, everyone had partaken of the sacrament and the deacons were seated.

Why am I telling you all this detail about a random group of members of the Church of Jesus Christ of Latter-days Saints on a random Sunday in a random resort town? I am telling you because it was the largest congregation I had attended where the sacrament was administered and one of the most reverent. The babies and children seemed to feel the power and spirit that filled the room. I felt it was a blessing on the congregation who, although they were on vacation, weren’t vacationing from the Sabbath. They had packed Sunday clothes and were worshipping and keeping the Sabbath Day holy.

“Lord, behold this congregation; precious promises fulfill. From thy holy habitation. Let the dews of life distill” (As the Dew from Heaven Distilling, Hymns, 149).

Another powerful sacramental experience happened in my own ward. It was another very large congregation. It was a meeting to welcome home a missionary and to say farewell to a departing missionary. As the priest said those first words of the sacrament prayer: “O God, the Eternal Father,” a cloud of peace and love seemed to come and hover over the congregation. Pure silence and worshipful reverence blessed me that day. I didn’t know how many people felt it, but after sacrament meeting, I heard several people whispering to others, “Did you feel it?”

It was several months later when a couple that had just moved into the ward were giving the talks. In the wife’s talk she said: “Before we signed the contract on our house in this ward, we decided to attend your sacrament meeting. During the sacrament, it was like a beautiful cloud of peace filled the chapel. I said to my husband, ‘If that’s the way this ward does the sacrament, I want in.’”

They “praised the Lord, saying, for he is good, for his mercy endureth for ever: that then the house was filled with a cloud” (Chronicles 5:13).

After President Nelson showed the clip from the Book of Mormon Videos in his conference talk, Richard and I watched others videos about Jesus Christ’s visit to the Nephites. In one of them, the Savior of the world, the Redeemer of humankind, the King of Kings and Lord of Lords administers the sacrament. The modified words filled my heart and changed the way I will always remember Him.

Jesus stood and gave to the disciples and the disciples to the people. “And when the multitude had eaten and were filled, he said unto the disciples: Behold there shall one be ordained among you and to him will I give power that he shall break bread and bless it and give it unto the people of my church, unto all those who shall believe and be baptized in my name. And this shall ye always observe to do, even as I have done, even as I have broken bread and blessed it and given it unto you. And this shall ye do in remembrance of my body, which I have shown unto you. And it shall be a testimony unto the Father that ye do always remember me. And if ye do always remember me ye shall have my Spirit to be with you” (3 Nephi 18:5-7).

The “one” who has been ordained among us with the power and priesthood keys to authorize the sacrament is the prophet and by the laying on of hands, many hundreds of thousands have been ordained to perform the ordinance, standing at the sacrament table as the Savior did. How thankful we are for priests of the Aaronic Priesthood who with spiritual sensitivity say the sacrament prayers.

On Saturday, December 13, 2008, Richard and I drove to the assisted living center where his mother lived. Donna looked like she had already gone to her reward. I took her hand. She opened her eyes and asked for a drink. She didn’t have enough strength to pull the water up through a straw, so I spoon fed some water to her. We had a nice visit until she said she needed to rest. We told her we would be back tomorrow. At seven-thirty the next morning, Sunday, the nurse called with the news that Donna had passed away.

Richard and I dressed for the Sabbath and drove to see her. After the morticians performed their duties and took Donna away, Richard and I sat down in her little living room feeling vacant. I had expected to feel her spirit or the Holy Ghost or something, but there was nothing, just emptiness. We continued sitting, thinking, waiting for something. Then we were aware of someone standing in the doorway. It was the Relief Society president of the care facility. Timidly, she asked, “We are taking the sacrament to those who would like it. Would you like the sacrament?” “Yes, thank you,” Richard responded.

Two young men in white shirts and ties followed her into the room and set the trays on the counter next to Richard. One of them knelt in front of us and said the prayer on the bread. Each word and phrase taught its own sermon— “willing… take upon them… name of thy Son… always remember him….” He handed the tray of bread to the other young man who offered it to me and then to Richard. Then, as the second young man knelt and began to speak, the familiar words of the prayer on the water entered my heart— “that they may have his Spirit to be with them….” The room that had been devoid of spirit suddenly filled to overflowing with assurance, warmth, comfort, peace, and sacred thoughts.

I am thankful this Thanksgiving for our Eternal Father, our Savior, our prophet, and the priesthood authority to be blessed by the sacrament.