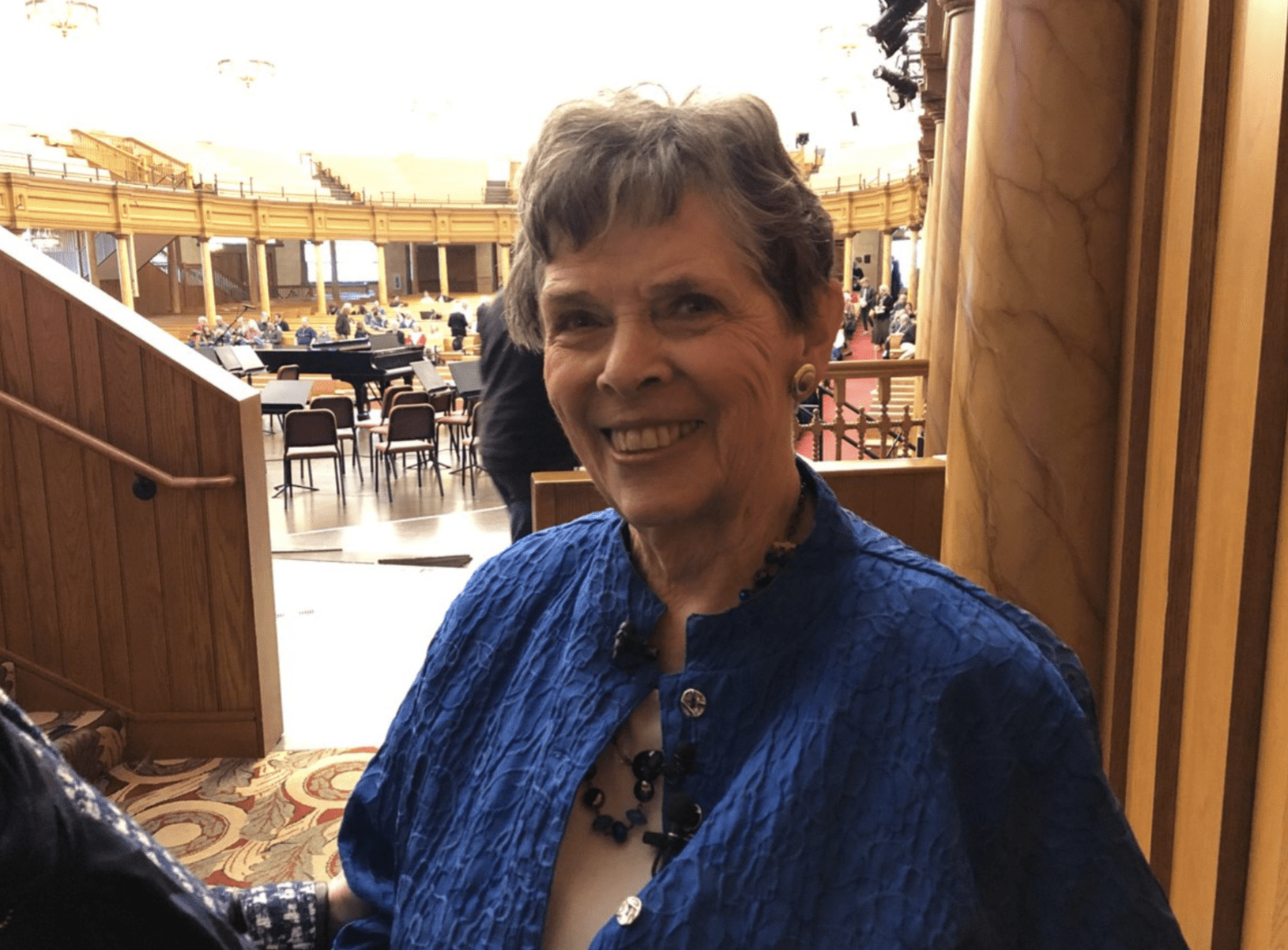 The following is excerpted from KUTV. To read the full article, CLICK HERE.

Bonnie Goodliffe, Temple Square organist, retired 40 years to the day that she played her first recital at the Tabernacle on Temple Square.

She is considered a trailblazer — she was the first female organist to play during one of The Church of Jesus Christ of Latter-day Saints broadcasts.

Goodliffe thought she might feel a tinge of sadness as her retirement day approached, but as people, including family members and fans, filled the tabernacle for her last official noon recital, she was overcome with gratitude.

“I feel like I’ve had a terrific run. I don’t feel any sadness about that,” she said.

Goodliffe, 76, now a mother of seven and a grandmother to 20 grandkids, isn’t ready to give up performing completely. She’s already signed up to play several recitals during the Christmas season.

She said it’s hard to step away from an instrument she loves and from a position that propelled her into places she never imagined.