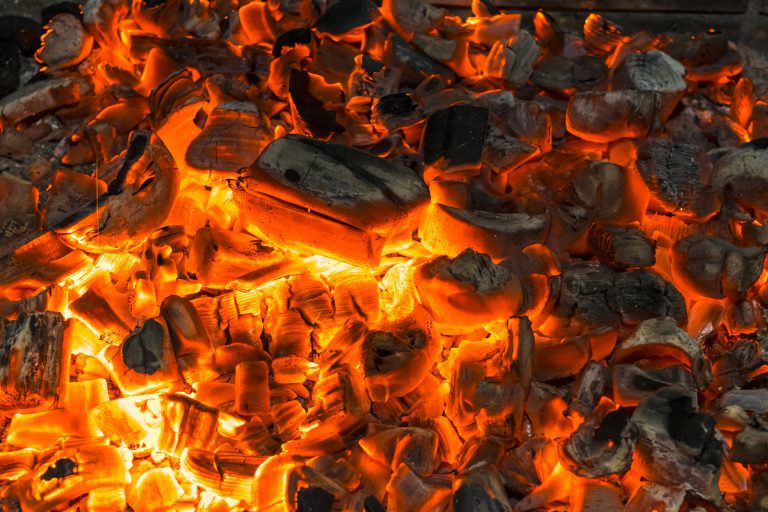 A friend of mine, Richard, saw me and laughed. “Is this the new you?”

I tried to act innocent. “What do you mean?”

He laughed again. “Your eyebrows are missing, as is most of your hair. And you’re redder than a lobster.”

I sighed as I thought about how I came to be in my current state. I always looked for chances to teach my children about community service, so when it was announced that there was a need for a volunteer to help maintain the church furnace, I was quick to sign up.

Our old church had a coal furnace. A person had to make sure that the coal was raked down to cover the auger that fed the fire and also had to clean out all of the old clinkers.

A few days before it was my turn to take over, I met Gary at the church. He was the man who was currently doing it, and I wanted to go through the routine so I could make sure I knew where all of the switches were and learn any other details. It had been a long time since I had removed clinkers from a furnace.

Clinkers are the debris that is left after coal is burned. They look like strangely shaped rocks. If a fire has been burning, they will still be extremely hot. A person reaches into the furnace with a long metal rod that has a handle on one end and two pincers on the other. When the pincer end is over a clinker, he will twist the handle end, and the pincers will close, grasping the clinker. Then he can pull the hot clinker out of the furnace and drop it into a metal bucket. When I was a boy, we had a coal-fired furnace, so I had done this many times.

After I had done this by myself for a few days, I decided it was time to teach my six-year-old son. I hoped he would learn community service by following my example.

He was fascinated as we went down into the old furnace room. Everything was new and exciting to him. I told him our first job was to rake coal to the auger. I turned to grab a rake, and when I turned back, he was nowhere to be seen. I called his name, and he answered, calling back to me from the coal bin. We weren’t actually supposed to climb into the coal bin. We just reached over the short wall and pulled the coal down. By the time I got him out, both he and I were black from one end to the other with coal dust, and I knew my wife wouldn’t be happy.

Next came the clinkers. I shut off the switch to the coal auger and pulled the handle down to shut off the blowers. My son intently watched the whole process. I then opened the furnace door and reached in to grab a clinker. As I did, I explained what I was doing.

“Once I reach this into the furnace,” I said, “I turn the handle to grab a clinker,”

When I said “turn the handle,” my son thought I was telling him to do something. But the only handle he could see was the one that turned on the blower fans. So wanting to be helpful, he turned them on. When the air from the fans hit the inside of the furnace, a ball of fire shot toward me. Before I could extract myself, the fire, exacerbated by the coal dust all over me, took my eyebrows and most of my hair.

As my thoughts returned and Richard grinned, waiting for my reply, I managed a weak smile and simply said, “It’s the look that comes from teaching a child about service.”

I am use that this story took place WAY before OSHA was around! The point of the story is to show and DO service. It might not always go the way you planed but it will go the way the Lord wants it to.

There are perhaps better ways to teach a 6 year old about service. ,As an example, while on a 3 month treatment for a non healing wound, I was required to sit with my foot elevated above my heart. Kind of difficult driving to church or sitting in a pew. My home teacher appeared at my door more than once with his s year old son. This young lad saw his father offering his help when sorely needed. By the second visit the child was helping me as well as his dad. The intention of this brother in your item was good, BUT, there are reasons thaat OSHA requires a person to be 18 before working in such an environment,