“Swallowing Up” Death in Isaiah, 1 Corinthians, and the Book of Mormon | Meridian Magazine 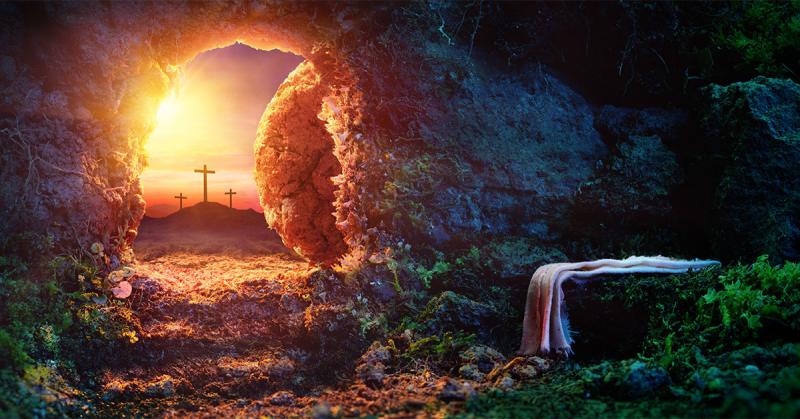 “Swallowing Up” Death in Isaiah, 1 Corinthians, and the Book of Mormon

Paul, in his first letter to the Corinthians, includes a theologically powerful defense of the bodily resurrection (1 Corinthians 15). Towards the end, he eloquently drew upon Isaiah 25:8 and Hosea 13:14 to express Christ’s triumph over death:

Then shall be brought to pass the saying that is written, Death is swallowed up in victory. O death, where is thy sting? O grave, where is thy victory? … But thanks be to God, which giveth us the victory through our Lord Jesus Christ. (1 Corinthians 15:54–57)1

These words have inspired hope for the resurrection in the hearts of Christians down through the ages. But Paul was not the only one who drew upon Isaiah 25:8 when talking about Christ’s victory over death. In the Book of Mormon, Abinadi, Aaron, and Mormon all drew upon Isaiah’s imagery of death being “swallowed up” in “victory.” Yet instead of simply quoting Isaiah verbatim, each author made alterations to Isaiah’s phrase that creatively played off the nuances of the Hebrew word for “victory” (netzach).2

Abinadi: Swallowed Up in Christ

Abinadi drew on Isaiah’s imagery when he stood before King Noah and his priests and taught them about the Atonement and Resurrection (Mosiah 13–16). After noting that “there could have been no resurrection” if Christ did not rise from the dead, Abinadi affirmed: “But there is a resurrection, therefore the grave hath no victory, and the sting of death is swallowed up in Christ” (Mosiah 16:7–8).3

Notice that where Isaiah said death is swallowed up in victory (Hebrew, netzach), Abinadi said it is swallowed up in Christ. Of course, as Paul noted, the victory over death is “through our Lord Jesus Christ” (1 Corinthians 15:57), making Christ the “Victor.” Interestingly, 1 Samuel 15:29 refers to the Lord as the netzach of Israel, translated as “Strength of Israel” in the KJV, but understood as “Triumpher” or “Overcomer” of Israel in some other translations (such as the Douay-Rheims, the Jubilees Bible, and the Wycliffe Bible).

As pointed out by biblical scholar David Larsen, Abinadi evidently understood that Christ the Lord was the netzach, “Victor,” who would swallow up death, and thus played off that meaning of the Hebrew term when answering the challenge of Noah’s priests.4

Aaron: Swallowed Up in the Hopes of Glory

Isaiah’s imagery of death being “swallowed up” next appears in Aaron’s speech to the king of the Lamanites (Alma 22). Aaron taught the king that “since man had fallen he could not merit anything,” except through “the sufferings and death of Christ,” by way of faith and repentance. This was because Christ “breaketh the bands of death, that the grave shall have no victory, and that the sting of death should be swallowed up in the hopes of glory” (Alma 22:14).

Based on the similar language, it appears Aaron’s use of Isaiah was inspired by Abinadi.5 But instead of death being swallowed up “in victory” or “in Christ,” Aaron says it’s swallowed up “in the hopes of glory.” It is therefore fascinating that netzach can also mean “splendor, glory.”6 In addition to the translations of 1 Samuel 15:29 already mentioned, in that passage netzach frequently gets translated as “Glory of Israel” (see, e.g., NRSV, ESV, NIV), and at least one translation even renders it “Hope of Israel.” The term netzach, translated as “strength” in KJV, but more commonly as “glory” in modern translations (e.g., NRSV, LEB), appears closely with “hope” (tohal) in Lamentations 3:18.

Thus, as Larsen again points out, Aaron’s expression fits within the range of meanings documented for netzach. Aaron’s statements also appropriately fit the context of his speech in the court of a king, no doubt arrayed with some kind of worldly glory, but who nonetheless humbly expressed a hopeful desire to know the things of God (Alma 22:16–18).7

The Ammonites: Swallowed Up in Victory by Christ

The king of the Lamanites was converted by Aaron’s teachings, and as a result Ammon, Aaron, and their brethren had great success for the reminder of their mission among the Lamanites (see Alma 22–23). These Lamanite converts became the Anti-Nephi-Lehies, also called Ammonites. Their faith in Christ was so strong, they made a covenant never to take up weapons of war again and willingly allowed themselves to be killed rather than break that covenant (see Alma 24–25).

The ability of the Ammonites to face death without fear was linked directly to the belief that “death was swallowed up … by the victory of Christ” (Alma 27:28).8 Here, Mormon, perhaps drawing on language from Alma’s record,9 brings the expressions of Isaiah and Abinadi together by adding that it was the victory (netzach) of Christ, rather than replacing netzachwith Christ. This fuller articulation may have emerged among the Nephites as an effort to harmonize both Isaiah and Abinadi’s teachings and clarify how death is swallowed up both in victory and in Christ.

In his final testimony to the latter-day Lamanites, Mormon reaffirmed that “Jesus Christ … hath gained the victory over the grave; and also in him is the sting of death swallowed up” (Mormon 7:5). This confirms, once again, that Christ is indeed the Victor, just as taught by Paul and Abinadi, and believed by the Ammonites.

These reverberations of Isaiah’s teachings in Paul’s writings and in the Book of Mormon come together to provide an enhanced understanding of how death is “swallowed up.” Through these references, it is made crystal clear that only by faith on Christ’s name can death be “swallowed up” and the grave be conquered. Because of Him, we can say with Paul, “O death, where is thy sting? O grave, where is thy victory?”

It is swallowed up by our Victor, our Hope, our Glory—Jesus Christ, through whom we gain victory over death and attain a hope of endless glory in the eternal worlds to come.10

3.Nicholas J. Frederick, “If Christ Had Not Come Into the World,” in Abinadi: He Came Among them in Disguise, ed. Shon D. Hopkin (Salt Lake City and Provo, UT: Deseret Book and BYU Religious Studies Center, 2018), 118–123 discusses similarities between this portion of Abinadi’s words and Paul’s teachings in 1 Corinthians 15. The English translation of Abinadi’s words may be influenced by the KJV of 1 Corinthians 15, perhaps due to Abinadi and Paul both being influenced by similar texts. For example, the use of grave and sting in close association with victory, death, and swallowed up suggests that Abinadi, like Paul, may have drawn upon Hosea 13:14 and Isaiah 25:8 together. “Grave” in the KJV of Hosea 13:14 is the Hebrew word sheol, more commonly translated “hell,” naturally rendered hades in the LXX version of Hosea that Paul drew upon. The Hebrew word translated as “destruction” (qoteb) in the KJV is rendered as kentron, “sting” or “prick,” in the LXX. Thus, while the English translation may be filtered through the KJV New Testament vocabulary, Abinadi’s pairing of “grave” (sheol) and “sting” (qoteb) could have been inspired by Hosea 13:14. Given that both Hosea 13:14 and Isaiah 25:8 are both about the Lord’s power over death, it is not far-fetched to think that both Paul and Abinadi could have independently associated the two texts.

5.In addition to the “swallowed up” language from Isaiah and Aaron’s use of the “grave” having “no victory,” the phrase “bands of death” used here by Aaron was first used by Abinadi (see Mosiah 15:8; 16:7). See Book of Mormon Central, “Why Does Abinadi Use the Phrase ‘the Bands of Death’? (Mosiah 15:8),” KnoWhy 93 (May 5, 2016). On Abinadi’s influence of later Book of Mormon prophets, see John L. Hilton III, “Abinadi’s Legacy: Tracing His Influence through the Book of Mormon,” in Abinadi, 93–116. Because Mormon appears to be summarizing Aaron’s teachings in Alma 22:14, Hilton assumes it reflects Abinadi’s influence on Mormon rather than Aaron (see pp. 101–103).

8.Although not related to death being “swallowed up,” this chapter also mentions Ammon being “swallowed up in the joy of his God” (Alma 27:17) and during the Zoramite mission, Alma and his missionary companions had their afflictions “swallowed up in the joy of Christ” (Alma 31:38). One could conceivably see how the range of meaning in netzach, e.g., victory, glory, splendor, etc., could be expanded to mean joy in Nephite parlance. See Larsen, “Death Being Swallowed Up,” 133n.17.

10.Note that eternal and endless are also part of the range of meaning expressed in netzach. Larsen, “Death Being Swallowed Up,” 127.