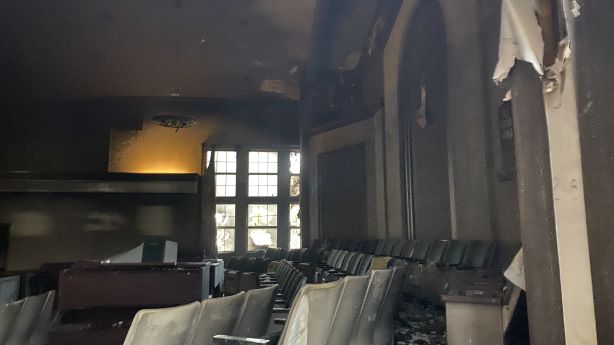 The following is excerpted from KSL. To read the full report, CLICK HERE.

Three suspicious fires were started at or near meetinghouses of The Church of Jesus Christ of Latter-day Saints throughout St. George early Tuesday, one causing significant damage.

One man was taken into custody in connection with the fires following a chase with police that went from St. George into Zion National Park, according to the St. George Police Department.

About 4 a.m., emergency dispatchers received reports of smoke coming from a meetinghouse on 3000 East in the 1200 South block, said St. George Fire Chief Robert Stoker. Firefighters from several agencies were called to help fight that fire.

The church “was not equipped with a fire suppression system” and sustained heavy fire damage, according to police.

Shortly after that fire, crews were called on the report of a brush fire or tree fire at a meetinghouse on south River Road and Rustic Drive. Several areas of landscaping were on fire at that location, according to the fire department.

At that point, police began checking other churches in the area. An officer spotted a minivan parked at a stake center at 1762 S. River Road, and then noticed smoke coming from the building. That building did have a fire suppression system that put out the fire, but the building sustained heavy water damage, Stoker said.

Shortly after noticing the smoke, the officer reported seeing a man run out of the church, get into the minivan and speed away.