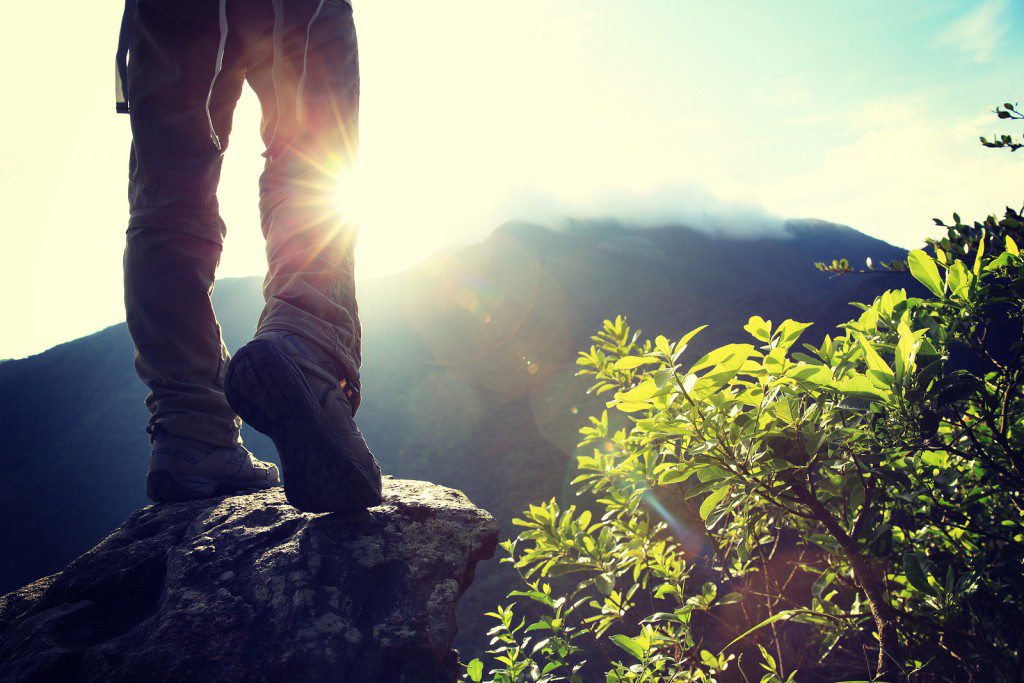 Sure Footing in Unsteady Times

It used to be you could count on gravity. It was an immutable force, something that would never change, just like the planets. Oops, then there’s that. And suddenly science, which once seemed indisputable, is telling us about string theory, thermodynamics, and astrophysics. Suddenly “the great they” are questioning what we thought were rock solid facts.

Add to this toppling of what we thought was unassailable, we have the tidal wave of redefined—or at least relative—morality, courts creating new laws as if judges are suddenly legislators, and now a political election in the U.S. that defies all that we ever knew. Or, at least, thought we knew. It’s as if cars are figuratively careening off the highway and crashing, the road beneath them crumbling inexplicably.

No wonder so many are sputtering in confusion, parents are wondering how on earth to approach their task, folks don’t know whether eggs are good for you or bad for you, and people are scared out of their wits to speak up, for fear of offending someone.  It’s an uncertain world, to say the least.

We look for a mooring in the storm, or for a twig to grab as we slide down the slope. We need something solid that won’t change or fade. But is there anything like that left? Is there a solid truth that won’t become something else in six months?

Aha. Cue the heavenly choir. There is something that we can count on, no matter how crazy the world gets, no matter how many other “facts” become fiction. It’s a forever thing. It’s a witness from the Holy Ghost.

President Joseph Fielding Smith said, “Through the Holy Ghost the truth is woven into the very fibre and sinews of the body so that it cannot be forgotten” (Doctrines of Salvation, comp. Bruce R. McConkie, 3 vols. [1954–56],1:48). More than anything we can observe with mortal eyes—including the visitation of angels, such as the ones Laman and Lemuel saw—a witness from the Holy Ghost becomes part of our souls, our very DNA. I personally think this is why many members who struggle to stay active, nevertheless will not remove their names from the records; in their hearts, they know truth. And while they may not be able to live it right now, they still know.

In Bruce R. McConkie’s famous final testimony in 1985, he said, “I am one of His witnesses, and in a coming day I shall feel the nail marks in His hands and in His feet and shall wet His feet with my tears. But I shall not know any better then than I know now that He is God’s Almighty Son; that He is our Savior and Redeemer; and that salvation comes in and through His atoning blood and in no other way.” This is because of the power and strength of a witness from the Holy Ghost. It’s why Christ left the Holy Ghost with the apostles, after he died. And why Adam and Eve needed the Holy Ghost even though they communed in the Garden of Eden with God himself.

Look at the three witnesses to the Book of Mormon. Oliver Cowdery, David Whitmer, and Martin Harris all saw the angel, handled the gold plates, and heard the voice of the Lord declaring its truth. Each one of them later fell into apostasy, yet even during their departure from the flock, the witness of the Holy Ghost was so strong that not one of them ever denied what he had experienced. And their testimonies are still right there, printed in the Book of Mormon.

Joseph Fielding Smith said, “When a man has the manifestation from the Holy Ghost, it leaves an indelible impression on his soul, one that is not easily erased. It is Spirit speaking to spirit, and it comes with convincing force. A manifestation of an angel, or even of the Son of God himself, would impress the eye and mind, and eventually become dimmed, but the impressions of the Holy Ghost sink deeper into the soul and are more difficult to erase” (Answers to Gospel Questions, comp. Joseph Fielding Smith Jr., 5 vols. [1957–66],2:151).

Without question, this is why Moroni 10:4 works. “And when ye shall receive these things, I would exhort you that ye would ask God, the Eternal Father, in the name of Christ, if these things are not true; and if ye shall ask with a sincere heart, with real intent, having faith in Christ, he will manifest the truth of it unto you, by the power of the Holy Ghost.” My own italics. And he doesn’t just testify to us that the Book of Mormon is a true record. In the very next verse, we are told, “And by the power of the Holy Ghost ye may know the truth of all things.” (Moroni 10:5) Again, my own italics.

Yes, we may feel surrounded by toppling truths, falling mountains, sliding standards—crushing walls of instability on all sides. But the still, small voice is more powerful than all of them, and can guide us through the storm. It’s a forever thing.

Thank you, Joni. I was enthralled with this article, and would have cried out with the apostle Paul: :"the Spirit itself beareth witness with our spirit, that we are the children of God: and if children, then heirs...." (But there were others in the house, but I said it quietly to myself!) Romans 8:16: Isaiah warns us, and I believe he is warning us in our time: "Woe unto them that call evil good, and good evil: that put darkness for light, and light for darkness; that put bitter for sweet, and put bitter for sweet, and sweet for bitter:" Isaiah 5:20 "But as for me and my house, we WILL serve the Lord!!! proclaimed Joshua" - do I!