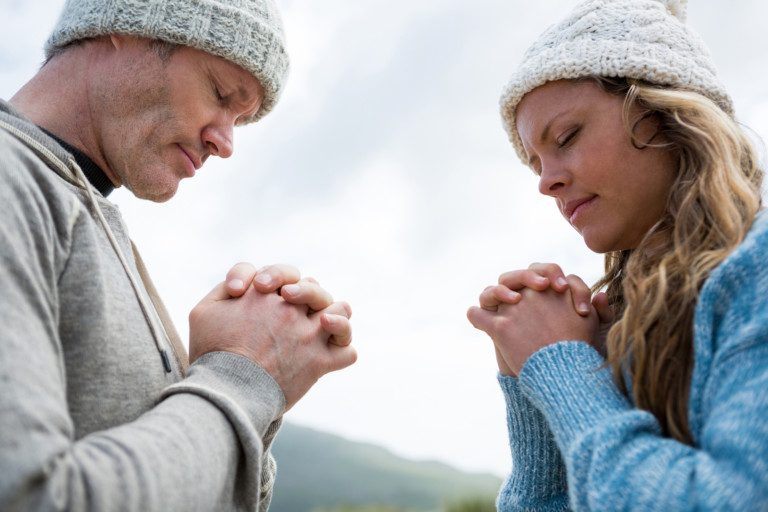 Editor’s Note: Prophets have been admonishing couples to pray together and pray for one another for years. Now, a scientific study featured in the Washington Post explores a little of why such a practice can make all the difference in your marriage. The following is excerpted from the article in the Washington Post.

Does prayer affect our intimate relationships? Frank Fincham at Florida State University’s Family Institute, along with several collaborators, has conducted a series of empirical studies of how prayer can impact romantic couples. Fincham wanted to learn whether petitionary prayer—a prayer where you request something—for someone’s partner has any objectively measurable effects on couples. After numerous studies that spanned two decades and published in top journals like “Psychological Science,” the answer appears to be yes.

Praying daily for one’s partner has been linked to numerous positive outcomes: increased relationship satisfaction, greater trust, cooperation, forgiveness and marital commitment. Many of these benefits apply both to the prayer as well as the one being prayed for.

But to experience these benefits, not just any kind of prayer will do—it has to be praying specifically for one’s partner. Of course, prayer can take many forms: ritual, petitionary, colloquial and meditative, among others. The form studied by the researchers was petitionary, making specific requests during prayer. The focus of these prayers was for one’s partner, specifically for divine love, well-being and blessings. (Disclosure: The John Templeton Foundation, where I work, has funded some of Fincham’s studies.)

The positive effect of prayer was measured both in undergraduate, mostly white students in exclusive relationships, as well as African American couples who have been married for many years. To be confident that their findings would be accurate, researchers carefully designed experiments by randomly assigning their participants to treatment and control groups. Differences between the two groups could thereby be attributed to the effects of partner-focused prayer rather than to other factors. The control groups engaged in other activities that could theoretically improve relationships, such as self-focused prayer, self-help books, marriage enrichment programs and positive social interactions with one’s partner. Compared to these control groups, those who prayed for their partners consistently saw the greatest positive impact on their relationship.