Streaming Saint: "The Chosen", "Lord of the Rings", "Aeronauts", and More Good Things to Watch This Week | Meridian Magazine 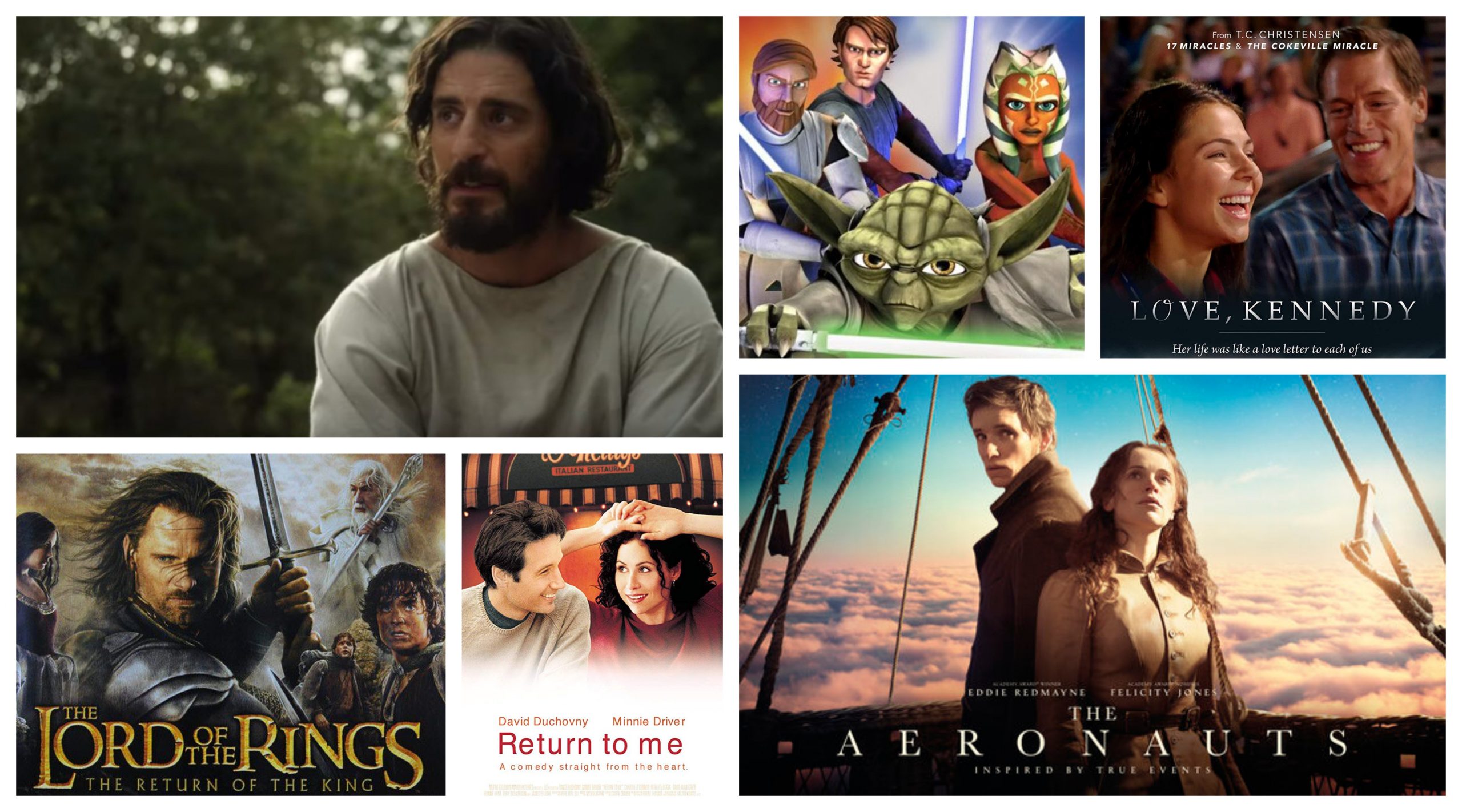 Streaming Saint: “The Chosen”, “Lord of the Rings”, “Aeronauts”, and More Good Things to Watch This Week

“Use that most remarkable of tools, television, to enrich their [your children’s] lives. There is so much that is good, but it requires selectivity.” (President Gordon B. Hinckley, “In Opposition to Evil,” September 2004 Liahona)

There’s great, uplifting stuff to watch if you know where to look for it! I’m here to help you in the hunt. For more curated picks and cinematic inspiration, follow me on Facebook.

The Chosen, the groundbreaking television series about Jesus Christ produced by VidAngel Studios, is streaming the first six episodes on Living Scriptures, AKA “Netflix for Latter-day Saints,” with the final two episodes on their way. You’ve never seen anything like it; this is a binge-worthy TV series, with compelling writing, engrossing acting, and excellent production values that brings the New Testament to life with gripping, thoughtful realism. Highly, highly recommended.

If you’ve just finished watching the Star Wars films leading up to Rise of Skywalker and enjoyed The Mandalorian (the trending TV series by Iron Man director John Favreau), your absolute next watch is Clone Wars. This fan-favorite animated series by Mandalorian co-creator Dave Filoni takes place between the films Attack of the Clones and Revenge of the Sith. It’s the universe of the prequels inhabited by the spirit of the original trilogy, with intelligent writing and strong characterizations.

You have to get through the first few episodes (and the mediocre animated movie that started it all) before it finds its footing as some of the best Star Wars ever created. Originally aired out of order, I recommend this episode guide to watch the episodes in chronological order. Will enrich the films for you. Smart and not just for kids, appropriate for families to enjoy together.

For all you Lord of the Rings fans out there (Tolkienites? Hobbit-heads?), Netflix just added The Two Towers and Return of the King. Sadly, Fellowship of the Ring is nowhere to be found but you can rent it easily here or go all in for the extended versions.

Halloween may have passed, but Tim Burton’s animated classic The Corpse Bride is always worth a watch for stop-motion lovers, plus it’s leaving Hulu at the end of the month, so get on it!

The Aeronauts is a thrilling, inspiring Amazon Original movie, starring Felicity Jones (Rogue One) and Eddie Redmayne (Fantastic Beasts) as a pair of hot weather balloon explorers looking to save lives by learning to predict the weather in Victorian England. Based on a true story, it’s a very light PG-13 for intensity, but there’s no language or sex.

Return to Me is one of the all-time great PG-rated romantic comedies to come out of the 90’s, right up there with While You Were Sleeping and Sleepless in Seattle. Some mild language and innuendo, but this overall a wholesome romance, with David Duchovny falling for the woman (Minnie Driver) who received the heart of his deceased wife as an organ donation. The plot is far-fetched, but the characters are charming, it’s very funny, and deeply moving.

T.C. Christensen found box-office success with 17 Miracles, The Cokeville Miracle, and The Fighting Preacher, but his underrated gem Love, Kennedy didn’t find the audience it deserved. Now’s your chance to experience this powerful true story of a teenage girl suffering from terminal illness and her family who finds hope in the restored Gospel of Jesus Christ. A must-see.

Annie, the original musical about the red-headed orphan who finds a family with billionaire Daddy Warbucks (and helps him be a better man), is worth renting or buying here.

Speaking of Lord of the Rings, way back in 2005 I took home the top prize at the BYU Talent Show for imitating all of the characters. Enjoy!

Keep in mind that if you’re watching the Aeronauts and think it’s awesome because it’s based on a true story, the woman’s character never existed. The other man in the show who had experience flying in a balloon to do weather monitoring was the one who actually went up with him. The woman was added in to make it more “woke.” It’s still entertaining and fun, just not as “true” as they want you to believe.

I will be avoiding Aeronauts due to the pinkwashed revision of history. I cannot give my attention or money to studuos that rewrite history to suit a modern agenda. Probably a nice story etc, but when advertised as true story, it is fictitious.