Streaming Saint: "Return of the King", "Abominable", "Sabrina", and More to Watch this Week | Meridian Magazine 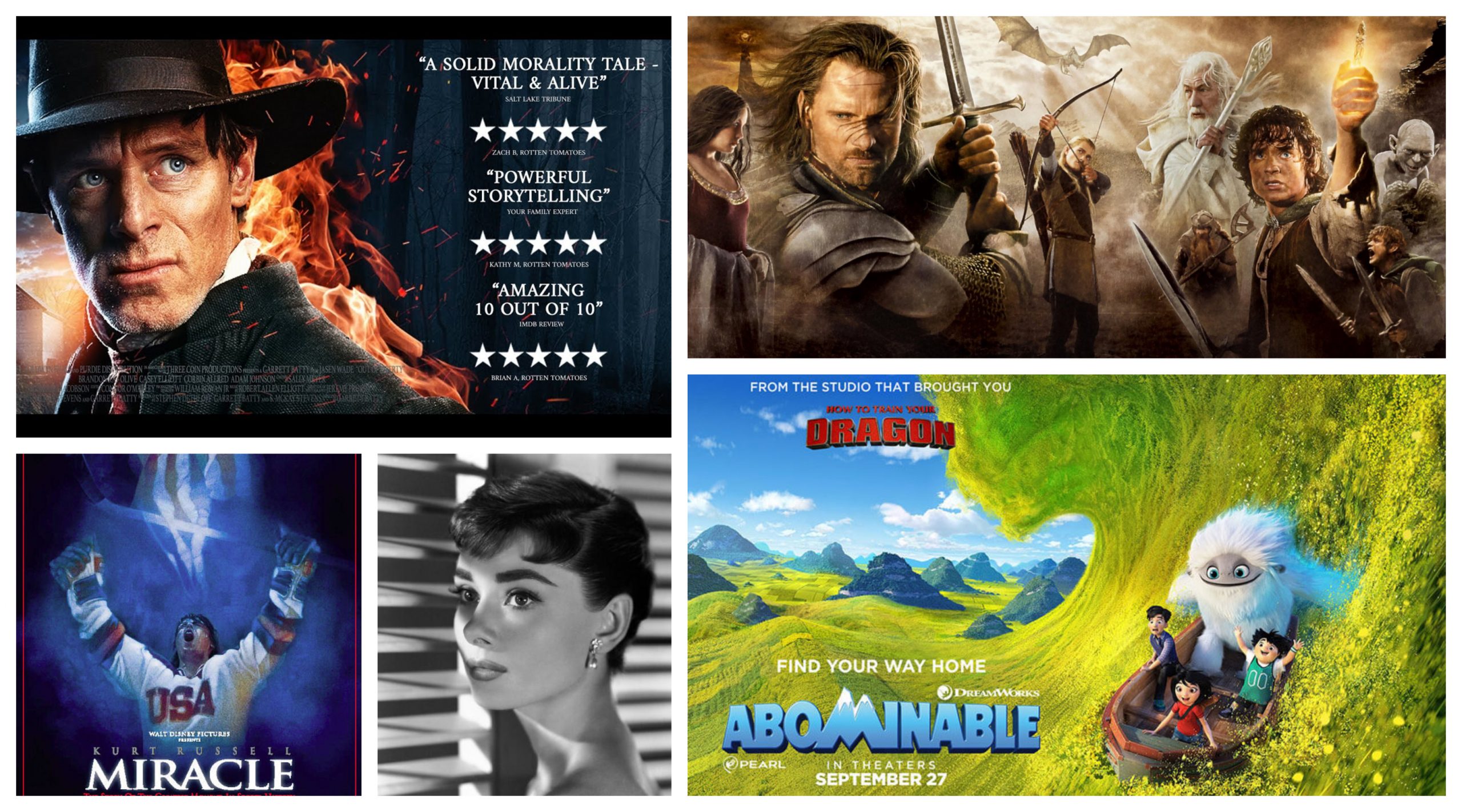 Streaming Saint: “Return of the King”, “Abominable”, “Sabrina”, and More to Watch this Week

Return of the King. This week’s episode of Cinema Therapy explores how Samwise Gamgee in The Lord of the Rings exemplifies perseverance and forgiveness, and how these traits can sustain us during quarantine. Watch our episode above and rent/buy the film here.

Out of Liberty. from director Garret Batty (The Saratov Approach, Freetown) tells the story of Joseph Smith’s incarceration in Liberty Jail from the eyes of the jailer (Jasen Wade, 17 Miracles). With the tone of a gritty Western, this is an inspiring, well-directed, well-acted watch. Stream it on Living Scriptures or rent/buy it here.

Disney Family Sing-Along, finds Donny Osmond, Beyonce, Josh Groban, and others singing hit Disney songs from their homes during COVID-19, with lyrics so your family can sing along. Super fun. Stream it on Disney Plus.

Miracle. In 1980, at the height of the Cold War, The United States hockey team upset the undefeated Soviet Union in the Winter Olympics. Kurt Russell plays the coach in this patriotic, feel-good true story produced by Disney. Stream it on Netflix or rent/buy it here.

Abominable. Dreamworks Animation’s tale of a Chinese girl who befriends a mythical yeti. Stunning artistry, great humor, and lovable characters make this 2019 film a must for family movie night. Stream it on Hulu or rent/buy it here.

Just Let Go tells the incredible true story of a Latter-day Saint whose faith helps him to forgive them drunk driver who killed his family. Cathartic and redemptive. With Lost’s Henry Ian Cusick. Watch it on Youtube.

Sabrina is yet another fantastic Audrey Hepburn romance, in which two wealthy brothers compete for a young woman’s affections. She’s wonderful here, as is Humphrey Bogart (Casablanca).Stream it on Crackle or rent/buy it here.

Yours, Mine, and Ours. Dennis Quaid and Rene Russo star as a Navy Captain and a free spirit, respectively, who have major trouble blending their large families when they marry. PG-rated romance and fun. Stream it on TubiTV or rent/buy it here.

Sequel to Journey to the Center of the Earth trades Brendan Fraser for Dwayne Johnson, but otherwise keeps the special-effects-driven family fantasy running as before. Good clean adventure fun. Stream it free on Vudu or rent/buy it here.

DragonHeart. Sean Connery voices the world’s last dragon while Dennis Quaid plays the dragon hunter with whom he forms an unlikely bond, as the two unite to overthrow a vicious king.Rent or buy it here.

DinoHand Triumphant. Family-friendly martial arts comedy, filmed at and around BYU, finds a dinosaur-shaped hand finding love and teaming up with a former enemy in this student film I made in 2003. Kids seem to love this one.