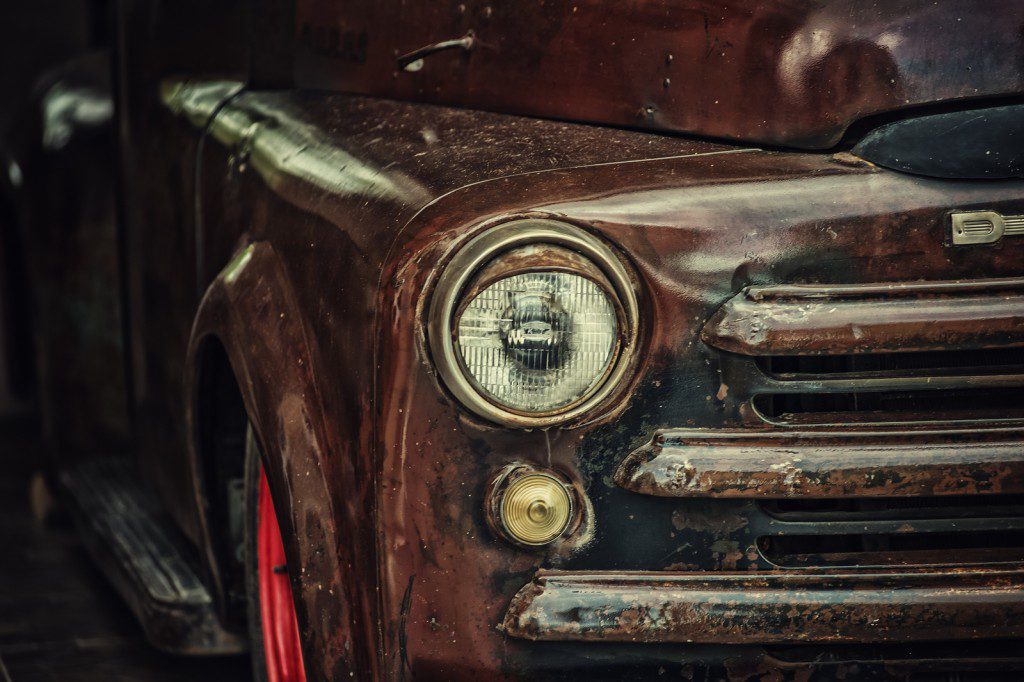 Though most of us were speeding that day and probably deserved a ticket, it was only Rod that got one. But there was a good reason for that.

It had been a wet fall. The rains had turned much of the ground to mush, but no place was worse than at the huge dairy near where we lived. The wet, sloppy muck was more than three feet deep in most of the corrals.

Justin’s dad had received a contract for hauling and spreading it on the fields a few miles away. Justin, a young high school student wanting to pay for a new car, took on the job, working for his dad. “Spreading Sunshine”, he called it.

Butch and Buster worked at that dairy, and were on their way there for the evening milking when Buster’s car, as usual, broke down. But this time it died right at the point of a sharp curve where it couldn’t be seen from either direction.

While Butch stayed in the car, Buster stepped out to see if he could figure out what was wrong, even though his mechanical aptitude was close to zero. He had barely raised the hood when he heard the ominous sound of the approaching manure truck.

Buster’s first impulse was to flee, but then he thought about his car, and decided he better run to the corner to flag Justin to a stop. However, he didn’t get the chance. Justin, paid by the load and not by the hour, was traveling far above the speed limit. He rounded the corner at full throttle, saw the car, and hit the brakes. The truck slid the full distance to the car, stopping only a few feet from Buster, who had his eyes closed, thinking he was about to die.

But even though the huge truck stopped, the load it carried didn’t. The wet manure surged forward like a giant tsunami, engulfing Buster, his car, and the road for about 30 yards, as well as filling the ditches on each side. Buster thought he was going to drown, but Justin jumped out, waded in, and rescued him.

No one ever traveled the speed limit on that road, and with it being just after work, the speeding cars started coming. Each saw the mess too late to stop, and plowed into it, some throwing a wave ten feet high. I was one of those.

Most traveled on, but a few stopped to see if help was needed. Someone must have called the sheriff’s office because, eventually, a couple of deputy sheriffs pulled up in a nice, new pickup. They parked at the edge of the manure, not wanting to get their new truck dirty.

Laughing, they stepped out. “Well, well, well, what a mess. We probably should issue a ticket here, but just who do we give it to?”

They laughed even more as Butch, who was still in Buster’s car, started hollering that he was suffocating under the manure covering. When we told him to just climb out, he yelled back from the hidden depths. “Are you crazy?!”

The deputies continued to laugh until, suddenly, Rod, in his big pickup, came hurtling around the corner. He saw the sheriff’s pickup and locked his brakes. The deputies threw themselves out of the road as Rod slid in their direction. He hit their truck on a back corner, and it spun into the manure and came to rest in the ditch.

The two deputies stared at their pickup as it sank into manure higher than the hood, and the manure began to flow inside through the two doors they had left open. And though it was really really hard not to, no one laughed, even when Rod flew out of his pickup and yelled, “All right! Who was the stupid idiot that left a pickup parked in the . . .”

And we still choked back our laughter even when we saw the look on his face when he stopped short, seeing the frown on the face of the two deputies, and then turned and saw the lights on top of their patrol truck.

And that, you see, is why Rod was the only one that got a ticket that day.

My laugh for the day. What a hoot

Are your stories from true incidents?