Seeking Truth: The Questions You Should Be Asking « Meridian Magazine 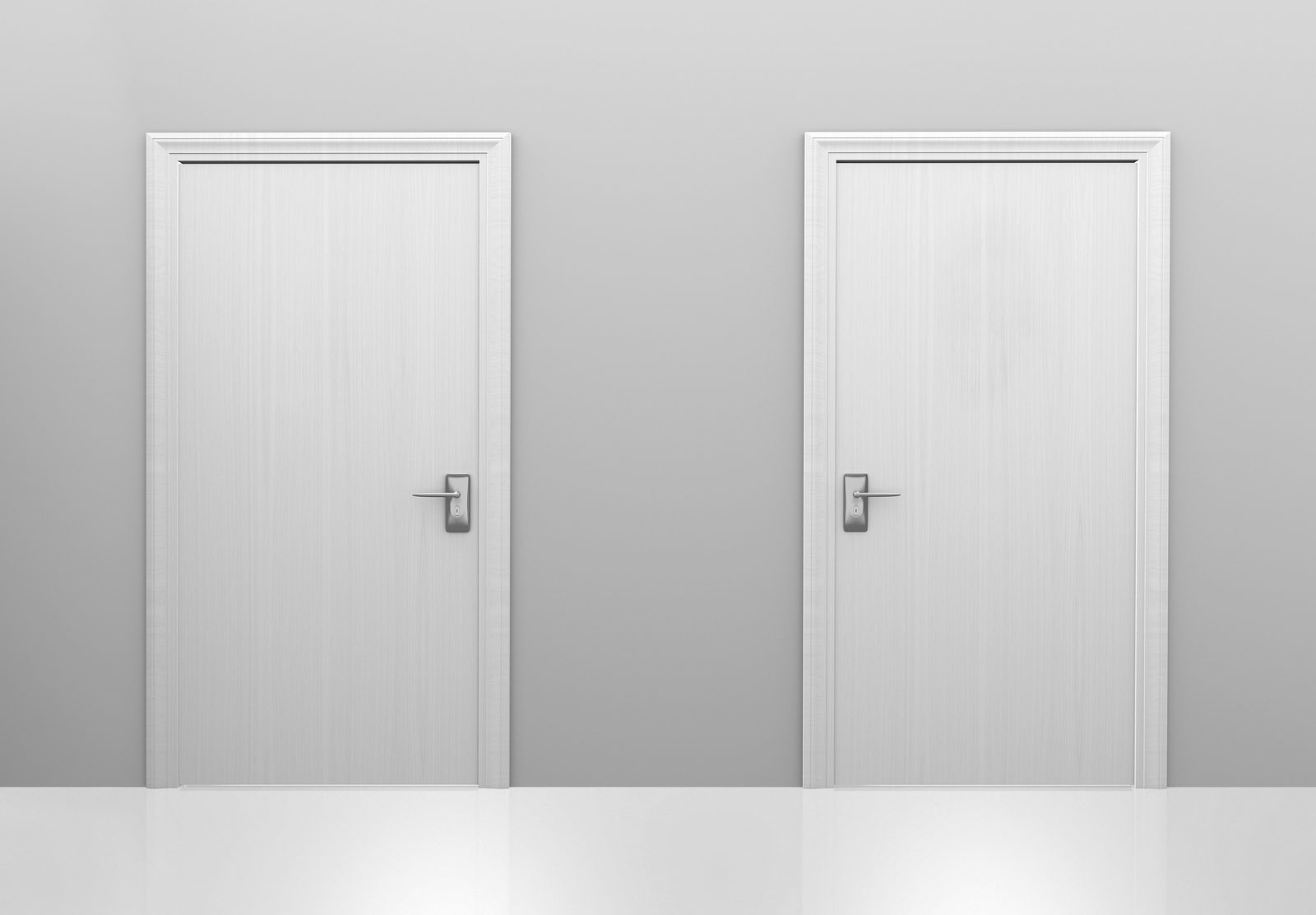 Seeking Truth: The Questions You Should Be Asking

On a recent road trip to my hometown in Georgia I noted with interest the great number of churches there compared to some other parts of the country. When you drive the smaller back roads instead of the interstate highway there seems to be a little country church about every mile or so. Likewise in the larger cities and towns there is a large church on almost every street corner. I was impressed with the apparent spirituality of these southern people – – my people.

Then I had another thought … how do these good people decide which church to attend?   And in which of these many churches do they choose to be baptized and to worship?

I’m reminded of the words of the great Christian thinker C.S. Lewis in his magnificent book Mere Christianity. He supposed that when a person accepts Christ in a general sense he or she becomes a “mere” Christian, that is, not a part of any one sect or denomination or “church”. At that point he likens them to someone who has entered a house and stands in a large hallway with many doors, each representing one of the “flavors” of Christianity. He writes:

And above all, you must be asking which door is the true one; not which one pleases you best by its paint and paneling. In plain language, the question should never be: “Do I like that kind of service?” but “Are these doctrines true: Is there holiness here? Does my conscience move me towards this? Is my reluctance to knock at this door due to my pride, or my mere taste, or my personal dislike of this particular door-keeper?”

Although I come from the heart of the “Bible Belt”, my parents joined The Church of Jesus Christ of Latter-day Saints as teenagers, so I was born in the LDS Church. I was taught in Primary as a child that:

We believe in the same organization that existed in the Primitive Church, namely, apostles, prophets, pastors, teachers, evangelists, and so forth.
—5th LDS Article of Faith

I was also taught that:
“God is not the author of confusion, but of peace, as in all churches of the saints”
—1 Cor 14:33

We should note that in the New Testament there was only one “church” that Jesus organized. The apostles who were chosen and ordained by Christ were the “foundation’ or “general officers” or “general authorities” who frequently visited and sent letters to the “branches” or congregations in different cities. This church was described as a place where all the members were “ fellow citizens with the saints, and of the household of God; And are built upon the foundation of the apostles and prophets, Jesus Christ himself being the chief corner stone; In whom all the building fitly framed together groweth unto an holy temple in the Lord”.:  (Ephesians 2:19-21)

This New Testament church of Jesus Christ had: “some, apostles; and some, prophets; and some, evangelists; and some, pastors and teachers; For the perfecting of the saints, for the work of the ministry, for the edifying of the body of Christ.”

The apostles gave guidance through continuing revelation in order that these church members might not be “children, tossed to and fro, and carried about with every wind of doctrine, by the sleight of men, and cunning craftiness, whereby they lie in wait to deceive.” (Ephesians 4:11-16)

But even with visits and epistles from the apostles to give these congregations direction, Paul marveled and lamented that the believers in Galatia were “so soon removed” from the teachings they had received from him. (Gal. 1:6) He prophesied that there would be a “falling away” (2 Thess. 2:1-3) of the New Testament church.

In 2001 the World Christian Encyclopedia reported that:

“There are about 34,000 different Christian groups in the world since AD 30.”
(And I imagine that in the last 16 years a few more have arisen.) And how do we know
-as C.S. Lewis asked- “Which door is the true one?”

I thought of some of the reasons that my Christian friends have given me for selecting the church they’ve chosen to attend, such as:

If their reasons for choosing their church are part of numbers 1-9 above, then I suggest that for them their church is more like a social club than a means of personal salvation. If they’re happy with that, I wish them well.   But perhaps they are like the Christians in Rome described by Paul as those who “have a zeal of God, but not according to knowledge.” He said that these Roman Christians were “going about to establish their own righteousness, have not submitted themselves unto the righteousness of God.”

Perhaps we need to revisit C.S. Lewis’s view of the questions that “mere Christians” should ask about the particular “door” that they have entered or that they are considering:

“Are these doctrines true: Is there holiness here? Does my conscience move me towards this?”

There’s nothing wrong with believers of Christ gathering together to read and discuss scriptures to sing and seek to gain more knowledge and spirituality. I’ve attended various churches and Bible study groups of different faiths and I’ve enjoyed the experience. Often I’ve been spiritually uplifted and edified. I honor and admire their devotion to Jesus.

But the Church of Jesus Christ as described in the New Testament offered more than teachings. It offered the opportunity to “go on unto perfection” through “the doctrine of baptisms, and of laying on of hands, and of resurrection of the dead, and of eternal judgment.” (Hebrews 6:1-2) The writer of Hebrews referred to this as “better things” … and “things that accompany salvation” (v. 9) or what Latter-day Saints refer to as the blessings of exaltation.

Just before the resurrected Jesus left the earth he gave his last instructions to the apostles whom he had ordained and given priesthood authority to carry on his work. In what is sometimes called the “Great Commission” he said:

Baptism is more than just an “outward expression of an inward faith” as some believe. It is a gospel ordinance that is essential for our salvation. According to Jesus himself, “Except a man be born of water and of the Spirit, he cannot enter into the kingdom of God”               (John 3:5)

Even after Paul told the jailer of Philippi “Believe on the Lord Jesus Christ, and thou shalt be saved, and thy house”, that very night the jailer was “baptized, he and all his, straightway”.   (Acts 16:33)

So if there is “one Lord, one faith, and one baptism”, which church has the authority from God to perform a baptism that God recognizes? Good intentions are not enough, as we learn from the well-intentioned teachers in Ephesus who baptized twelve people without authority. They had to be re-baptized by Christ’s ordained representatives (Acts 19:1-7).

In 1820 when Joseph Smith asked God “which church should I join?”, he was told that the “falling away” or corruption of the New Testament church prophesied by Paul (2 Thessalonians 2:3) had caused the loss of priesthood power from the earth. Later he was ordained by heavenly messengers so that authority to act for God was restored.

During the Reformation in the 1500’s some theologians originated a belief in a “priesthood of all believers” that imputed authority from God to men simply by means of their belief in Christ. Others believe that the Bible itself gives authority to man to act for God, but that’s no more true than to say that studying the US Code of law gives a man authority to be a police officer or an FBI agent. The Bible does not give its readers the authority to act for God. On the contrary, it says that:  “no man taketh this honour unto himself, but he that is called of God, as was Aaron.” (Hebrews 5:4)

(Aaron was ordained by Moses.)

So in choosing which of C.S. Lewis’s “doors” to enter, a person must not only ask

“Are these doctrines true: Is there holiness here? Does my conscience move me towards this? He or she must ask “Does this church have the power to baptize and offer the other ordinances of the “things that accompany salvation”, and where did they get that authority? Can it show that its leaders legitimately act for God?

Then the “mere Christian” must have the courage, faith and diligence to enter that door joyfully and “endure to the end”.

Portions of this article were excerpted from Robert Starling’s book Really Inside Mormonism: Confessions of a Mere Latter-day Christian, available in digital and print editions at Deseret Book and Amazon.com.

Well done. Unfortunately, many people who make a "profession of faith" give little thought to the questions of authority or the foundation of Church organization.

Very good thought process. Besides called of God as was Aaron there is Ye have not chosen me, but I have chosen you, and ordained you.(and members should remain).