Seeing Ourselves in a Tale of Two Prodigals | Meridian Magazine 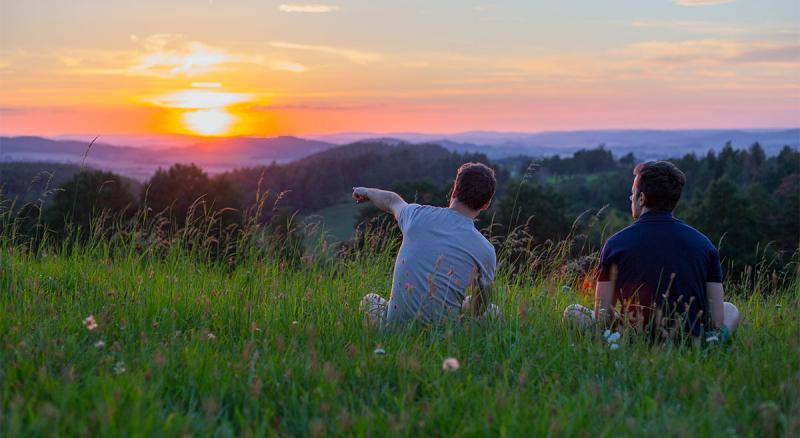 Seeing Ourselves in a Tale of Two Prodigals

Few of the parables of Jesus are better known than the story of the prodigal son. Readers often focus on the son who went away, but as some have pointed out, it is in fact a story about two sons and a father who loves them both and wants them to experience a fullness of his fellowship and happiness. As John and Jeannie Welch observe, at its core, “the prodigal son is about repentance and joy.”1 It also teaches us about what can keep us from both.

The younger of the two goes to his father, demands the portions of his inheritance that should fall to him. He leaves his family and home to journey into a far country. Once there, he wastes his resources in worldly living and is reduced to desperate circumstances through foolish choices and unexpected famine. Fallen from his once wealthy station, poverty and hunger leave him ready and willing to even eat the husks eaten by the swine he is hired to feed.

At this low point, we are told, “he came to himself” (Luke 15:17) and remembered his father’s home. Stripped of all pride, he decides to return home, confess his sins and beg to be a mere servant in his former home. “But when he was a great way off, his father saw him, and had compassion, and ran, and fell on his neck, and kissed him” (15:20). His father orders his servants to bring him the best robe, place a ring on his finger and kill the fatted calf to celebrate the return of his lost son.

When the second son, who had been working in the field learns of the return of his younger brother and the celebration on his behalf he became angry “and would not go in” to his father’s house to participate, but remained outside. When the father learns of this, “he came out” to plead with his son to enter in and participate in the joyful event (Luke 15:28-32).

Elder Jeffrey R. Holland observed how easily we are distracted by false influences that keep us from partaking of the joy the Gospel of Jesus Christ offers. “Some days it is as if we have been locked in a cubicle of a great and spacious building where the only thing on the TV is a never-ending soap opera entitled Vain Imaginations.”2

Like the first son we might imagine that it is easier and more satisfying to follow worldly desires and interests and ignore the things of God. We may want more personal recognition. Instead of using them to build the Kingdom we may squander the gifts and talents we have inherited from God in selfish pursuits. Sooner than we think we end up alone, unhappy, acutely aware of the emptiness and impermanence of these things, and the magnitude of what we have lost. We can, however, like the younger son, come to ourselves and strive to return. This requires humility and determined effort, but we can find hope and strength in knowing that the Lord waits for us, sees us, has compassion for us, even when we are a long way off. He is able to meet us wherever we are on the road back. We can be assured that if our hearts are humble and willing, we can be restored to the happiness and blessings that we thought were lost forever.

Like the older son, we may forget that the worth of souls is great in the sight of God. We can become resentful of the recognition others may receive. We may find it hard to forgive those who have offended us. When we are struggling and see the Lord blessing others, we may even become jealous or envious. We ought to emulate the example of the younger brother: we should “come to ourselves” and remember Heavenly Father loves all of his children just as he loves us. His blessings are inexhaustible and we are never lessened by sharing them with others. Just as he “goes out” to meet those who were lost and are striving to return, he also “goes out” to us, the older brother, pleading that we lay aside our grievances, pride, self-pity, and return to full participation so the Holy Ghost may be unrestrained and our joy may be full.

Like the sons of Mosiah in the Book of Mormon, Alma had been called to repentance by an angel and like them had spent many subsequent years diligently working to bring others to repentance. Was Alma surprised at the marvelous success of his brethren among the Lamanites? Perhaps. Rather than envy their remarkable and unprecedented success, Alma rejoiced. “And behold, when I see many of my brethren truly penitent, and coming to the Lord their God, then is my soul filled with joy; then do I remember what the Lord has done for me, yea, even that he hath heard my prayer; yea, then do I remember his merciful arm which he extended towards me” (Alma 29:10).

It's important to remember that this is a parable...a story...that follows parables about lost sheep and a lost coin. But now the Savior teaches us about a lost person. A lost soul. There are so many deep lessons to be learned from this parable. We all are, or have been, the younger son in some way. We definitely must "come to ourselves" at some point in our lives to accept Jesus's gift of atonement and grace. We always have opportunity to be the father...to be forgiving and accepting and welcoming and loving. To leave the past behind, and just be grateful for today. And we are so very often the older brother...a little self righteous, jealous, judgemental, and angry. For a wonderful in depth study of the parable, read "The Return of the Prodigal Son" by Henri J. M. Nouwen. Once again, there is much more depth to this story than we usually think, as we skim over it in Sunday school and our personal study.

Did the Younger son repent? We know that he recognized his wrong doing and he expressed sorrow. While he was given the robes, shoes and ring by his father, a number of Apostles have stated that the prodigal son had squandered his inheritance and would not be placed before the older son. I am trying to square the article with the many statements of apostles and prophets that seem to indicate otherwise to what the article contains.