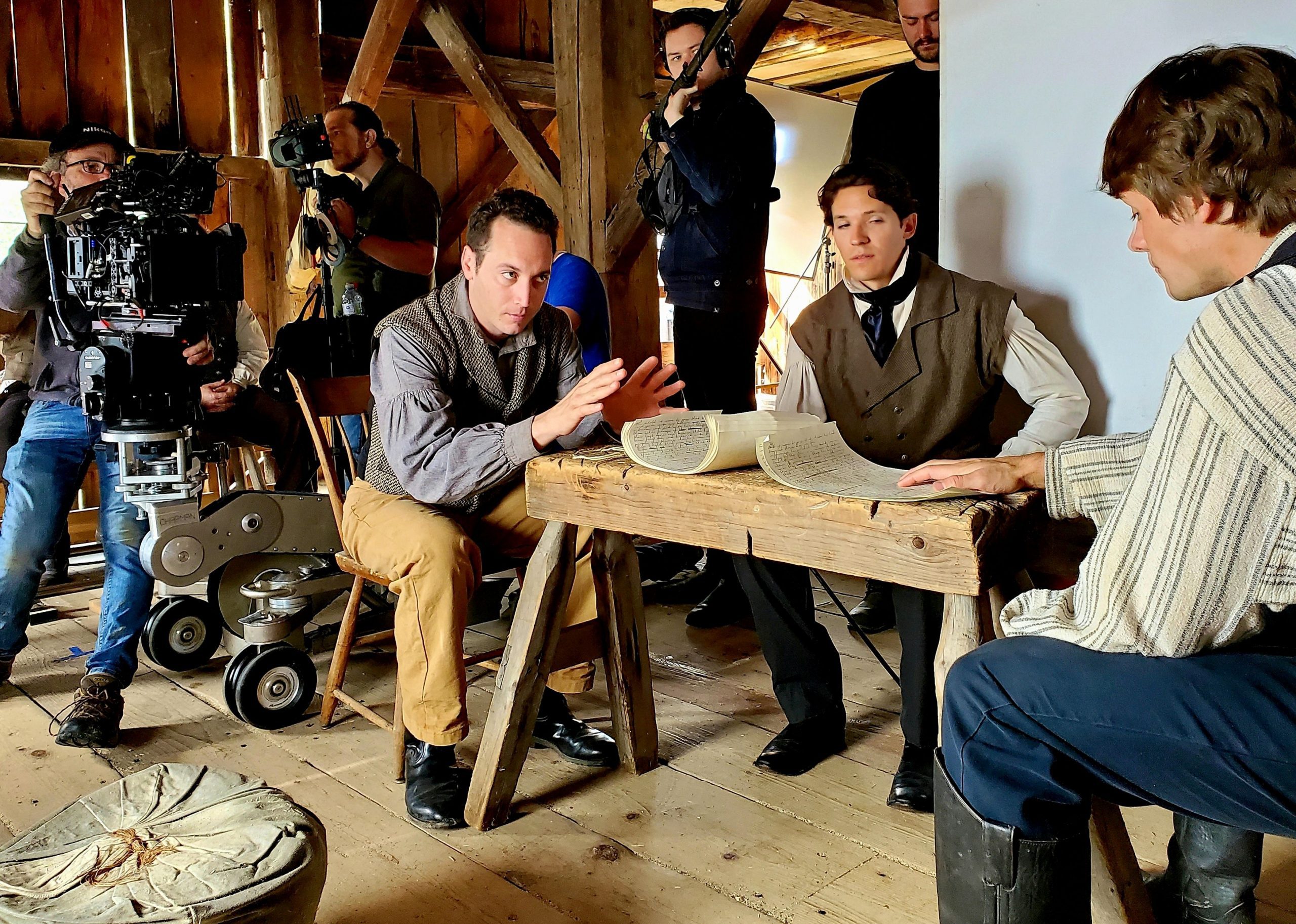 In my immediately previous post, I observed that the Interpreter Foundation’s Witnesses film is being “review bombed” over on the “Rotten Tomatoes” site by critics who have been giving it the lowest possible score — a half-star — on the RT five-star scale in order to depress its audience rating.  A reader of this blog, responding to that fact, suggested a new advertising slogan for the movie along the lines of the one that I’ve used in my title, above.

At an online location that is sympathetic to the half-star down-voters (and very hostile to me personally), it’s been pointed out that very many of the folks who have had positive things to say about Witnessesat “Rotten Tomatoes” are first-time reviewers.  The insinuation is that their comments and ratings are, thus, of no value.   (No value, at least, beyond the bleating of easily-led and naïve “sheeple.”)  In fairness, though, I have to report that my sampling of the half-star down-voters failed to find a single one of them who had a history at “Rotten Tomatoes” prior to trashing Witnesses.  And, candidly, I’m not even sure how many of them there actually are.  It would not be at all difficult, I expect, for a small group or even a single individual possessed of middling social media skills and a burning, driving, obsessive animus to register multiple times on “Rotten Tomatoes” and, repetitively thereafter, to post myriads of really short negative comments attached to abysmally low ratings.  In fact, I think it likely that something very much along those lines has actually happened.  For instance: Would multiple people, independently, have come up with the idea of falsely using the names of friends of mine (e.g., Louis M and Hugh N and Blake O), and even of my wife, and of commenters here at Sic et Non who have definitely not seen the movie (such as gemli and Fred K and noel h)?  A similar phenomenon commonly occurs, in an impotent and somewhat pathetic way, with the rating of comments to this very blog.

When he became aware of the “Rotten Tomatoes” situation, my friend Tom Pittman shared an interesting article from the Washington Post with me.  It makes me feel just a slight bit better  — I guess? — to learn that similar misbehavior is occurring even in situations that involve human health, life, and death:

I’ve heard restaurant owners lament disingenuous Yelp reviews, too — business-damaging reviews that perhaps came from rivals or from personal enemies or even merely from random malice.  And quite a few years ago now, I remember the owner of a large bed-and-breakfast in Füssen, Bavaria, where King Ludwig II’s famous fairy-tale castle of Neuschwanstein is located.  We hit it off quite well because he was able to speak German with this visiting American who had been there before.  He begged us, emotionally, to post a positive rating as soon as possible after we left, because he had recently been the victim of a wave of harshly critical ratings that unjustly criticized his immaculate establishment as “really filthy” and faulted his wonderful breakfasts as “inedible.”

The cowardice and dishonesty manifest in such anonymous and baseless down-voting seems to me genuinely contemptible.

I’ve also had some dealings, late last night and this morning, concerning movie piracy and apparent infringement of the Witnesses film’s copyright.  It seems that a member of the movie’s audience situated in some theater’s “stage right” seating area surreptitiously recorded at least a sizable chunk of Witnesses — and very probably the entire movie — as it appeared on the theater’s screen, posting it thereafter online.  A link to that posting was then shared, with dismissive commentary and derisive follow-up comments, on the same message board that I described above as “sympathetic to the half-star down-voters (and very hostile to me personally).”  To the credit of the administrators there, they removed the link after I and one of their own alerted them to it and remarked that recording theatrical screenings and posting them on social media may well be — as one industry professional told me last night — a violation of federal law.  Our attorney is dealing with the original site where the upload can be found.  I’m not litigious; I hope that a suggestion to cease and desist will do the trick.

See the movie that enemies of the Church absolutely hate.

I recall reading many years back that it was common in parts of Asia for someone to set up a video camera and a tripod in the back of a theater and, quite brazenly, record the screening of a blockbuster movie (say, Star Wars).  The recording would then be copied multiple times and sold in China.  Pure profit.  And just try enforcing Western copyright law in rural China!

Many years ago, I was in Tehran, Iran, participating in a conference on the sixteenth/seventeenth-century Iranian philosopher Mulla Sadra.  One day, I was walking along with Oliver Leaman (then of the University of Liverpool) when, out of the blue, an older fellow came up to us and introduced himself in quite good English.  Addressing Professor Leaman, he said, “I’m the translator of your History of Islamic Philosophyinto Persian.  Would you like a copy?”  Oliver indicated that, yes, of course, he would.  After the man walked away, though, Professor Leaman turned to me, saying, “I didn’t even know that there was a Persian translation!”  But what recourse was there?  Just try enforcing British or American copyright law in the Islamic Republic of Iran.

Here’s a television review of Witnessesby Val Cameron on the Good Things Utah show from Salt Lake City’s ABC-4.  I confess that I was quite surprised to see the letter grade that Ms. Cameron gave to the film after hearing how enthusiastic she had been about it.  But then I noticed that, of the three movies that she reviewed during the show, Witnesses shared the highest grade with one and beat the other.  So she’s a tough grader, apparently.  (Though, happily, she didn’t give us a half-star out of five!)  And, for whatever it may be worth, she’s also not a Latter-day Saint:

“New movies to check out this weekend”

Along with the Rawson's (Richard and Carol) we saw the Witnesses in our local Harkings theatre here in Gilbert this week. We joined many in the theatre clapping at the conclusion. Very well done Dan !! The actors did a great job, especially with Joseph Smith. My favorite part of the movie is at the end when Martin Harris said, "It is enough" after receiving confirmation he was loved by the Lord." NOW, what's next? You can't stop now, bring us more light and truth!!

We viewed this movie just last night and I give it 5 stars. It was moving, it was well-acted, cinematography was outstanding! Obviously the topic was special to me and I know these were true.