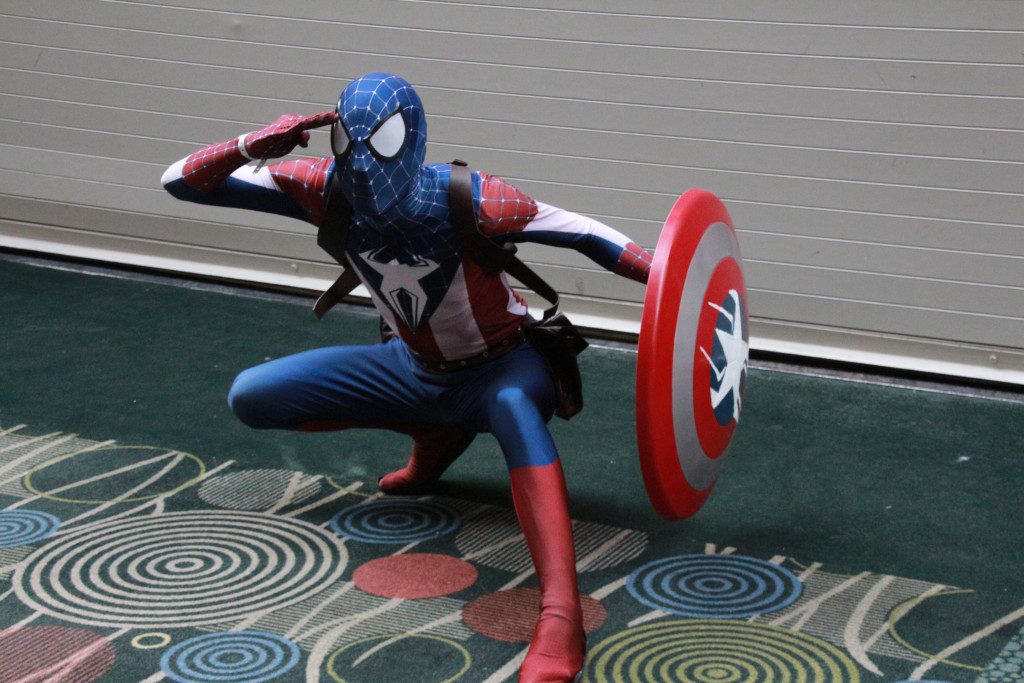 At this week’s Salt Lake Comic Con, some 100,000 fans will gather across from Temple Square to celebrate superheroes, science fiction, and fantasy. With celebrity guests including Mark Hamill (Luke Skywalker), William Shatner (Captain Kirk), Evanna Lynch (Luna Lovegood), and a Dukes of Hazard reunion, along with local favorites such as the comedy troupe Studio C and directors Keith Merrill (The Testaments, Legacy) and Garret Batty (The Saratov Approach, Freetown), this Con is shaping up to be the state’s best yet.

If you’ve never been to a Salt Lake Comic Con event, allow me to show you why you ought to consider it. These photos were taken at their FanX event, held last March at the Salt Palace. (Photos by C.J. Jackson and Shawn Healy, video by The KJZZ Movie Show).

This Batman’s armor won’t protect him from a thing!

Yours truly prepares to speak on a panel.

The movie wasn’t very good, but that Batman suit is amazing.

KidCon is a space for kids to cut loose and do their thing.

My buddy and I ran into Master Splinter!

Harry Potter actor Jason Isaacs (Lucius Malfoy) had the crowd in stitches with tales of kicking an imaginary Dobby.

Who you gonna call?

I got close to a Dalek from Doctor Who… and lived to tell the tale.

Twisted Toonz gives audiences the chance to laugh with cartoon voice actors at their best.

My friends and I tempt Gollum with our respective rings… while Gandalf has problems of his own.

Jonathan Decker is a licensed marriage and family therapist available for online sessions throughout Utah and face-to-face sessions in St. George. He was the co-host of The KJZZ Movie Show, winner of the campus-wide BYU Talent Show, performer with Divine Comedy, and star of numerous independent action-comedies. His book 250 Great Movies for Latter-day Families is now available in paperback and Kindle. You can see him on multiple panels in this week’s Salt Lake Comic Con. For Jonathan’s relationship tips and family movie reviews please visit yourfamilyexpert.com.