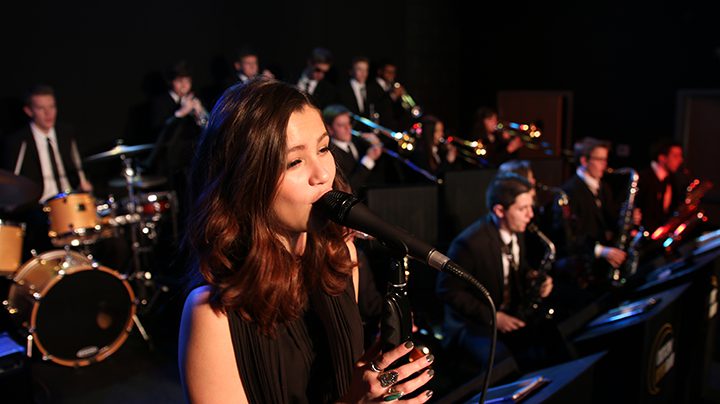 RootsTech, the largest family history conference in the world, announced today additional musical guests and keynote speakers who will join its inspiring all-star lineup. Nationally renowned musicians the Crescent Super Band and Ryan Innes will partner for an exclusive performance during the opening social event on Thursday, February 4. The session of RootsTech on Friday, February 5, will feature award-winning radio producer and founder of StoryCorps, David Isay, while the session on Saturday, February 6, will feature Michael Leavitt, who served in the Cabinet of President George W. Bush. Concluding the conference on February 6 will be the musical group The Lower Lights.

Organized in 2001 under the direction of award-winning performer Caleb Chapman, the Crescent Super Band has frequently been hailed as one of the best professional bands in the world. The international demand for their big-band sound has taken them all over, including Havana Cuba’s “Fiesta Del Tambor” and headlining at a packed Carnegie Hall.

Singer-songwriter Ryan Innes will join the Super Crescent Band for Thursday’s performance. Innes appeared on NBC’s hit TV show, The Voice, where he impressed celebrity judges with his soulful vocals. Innes and the Super Crescent Band will take the stage during the opening social event of RootsTech, which starts at 6 p.m. on Thursday, February 4.

Radio producer and New York Times best-selling author David Isay will speak on Friday, February 5. Isay has received numerous broadcasting honors, including six Peabody awards and a MacArthur “Genius” Fellowship. He is also the founder of StoryCorps, an award-winning organization that provides people of all backgrounds and beliefs with the opportunity to record, share, and preserve their life stories. Earlier this year, Isay received the rare TED prize in honor of his work with StoryCorps.

“We can learn so much about the people all around us, even the people we already know, just by taking the time to have a conversation,” Isay said. “And if you pay just a little attention, you’ll find wisdom and poetry in their words.” Isay’s latest book, Ties That Bind: Stories of Love and Gratitude from the First Ten Years of StoryCorps, celebrates the relationships that change our lives.

Michael Leavitt will be a keynote speaker on Saturday, February 6, along with Doris Kearns Goodwin. Leavitt has served in a variety of roles, including in President George W. Bush’s cabinet as the tenth administrator of the Environmental Protection Agency and as secretary of Health and Human Services. He was also a three-time elected governor of Utah. In his current role, Leavitt is the founder and chairman of Leavitt Partners, a health consultancy group.

The Lower Lights’ sound has been described as bluegrass, folk, gospel, Americana, and “roots-y.” In the five years since its inception, the group has recorded three gospel and two Christmas albums. Audiences are often invited to participate in their concerts.