Resources from Egyptologists for Studying the Book of Abraham: Authenticity, Translation, Facsimiles, and More | Meridian Magazine 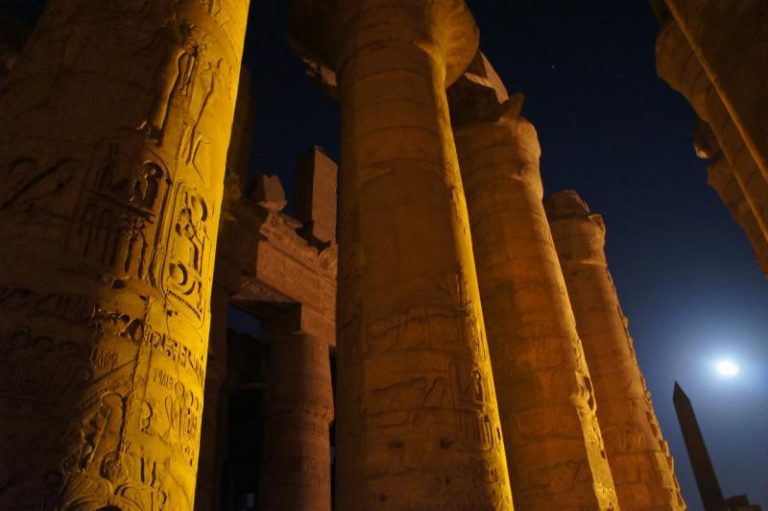 Resources from Egyptologists for Studying the Book of Abraham: Authenticity, Translation, Facsimiles, and More

The Book of Abraham is believed by members of The Church of Jesus Christ of Latter-day Saints to be “an inspired translation of the writings of Abraham” that the Prophet Joseph Smith “began . . . in 1835 after obtaining some Egyptian papyri” (The Pearl of Great Price, Introduction). Canonized by the Church in 1880, the Book of Abraham uniquely teaches several important doctrinal truths about the Abrahamic covenant and the Plan of Salvation. It also narrates an account of the patriarch Abraham’s near-sacrifice at the hands of his idolatrous kinsmen in Ur of the Chaldees, his journey into Canaan, the covenant he made with God, and his vision of the pre-mortal world and of the Creation.

To aid readers in better understanding the Book of Abraham and answering questions about its origin, historicity, and teachings, in August 2019 Book of Mormon Central began publishing a series of short essays about the Book of Abraham as part of its Pearl of Great Price Central research initiative. Drawing on pioneering and cutting-edge research from both Latter-day Saint as well as non-Latter-day Saint academic resources and scholarship, this series highlighted some of the more noteworthy convergences between the Book of Abraham and the ancient world, explored how Joseph Smith’s interpretations of the facsimiles harmonize with modern scholarship, and provided an overview on what is known about the coming forth and translation of the text.

By January 31, 2020, Pearl of Great Price Central published forty Insight articles on the Book of Abraham and one video on the historicity of the text (with two more videos on the facsimiles and translation of the Book of Abraham currently in production). These various lines of evidence are not meant to “prove” the Book of Abraham is true, but they are intended to help readers situate the text in a plausible ancient environment, provide context for its teachings and narrative, and positively impact Joseph Smith’s claims to prophetic inspiration. This is ultimately the goal of the project: to pursue academic venues of inquiry to better understand the text and its ancient context; thereby raising appreciation for it as sacred scripture and strengthening faith in Joseph Smith’s calling as a seer and revelator.

The team behind the Book of Abraham Insights was comprised of members of Book of Mormon Central’s resident research and writing staff and independent volunteer research consultants and peer reviewers, including three scholars with doctorates in Egyptology: John Gee (PhD, Yale), Kerry Muhlestein (PhD, UCLA), and John S. Thompson (PhD, University of Pennsylvania). In addition to academic knowledge of Egyptology and related fields, members of the research team also have training in Latter-day Saint history, including work on the Joseph Smith Papers Project.

With their combined expertise and scholarly training, the research team behind the Insights were able to provide helpful summaries of past scholarship as well as fresh, groundbreaking perspectives and evidences. For an example of an Insight that documents new evidence for the text of the Book of Abraham, see Insight #16 (“Shinehah, The Sun”), which was published in October 2019. This Insight draws attention to the plausible attestation of the name Shinehah (Abraham 3:13) in ancient Egyptian texts from the time of Abraham.

From the outset of this project, the research team felt that reaching consensus was important before any material was published. Many of the issues surrounding the Book of Abraham and the Joseph Smith Papyri continue to be debated or remain disputed among scholars, and each member of the research team brought with them their own perspectives. During the writing and research process, each member of the team was free (and indeed encouraged) to voice disagreement with the content in any draft of any given Insight. The lively discussion and different points of view among the scholars involved in the project helped increase the overall quality and precision of these Insights. All viewpoints were listened to, and the discussions greatly helped inform the scholarship undergirding the Insights.

In addition to the forty Insights, a robust bibliography on the Book of Abraham has been assembled to provide readers with easy access to historical and current scholarly resources on the text and to give a sense of the scope of research Latter-day Saints have devoted to the Book of Abraham. Some of the items in the bibliography were digitized and collated for the first time on the Book of Mormon Central archive, such as Hugh Nibley’s series “A New Look at the Pearl of Great Price,” which originally ran serially in the Improvement Era from 1968–1970.

Finally, a newly reformatted study edition of the Book of Abraham has been prepared to help facilitate a close, engaged reading of the text.

There is still much that we do not know when it comes to how exactly Joseph Smith translated the Book of Abraham, including the exact relationship between the text and the Egyptian papyri. There are also remaining questions surrounding Joseph Smith’s interpretations of the facsimiles and the ancient world of Abraham. (For starters, although some scholars have taken initial steps in this direction, a full, robust methodology for studying the facsimiles has yet to be articulated.) This project does not presume to answer all the questions people may have about the Book of Abraham, its coming forth, and its contents. Rather, it hopes to equip seekers and honest questioners with the best, most reliable scholarly resources available and provide answers or insights where possible.

An Egyptologist’s Thoughts on Studying the Book of Abraham

To add to your understanding and enjoyment of Pearl of Great Price Central’s material on the Book of Abraham, Kerry Muhlestein, a member of the research team behind this exciting effort, has offered some of his thoughts on how to rigorously and thoughtfully study the Book of Abraham.

As I approach studies in the Book of Abraham, including my role in creating the articles for Pearl of Great Price Central, I have been guided by the following principles.

1) I want, above all things, to apply my training and skills in better understanding the Book of Abraham’s text and its various contexts. Exploring and researching are aimed at this goal.

2) Believing that we have nothing to fear and nothing to hide, I have been unafraid to explore any aspect of the Book of Abraham, and feel it is important to be fully transparent and forthcoming with the evidence. No evidence is to be hidden or omitted. When mistakes are made or further research proves old publications to be outdated, we should admit this publicly and in publications. I have adhered to this.

3) I believe we must be judicious with the sources. This includes recognizing what ancient and modern sources and modern scholarship is capable of telling us, and what it is not.

4) I believe that rigorous academic standards must be employed. Methodologies must be thoroughly examined and adhered to. Further, evidence brought to bear on the subject should have the weight of sound academic practice lying behind it. If I try to bring my own Egyptological research to bear on the subject of the Book of Abraham, it must first have gone through an Egyptological peer review and publication process. Having been through that process, it can then be applied to the Book of Abraham, which involves yet another academic peer review process. If I am using the scholarship of another Egyptologist, whether a Latter-day Saint or not, I believe we should only use scholarship that is academically sound and then have its application to the Book of Abraham be peer reviewed. Thus, any Egyptological matters that are brought to bear on the Book of Abraham have been through an unusual amount of peer review and academic rigor, which is as it should be for such an important topic. Mistakes will still be made, and progress is inevitably our path, but such progress is only possible when this kind of academic rigor is adhered to.

5) I believe we should be cognizant of and transparent about assumptions. Too much of what has been said about the Book of Abraham has rested on unnoticed and untested assumptions. These assumptions must be recognized and brought to light, where they can become hypotheses, and be tested. Thus, assumptions need to be openly acknowledged and discussed.

6) As a subset of this, I believe that regarding the Book of Abraham there are no unbiased researchers. Everyone starts with an initial assumption. They either believe that Joseph Smith could possibly receive divine aid to translate ancient documents or he could not. This original assumption will color how every other piece of evidence is interpreted. Responsible scholarship will recognize that there is a beginning, foundational assumption, and be transparent about it. Anyone who does not recognize their starting point is being intellectually dishonest, both with themselves and their audience. They also misunderstand scholarship. Anyone who pretends that scholarship is not affected by these kinds of views also fails to understand the scholarly process.

7) I believe we should attempt to accurately portray the arguments of others, and that it is academically irresponsible and intellectually dishonest to misrepresent their statements or arguments.

I continue to admire and appreciate the work you are doing at Book of Mormon Central. The results are I done a great deal more to increase my study and understanding of the word of God in the scriptures. Keep up the great work.