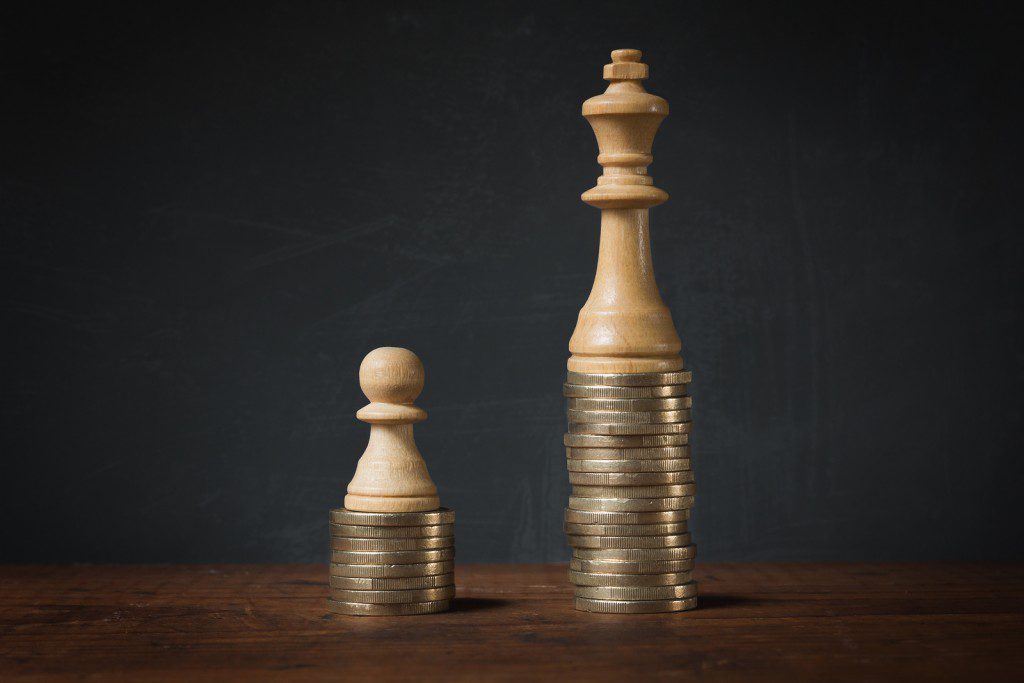 ‘Repair the Breach’ (Giving Away the Half You Don’t Eat)

Editor’s note: This is Article 10 in the Meridian series, “The Half-Diet” wherein Richard Eyre lays out the basics of the most simple and logical method of losing weight and keeping it off. New installments in the series run every Wednesday. Most of the concepts are taken from Richard’s latest book THE HALF DIET DIET. Meridian readers who comment on all articles in this series will be put into a drawing for free copies of the book when the series concludes. Readers may still comment on articles 1 through 9.

You may think your desire to lose weight is the only justification you need to live by the Half Diet. But if you want it, there is a deeper and higher level of motivation that may also help.

Four thousand years ago, the prophet Isaiah foresaw our day. He predicted and warned about many things, none more graphic and haunting than his 58th chapter where he speaks of the growing gap or ‘breach’ between the rich and the poor.

As the breach gets wider, it destroys the happiness of both extremes. The poorest of the poor face insurmountable problems of hunger, thirst, disease, and lack of education. The richest of the rich (which, on a relative global scale, certainly includes most Americans) face the opposite but potentially equally devastating (especially to kids) problems of boredom, indifference, instant gratification, attitudes of entitlement, and lack of appreciation.

The gap or the breach is the enemy that undermines both sides. No wonder Isaiah challenged us to be, each in our own way, ‘repairers of the breach.’

So what has any of this to do with the Half Diet? Well, think about the “kids are starving in Africa” cliché so many of our mothers used to get us to clean our plates. While the cause and effect may not be quite as direct as Mom implied, children in Ethiopia and Haiti are starving, and it is not completely beyond our capacity to help. Remember that no matter how wide the breach is, you become one of the ‘repairers’ even if you close the gap one micro-sliver by feeding one poor child.

In addition, making a small effort in that direction can have a positive psychological effect on our ability to observe and follow the eat-half diet. It completes the circle in a way. As we eat half, we give the other half to someone who benefits as much from having it as we benefit from giving it up.

Relatively easy ways to accomplish this include ‘sponsoring’ a Third-World child for about $30.00 a month or making small, regular donations to a local soup kitchen or shelter. Doing something like this will complete the loop and add a very interesting and beneficial form of motivation to your effort to consistently eat half. Or, we can simply add the amount of money we save by eating half to what we give for Fast Offering.

Make your eat-less-and-give-more formula as mathematically accurate as you can. You won’t spend half as much money on the food you eat with the diet because as the quality of your food goes up, some of it will cost more. But make up a food budget for a week or a month while you are eating half. Then compare it with the estimate of what you spent before and find a way to give roughly the difference to those who are hungry.

Don’t fall victim to the old “realistic” excuse about the problem being so big and global that you are obviously incapable of making a dent in it. Environmentalists don’t recycle because they think they can rid the whole world of pollution; neither do they avoid aerosol cans because they think they can single-handedly fix the ozone hole. Instead, each one does what he does because it is his tiny part and because it is the right thing to do and because it makes him a stronger, better person.

We can be like that—like the beach walker who came upon a vast mass of beached starfish and started throwing them back one at a time. An amused critic passed by and said, “There are too many. You’ll never make a difference.” The man threw another one out into deep water and said, “I made a difference to that one.” He also made a difference to himself, to his character, and to his motivation–the same kind of difference you will make as you eat half and give half away.

Giving half and repairing the breach can give us empathy and help us see things as others see them. As we adopt some of the appreciation and the awareness of those we help, our own lives become richer and our motivation to the Half Diet grows stronger.

This is an intriguing perspective and idea, something that I'll have to ponder over. Thanks for sharing it.

This is so insightful. If we base our health or weight loss goals on only selfish motivations, eventually we will probably fail, since it's the selfish part of us that also wants to pig out on the ice cream. We need to tap into more worthy parts of us to get lasting motivation.