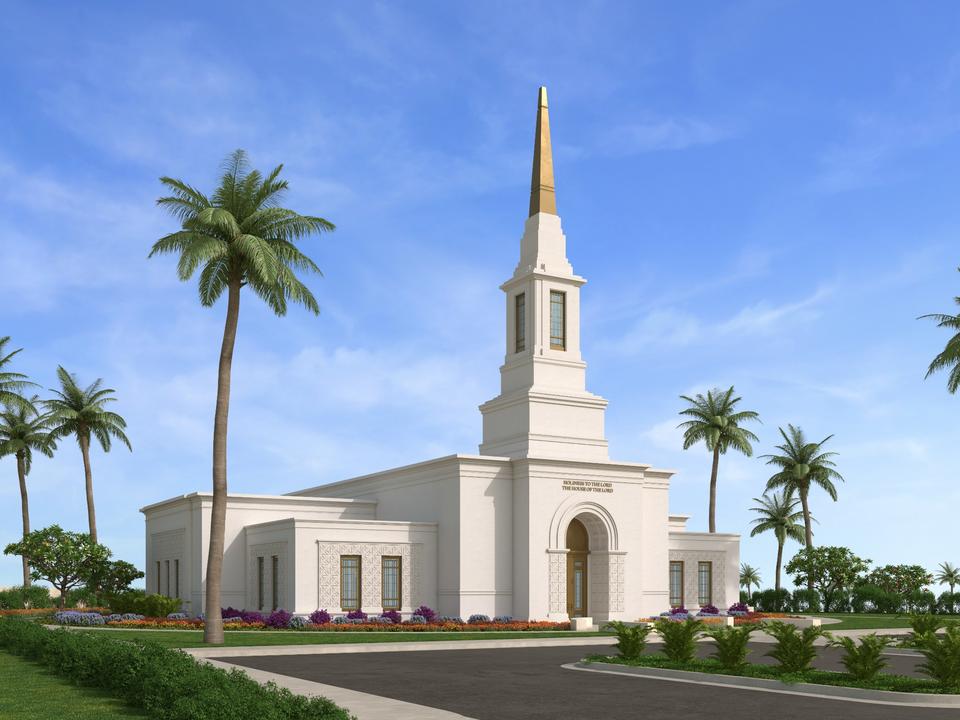 The Church of Jesus Christ of Latter-day Saints has released an exterior rendering showing the planned design for the Port Moresby Papua New Guinea Temple.

This comes as project leaders begin the process of working with local government officials relating to the temple’s design in preparation for the eventual groundbreaking and beginning of construction.

The Port Moresby Papua New Guinea Temple, which was announced in October 2019 by President Russell M. Nelson, will be built at Muniogo Crescent, Badili, Port Moresby, Papua New Guinea. Plans call for a single-story temple of approximately 9,550 square feet. Missionary and patron apartments, a temple president’s residence, and a distribution center will also be constructed on the site. The meetinghouse currently on the site will be removed. This will be the nation’s first temple. Nearly 31,000 Latter-day Saints live in Papua New Guinea.

Detailed design plans for this temple are still in process.  A groundbreaking date has not been set.