Reading to Bring You the Christmas Spirit | Meridian Magazine 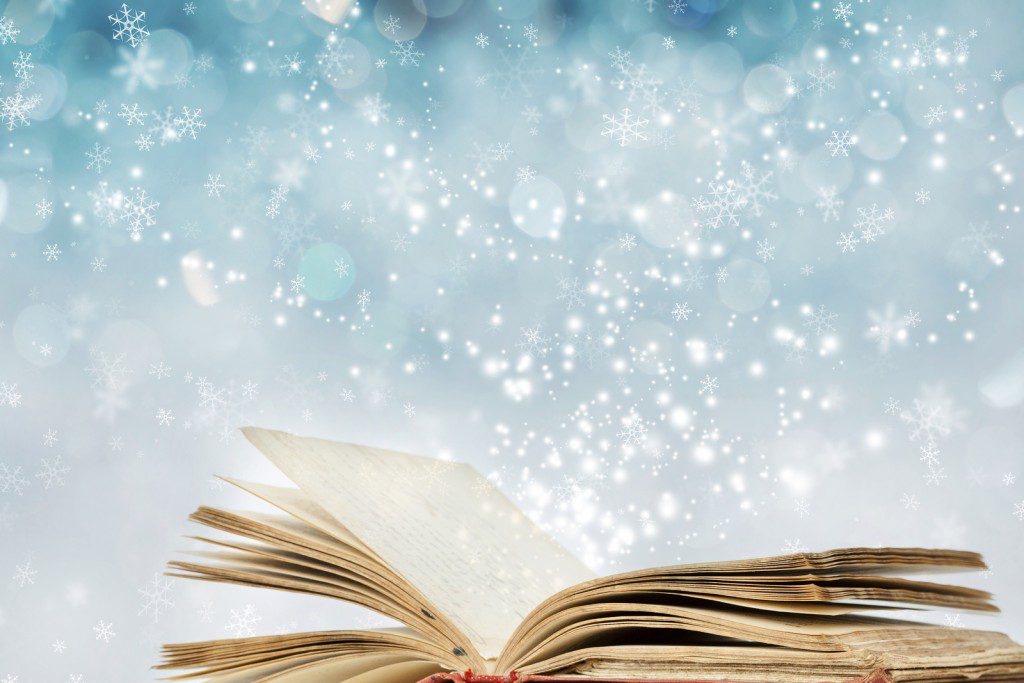 Reading to Bring You the Christmas Spirit

Christmas time is a wonderful time to enjoy and read books about, and for, this special season. This sacred holiday is our reminder to celebrate Christ and His gospel all year: to be more giving, forgiving, accepting and selfless and to remember His great Atoning sacrifice! All of these, except the last two books, are picture books and are good for all ages. The last two books are fiction books where you’ll find mention of the appropriate ages.

Asleep on the Hay: A Dust Bowl Christmas, written and gorgeously painted by Bern Sowards, is a picture book that takes place during the dust storms in the Midwest during the 1930’s. Young Paul is living with his grandfather in their dusty barren farm while his parents look for work elsewhere. His one prized possession, that he dearly loves, is his young calf. Everything changes when a couple knocks on the door with their very sick baby. Their truck has broken down and they have no way to get their baby to a doctor. Neither grandfather, nor these parents, has the means to fix the truck. But there is one item that could be sold to receive the much needed money and Paul has to come to terms with this selfless decision. There are many parallels of Christ’s birth and Paul in his dusty barn. In fact, he has a dream about Christ’s birth that promotes/resonates his decision. The book begins with John 14:27 that radiates throughout the story.

The Christmas Miracle of Jonathan Toomey, by Susan Wojciechowski, and beautifully painted with watercolors by P. J. Lynch, has recently been reissued as it has become a Christmas classic. It was originally published in 1995 and appears to take place in the 1800’s. Jonathan appears to others in his town to be grumpy and irritable. But he is actually sad and lonely. His wife and young child died many years ago and he seems to have lost his love for life. When a widow and her young son enter his life, everything changes. Jonathan is an experienced woodcarver and she desires a manger set. She also arranges to have her son watch and learn from the master woodcarver. A transformation occurs with Jonathan and there is another parallel with Christ’s birth compared to his change of heart.

The Polar Express, by Chris Van Alsburg, is celebrating its 30th year anniversary. This newly published edition includes a keepsake ornament and an audio download read by Liam Neeson. The book is still the same with the beautiful paintings of the train ride and the North Pole, as well as the storyline rich with imagination as the young boy experiences riding the train and exploring Santa’s city – and, of course, that magical bell.

An Invisible Thread Christmas Story, by Laura Schroff and Alex Tresniowski, and painted by Barry Root, is a true story that showcases how kindness and a giving heart can change lives. The story is told through the eyes of Maurice and how he met Laura, a young business executive, when he was eleven years old and living as a panhandler on the streets of New York City. Her act of kindness changed his life and there are “charitable acts of kindness” ideas for your family found at the back of the book.

Miracle on 133rd Street, by Sonia Manzano, and brightly illustrated by Margorie Priceman, begins with unhappiness as Jose’s family is homesick for their native Puerto Rico. Their tiny apartment’s oven is too small for their over-sized roast, so they arrange to have it baked at the local pizza restaurant. As Jose and his father trudge through their building and streets to the pizzeria, everyone they meet seems to be completely involved in their own lives and unfriendly to others. After they bake their roast and are returning, the delicious aroma fills the air and seems to soften hearts as they head home. It’s a “pied piper” event as neighbors begin following the two into their building and up the stairs. This lovely story reminds us that sharing food is a bit like sharing our lives and can bring kindness and friendship into lives.

Aunty Claus, by Elise Primavera, is an over-sized deluxe edition as this was first published back in 1999, but the story is still as entertaining and delightful as ever. But there’s also an important teaching element that is highlighted throughout the story – “It is far better to give that it is to receive!” Sophie is very spoiled but she is about to go on a wild adventure where she discovers not only who her aunt really is but the true meaning of Christmas. The pictures are vibrant and painted with gouache and pastel.

The Smallest Gift For Christmas, by Peter H. Reynolds, is a perfect tiny book with a big message. Young Roland wants a big present on Christmas morning, but all he sees is a small gift. He closes his eyes and wishes for a bigger gift. When he opens his eyes, there sits a larger present. But it still isn’t large enough. As he continues to wish for bigger presents, something happens to help him realize that he already has the most precious gift: family.

Certain Poor Shepherds: A Christmas Tale, by Elizabeth Marshall Thomas, and illustrated with colorful paintings sprinkled throughout by Jonathan Bartlett, is a story told from the vantage point of Ima, a goat, and Lila, a sheepdog. When they see the star shining over Bethlehem, they seem

to know this is something very special. They follow the star to witness the manger scene. They also encounter angels along their way. This sweet story is a perfect read aloud for all ages at family gatherings.

Home and Away: A World War II Christmas Story, by Dean Hughes, is an emotional story that will have you turning the pages until the very end. The story is told through the perspectives of both living at home during World War II and also fighting the war across the sea in enemy territory. Glen carries a sprig of lavender in his pocket to remind him of home. His younger sixteen-year-old brother, Dennis, can’t wait to join the war as soon as he turns seventeen. But when he purchases something very special for his mother, be ready for your emotions to be on alert! The author is an expert in weaving an interesting storyline about this important time in American history! This book is best geared for ages 11 through adult.

Another good one is "The Christmas Kitten" by James Herriott!