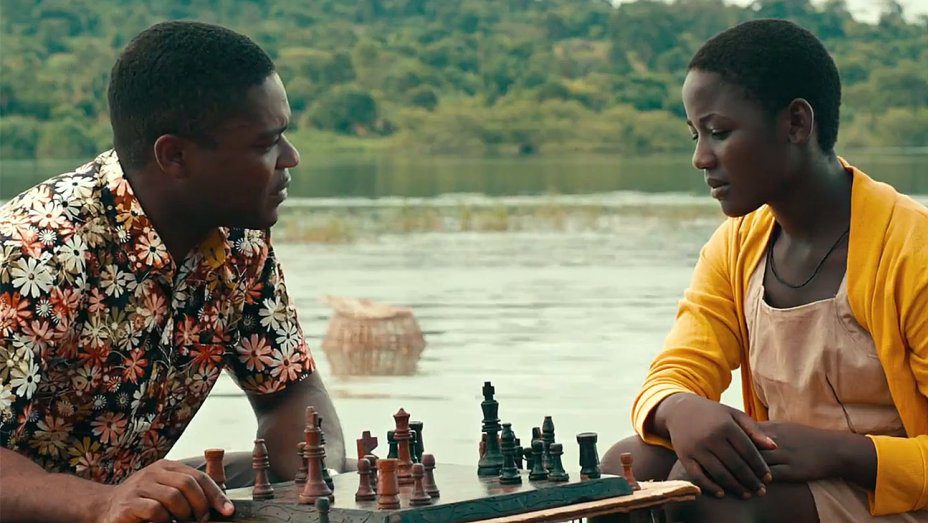 Queen of Katwe: Achieving Big Things from a Small Place

Mariah Proctor is the author of ‘So You Think You’re Too Poor to Study Abroad‘ now available on Amazon. Click here to learn more.

I love movies because of their power to transport you to worlds that are not your own and make you care deeply about something you knew nothing about before the film began. Rarely have I seen a movie as powerful in its ability to bring the audience into its world as Mira Nair’s Queen of Katwe. Set in a poor township outside Uganda’s capital, Queen of Katwe weaves a beautiful tapestry of African life, not shying away from the realities of real poverty, but also highlighting the color and detail and nuance of a life full of dancing and laughter and community.

The film tells the true story of Phiona Mutesi (played by Madina Nalwanga) who lives with three underfed and overworked siblings despite the tireless efforts of their worried mother (played by Oscar winner Lupita Nyong’o). In the midst of a day of selling maize, Phiona follows her brother to the local sports ministry and is invited by their coach Robert Katende (an amazing performance from David Oyelowo) to join in. Katende is teaching them the game that they can use to beat “city boys” despite being from the slum. The game is chess and this rag-tag team of “pioneers” are playing for their lives.

From the beginning, it is clear that this is a community where love, education, or achievement of any kind, is secondary to just getting your next meal. Phiona asks her mother, “Can you do big things from such a small place?” and is told that it’s better not to try. But in chess the pawn can become the queen and Phiona has gift for seeing eight moves ahead that sets her apart and sends her on a journey toward great things.

I don’t personally enjoy movies whose central aim is to inspire. I do, however, love a good story, well told and that’s exactly what Queen of Katwe is. Any inspiration comes as a byproduct. The director was masterful in capturing the setting and having a wide enough lens to show the entire board and not just the queen whose story we are following. The detail and charm and humor that is involved in the performances of each character down to the last chess playing child, was astounding. I felt like I knew them all, and loved them each.

Importantly, it is clear throughout the film that the victories that this chess prodigy achieves will not easily solve her problems back home. The tension between the new world she is discovering and the old one she keeps coming back to adds a fascinating depth to this character study.

Ultimately, this is a brilliant film for children and adults alike. With its color and life and vibrancy, it becomes an unforgettable journey to a place you will likely have never been, but will learn to love. It invites the audience into a world with very different issues than their own, but where determination is still the key to achieving the seemingly impossible.

Queen of Katwe had a limited theatrical release starting September 23. It opens to additional locations (including Utah) this Friday, September 30.

Mariah Proctor is the author of ‘So You Think You’re Too Poor to Study Abroad‘ now available on Amazon. Click here to learn more.