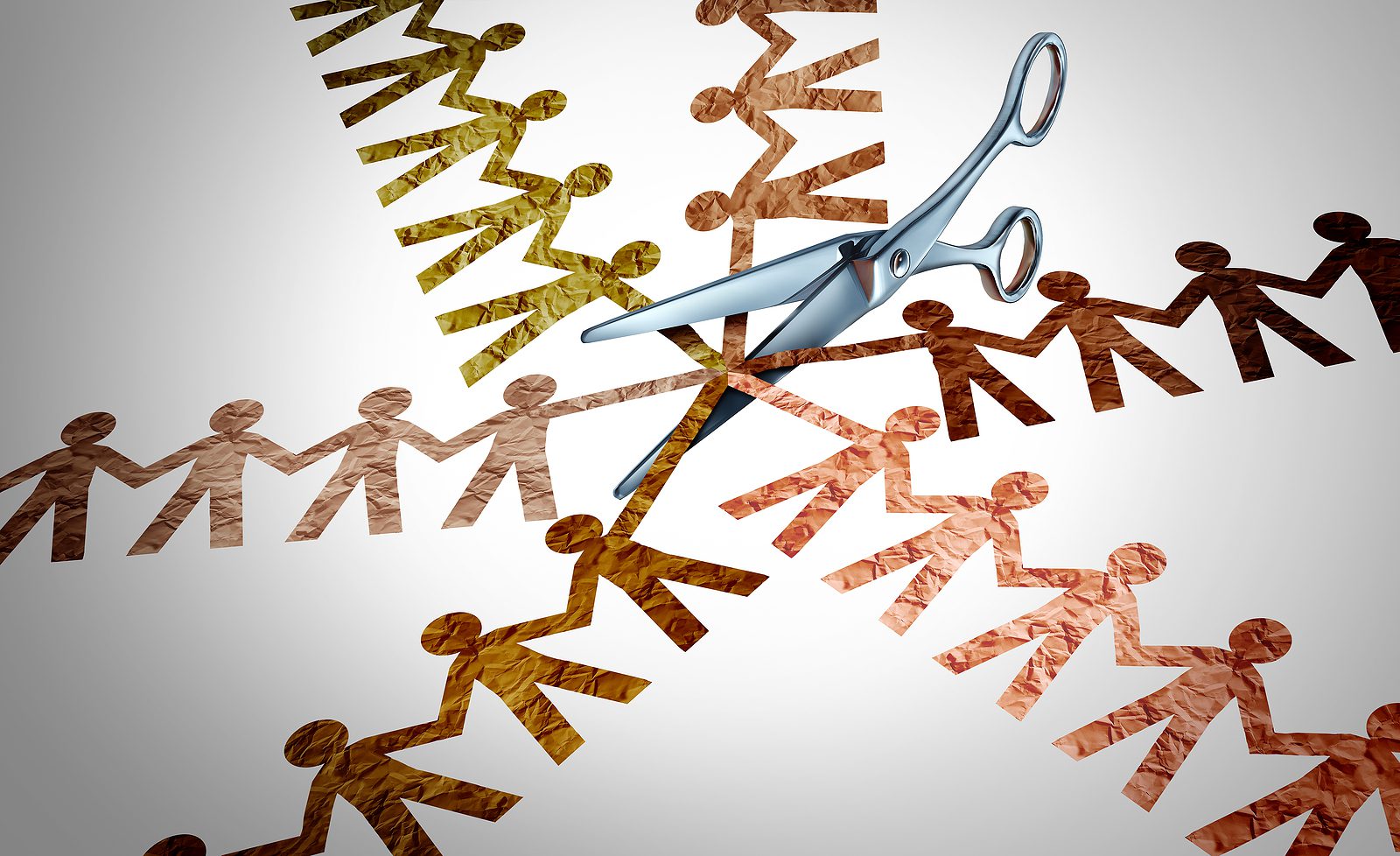 Imagine with me the following conversation:

What did you do in school today, Johnny?

Oh, well, in math class we learned that racism guides everything we do as people and as a country. Racism is behind all our thoughts. It controls government, business, our economy, and education. Capitalism is super racist because slaves were bought and sold to make people rich. We just like to talk like we believe in equality and freedom, but we don’t really. Did you know that the Revolutionary War was fought to protect slavery in America?

And did you know that babies begin to show signs of racism when they are only three months old? We’re just that way. ‘Cuz we’re white supremacists. If you say you aren’t a racist, that’s proof that you are. But our teacher taught us how to become anti-racists. We did an activity today to help us with that. We made identity maps. We listed things like our race, class, gender, religion, family structure, and stuff like that. I found out that we are part of a dominant culture because we’re white and middle-class and Christian and speak English. That makes us privileged. And we use that privilege to hold power and stay in power. Especially over people of color.

Then we learned about something called “intersectionality.” So, some people have parts of them that are privileged and parts of them that are oppressed. We used our identity maps to figure out where those parts “intersect.” Men have privilege, but women are oppressed. But a white woman has more privilege than a black man. And if you’re are a lesbian black woman, well, you really are oppressed. All the students formed a line based on how much privilege we did or didn’t have, then we wrote a page describing what parts of us have power and privilege and what parts don’t. We had no idea we were guilty of such oppression. But we are, so the teacher had us sign contracts admitting our racial bias.

One of the ways we’re going to fix white supremacy is through “disruption.” Our teacher gave us this handout that says, “Disruption is the new world order. It is the way in which those denied power assert power. And in the context of a larger strategy for how to contend for power, disruption is an important way to surface new possibilities.” So, we’re going to learn about disruption by recreating a Black Power rally to free Angela Davis from prison.

This scenario may seem unbelievable, but it has been created from actual classroom experiences based on critical race theory curricula.

An old movement with a new name

In 1990 David Horowitz, a “red diaper baby” raised by Marxist parents, and himself a Marxist in his early years, sounded the alarm regarding critical race theory. The utopian vision of Marxism – a world and humanity transformed by the erasure of class – ran out of steam in the 1960s. Public policy researcher, Christopher Rufo, points out that Marxist atrocities in China, the Soviet Union, Cambodia and Cuba – re-education camps and gulags, show trials, executions, food shortages and mass starvation – forced proponents to acknowledge that the West, with its large middle class and comfortable standards of living, was not inclined to engage in a workers revolution.

The utopian hope at the heart of Marxism did not go away, however. The pretext for revolution just evolved. Horowitz explains that “the agency of revolutionary change was no longer the proletariat, no longer a class. Instead, race, gender, and even sexual orientation” became the agent of change. Marxist idealogues found refuge in universities and created new ethnic and gender studies. The class struggle morphed into one based on race and gender bias. In the 1990s critical race theory became an academic discipline and its dogma has since infiltrated all aspects of our society and institutions: government, media, churches, corporations, the military, and university as well as public and private K-12 education.

The core tenets of critical race theory teach that:

For reasons both understandable and welcome, instances of police brutality, poor conflict de-escalation practices, and reckless behavior by individual police officers have caused Americans of every color, ethnicity, and political persuasion to examine weaknesses in our law enforcement system, our country’s past, and in ourselves.

The tragic death of George Floyd encouraged people to share their experiences with racism and thoughtlessness, as well as the concerns with which people of color and their loved ones live. If we profess to love our neighbor as ourselves, it is imperative that we listen to and consider these stories and do our part to make sure that prejudice and discrimination are relegated to the ash heap of history.

President Russell M. Nelson of the Church of Jesus Christ of Latter-day Saints joined NAACP leaders, Derrick Johnson, Leon Russell, and the Rev. Amos C. Brown, in stating, “Solutions will come as we open our hearts … , as we work to build bonds of genuine friendship, and as we see each other as the brothers and sisters we are—for we are all children of a loving God.”

The solution to racism will not be found, however, in critical race theory which ignores and discounts the blood shed to end the shameful institution of slavery, the abolition of laws designed to segregate and disadvantage, the creation of laws to establish and protect rights, and the advancement of people of color to positions of prominence and power in literally every walk of life. Critical race theory discredits those accomplishments because adherents ultimately seek a Marxist transformation. That includes the eradication of the capitalist system. Ibram X. Kendi, the director of the Center for Antiracist Research at Boston University, says, “In order to truly be antiracist, you also have to truly be anti-capitalist.”

Equity, then, is promoted to produce the Marxist utopia of which idealogues dream. However, as Horowitz so eloquently points out, that dream consists of a “Gnostic idealism that subverts its own ends and leads instead to the gas chambers and the gulag.” Tyranny is always the result of systems based on the principle of equity rather than equality.

What we all need to do

In many ways, that tyranny has already arrived. Cancel culture, ostracism, fear of losing one’s job are good incentives for remaining silent in the face of authoritarian ideology. Disagreement is “evidence” of racism – a label that once affixed proves hard to erase. But there are steps we can take to combat this threat to liberty, true equality, and our children’s wellbeing:

The time has come

Critical race theory, as well as all critical theories such as feminist theory and gender identity theory, has at its core Marxist ideology which has proven destructive and deadly every time it attains a position of power. Educate and arm yourself and your children with the truth. Martin Luther King, Jr. said, “There comes a time when one must take a position that is neither safe, nor politic, nor popular, but he must take it because conscience tells him it is right.” It’s time to call out critical race theory for what it is, employ every means possible to end its use, and model the true rejection of racism by building “bonds of genuine friendship” through love and service to all.

Resources for fighting fire with fire:

Excellent article. We must fight against CRT, and idea that most likely came from the adversary given its potential to seriously harm our nation.

"Educate and arm yourself and your children with the truth. Martin Luther King, Jr. said, “There comes a time when one must take a position that is neither safe, nor politic, nor popular, but he must take it because conscience tells him it is right.” It’s time to call out critical race theory for what it is, employ every means possible to end its use, and model the true rejection of racism by building “bonds of genuine friendship” through love and service to all." AMEN AND AMEN!